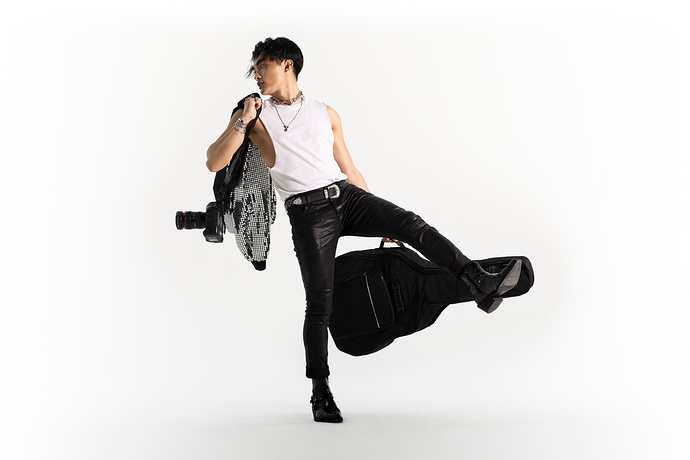 Tristan Leyco is a singer-songwriter, photographer and videographer originally from the Philippines. He and his family moved to New York City at the young age of 3, and he was raised doing everything creative under the sun. From a young age was encouraged to play the piano, guitar, clarinet, sing in the choir and join the school band. As of today, he is highly capable of producing, writing, mixing and mastering his own music.

He then turned to skateboarding, first as a hobby but soon began to get noticed by top sponsors before signing with Monster Energy. In 2011, his parents gifted him a camera to shoot some footage for his sponsors, and he soon realized that he enjoyed being behind the camera possibly just as much as in front of it. This gift shaped his future, and Leyco began working on his newfound passion of photography. Since then, he’s also co-founded two businesses, consisting of Implied Skateboards and the digital lifestyle publication ModelGrams.

Today, he’s worked with brands such as Nordstrom, Cole Hann, and many high profile models and personalities. He has built a successful career and reputation working with the most renowned models in the United States. He was introduced into the world of implied and nude photography by successful professional photographer Angel Isidoro, better known by his alias Shoot2iLL, and has built a social media following of over 150,000.

Keeping the Creative Juices Flowing by Always Doing What You Love

Leyco preaches to follow your heart and always do what you love. Despite his clear success in his current field, he believes that at some point in the future he will probably release an album “whenever the stars align”, due to his interest in creating and producing music. He believes the key to staying creatively productive is not to limit yourself to one particular interest or creative pursuit. He is a self-proclaimed “multipotentialite”, meaning he believes in having a limitless amount of creative outlets to fall back on in order to maintain a sound mind and keep the creative juices flowing.

Where does his motivation to succeed come from? He mentions that in the past, he felt tied down and stuck in a monotonous, endless loop. He knew that he needed to make a change, and so simply decided to say yes to every possible opportunity that presented itself in front of him. “Next thing you know, my life has changed drastically within a short span of time.”

He believes that if you put everything into what you are passionate about then the results you see will be worth the effort. He cites his favourite quote as “If you drop a ball on the floor it doesn’t bounce very high, but if you chuck that ball with everything you’ve got then it’s going to bounce so damn high. So, the effort you put into yourself is equivalent to how far you’ll bounce a.k.a. grow.” His huge range of creative pursuits have inspired in him a self-reliant discipline.

But what does the future hold for Tristan Leyco? He’s going to continue to progress his photography skills, grow the two businesses he’s co-founded, and hopes to give back as much as possible to his family. We’re sure we’ll be seeing a lot more of him in years to come.