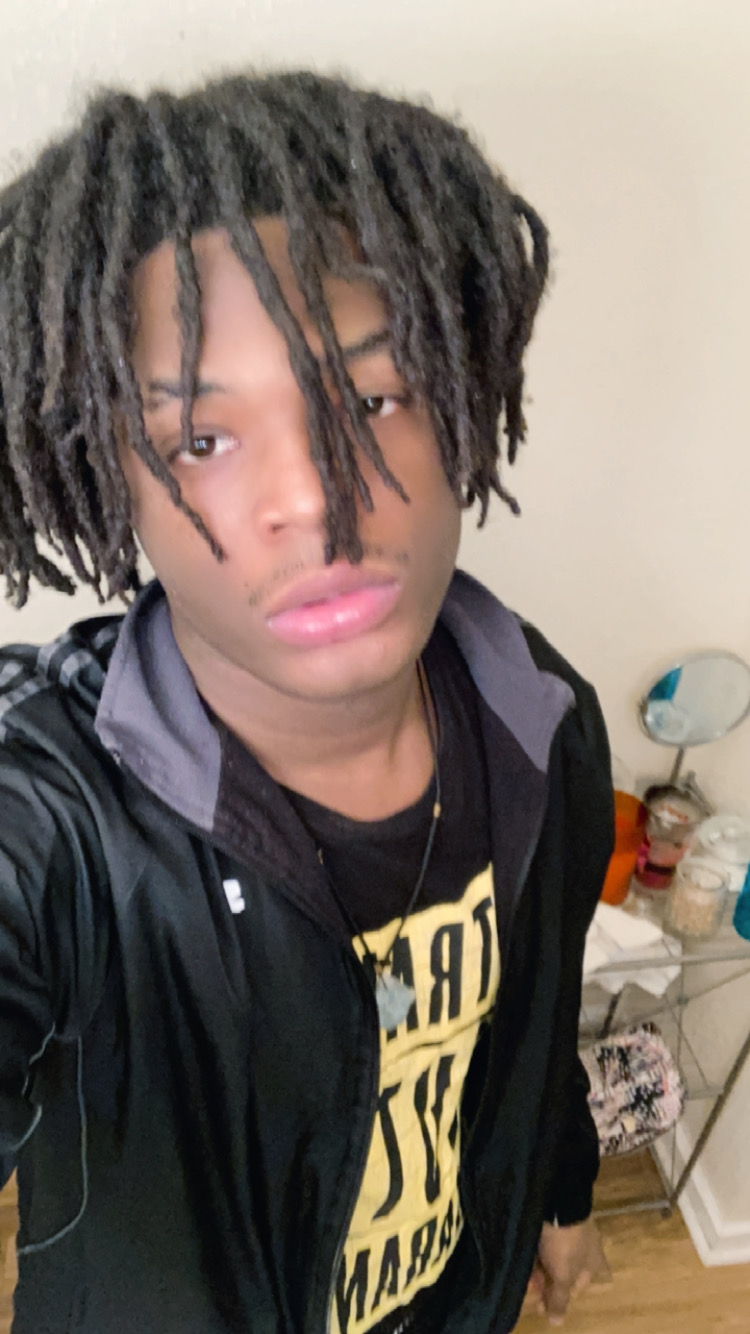 Lil Goosey, also known as Immanuel Artemio Ewing, is a 20-year-old alternative rap artist from Norfolk, Virginia. Riding high off of the success of his first project, The Eternal Dark Void, Goosey is poised for a bright future in music and is already focused on longevity. With over 67,000 streams to date and co-signs from artists like KillBunk and Lil Lotus, Lil Goosey is ready to take over the east coast music scene and beyond. Lil Goosey’s passion for music lies within the artist name he goes by. “Goosey” was the rap name that his father went by before his untimely passing. To honor his dad, the rising Norfolk-born artist took on the name Lil Goosey.

“I was going through really bad relationship problems and anxiety. I always wanted to help people through my music.”

After falling in love with the art of music at 16, Lil Goosey decided to take rapping more seriously and pursue the rockstar lifestyle. Now, at 20, Goosey uses music mostly to relate to his fans and help get himself and others through tough times. He’s concentrated on presenting the best quality art to his fanbase and won’t settle for anything less.

“Heartbreaker” is the next single off of Goosey’s highly regarded project The Eternal Dark Void. The Norfolk artist strategically uses auto-tune to add vibrancy to his catchy delivery. Zeroing in on the lyrics, Goosey raps about leaving his past girl behind and not wanting to hear from her when things start going his way. At the very least, Heartbreaker’s melody will be stuck in your head for the rest of the year. If you enjoyed this single, you should definitely check out the full project. With somewhat of an Emo Rap feel, Lil Goosey shows off his versatility combining influences from Three Days Grace, Lil Peep, Papa Roach, Juice Wrld, and more.

Check out the interview below to find out more about Lil Goosey. Be sure to follow him on Instagram to keep up with his journey.

How did you get your artist name?

Lil Goosey “I got my artist name after my dad. His name was Goosey but he died. So to honor him I took up his name.”

When did you start making music?

Lil Goosey “I started making music at the age of 16. My friend said we should be rappers. At first I didn’t wanna be a rapper but then I fell in love with the art of music.”

What made you want to become an artist?

Lil Goosey “My friend recommended we become rappers because he had a dream of us being big in the industry, going to shows, and living the rockstar life.”

Who are some of your biggest musical influences of all time?

How would you describe your sound to a new fan?

Lil Goosey “I would say smooth, good quality, and controlled. I don’t do nothing but the best for my fans.”

What makes you different from other artists?

Lil Goosey “What makes me different is my story, and it’s deeper than just ‘rapper’. Also, I’m a very versatile artist. I can sing, rap, make a rock song, make a country song… I can do it all.”

Wat are you looking forward to most in your career?

Lil Goosey “Longevity. I’ve seen to many artists come and go. Longevity and owning my masters is what I really want the most. I want this lifestyle forever.”

Tell us about your submitted release?

Lil Goosey “The song I submitted is called heart breaker. I remember the very first version, making it on my phone. When the beat came on I already had the song in my head. Then I went to the studio to make it. I was going through really bad relationship problems and anxiety. I always wanted to help people through my music.”

What’s the main thing you want fans to take away?

Lil Goosey “I want my fans to know that even through heartbreak, feeling alone, and having anxiety, you’re not alone and you will never be. I’ll always be here for my fans and other people through the music. I talk about different things in my music so people can relate. My goals are to lead the lost souls.”

How Why Cue Is Disrupting The Music Industry