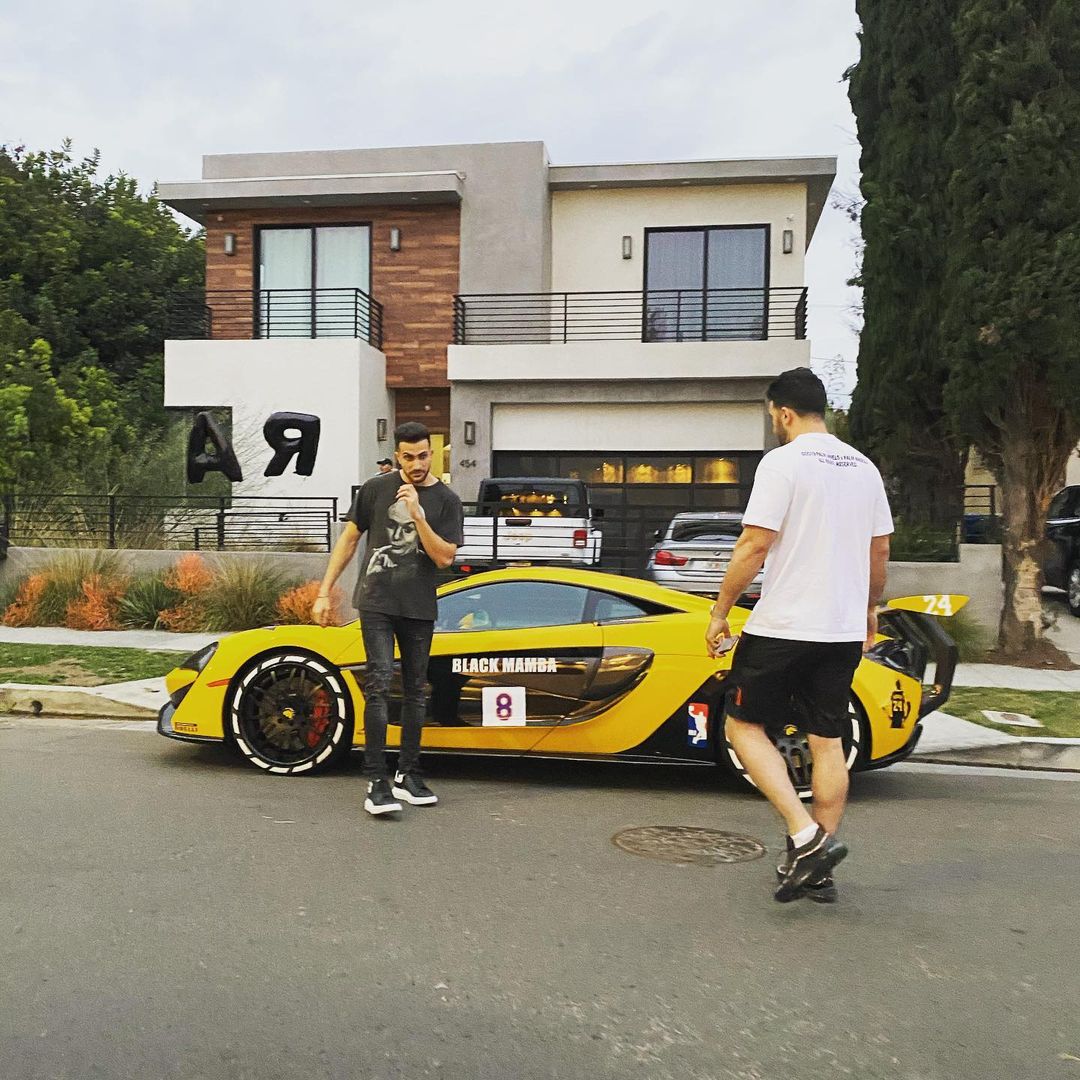 There is no higher rush of adrenaline than achieving a goal while knowing you put in a lot of effort to get there. With all this success, comes a greater responsibility of mentoring the newcomers. People will look up to you as an entrepreneur. You have the potential to be a role model for your family, friends, coworkers, and neighbors. Your accomplishments serve as a source of motivation and inspiration for others. Let’s take a look at the story of Andy Treys, one of the most successful entrepreneurs in 2022. Andy is an Armenian-American businessman who has been in operation since he was thirteen years old. His successful businesses include Muscle Lab, Cereal Club, KB24 NFT, Getmefamous, and Accommodations.

Many people continue to have misunderstandings about NFTs and cryptocurrencies in general. Non-fungible tokens (NFTs) have revolutionized the way people think about virtual assets by allowing for their ownership and sale. NFTs are the way of the future for many artists and collectors, enabling financial independence as well as investment potential. Andy developed Cereal Club, which proved to be his most successful business venture, to capitalize on this market potential. It’s a non-fungi-bowl driven network of individuals with the goal of improving web3 across the NFT ecosystem. It’s built on an intriguing concept. The 10,000 NFT collection sold out in minutes on a first-come, first-served basis. Each muncher will have its own bowls, colors, charms, and body kinds, some of which will be unique, and they will alter depending on the cereal your NFT consumes. It grants you membership in the club as well as a non-fungi-bowl cereal persona, letting you to participate and integrate with other projects in previously unimagined ways. Cereal Club has also teamed up with Super Bowl champion Aaron Donald, purchased Cereal.com, and is currently launching a new Cereal brand.

Getmefamous; Facing the Ups and Downs

Marketing has always been about making the right connections with the right people at the right time. That implies you’ll have to meet them where they already spend their time: the internet. Andy founded Getmefamous in 2016 to address this vacuum. It was one of his first business ventures. After developing his social media empire to 300 million followers across Instagram, Twitter, and Facebook, he established this business. Everything changed in 2018, though, when Andy awoke to a tweet that would cost him millions of dollars. The rules of Twitter were changed, and anyone who used a network of accounts to promote messages was banned. Andy had approximately 200 accounts at the time, covering a wide range of topics from humor to music. Unfortunately, Andy was caught in the crossfire of a far bigger issue than his marketing firm. After Twitter’s abrupt policy change, he rebuilt “getmefamous” from the bottom up, creating a new viral network on Snapchat and incorporating new technologies to automate duties and reduce labor costs. In 2019, Andy began working on successful partnerships with Alissa Violet and Bella Thorne, including OnlyFans Marketing and Thorne’s music.

In 2020, Andy and Vatche Ourishian opened Muscle Lab, a muscle rehabilitation and wellness lounge. Cryotherapy, infrared saunas, IV therapy, and other rehabilitation and wellness services are available at this celebrity hangout. It is one of the industry’s most well-known wellness lounges. Celebrities, famous musicians, and professional athletes who visit the venue include Zedd, ASAP Ferg, DJ Mustard, Carnage, Ben Simmons, Harry Jowsey, Jake Paul, and Oscar De La Hoya.

Andy has always believed in doing thorough homework before stepping into any field. “If you don’t know what assets you have, you can’t successfully manage them,” Andy explains. According to him, you should undertake a full asset inventory study before designing your management strategy. After investing his money in AirBnB and a Los Angeles exotic car rental company, he has acquired a number of homes and high-end autos. He has built a collection of over a dozen mansions and exotic automobiles in just a few months. Despite the fact that Accommodations is still in beta. It will provide more than simply holiday rentals, according to Andy, as it will also provide concierge services. Andy also co-founded Shlooz with his business partner and good friend Sako Waves not long after. Shlooz is an online liquor shop that supplies to nearly every state, offering a long-term challenge to the online liquor delivery industry.

Andy had a twinkle in his eye from the start. He was a tremendous basketball player in high school, and his full-court buzzer-beater was broadcast on ESPN Sportscenter. He moved on to California Lutheran University and the University of La Verne after graduating from high school to pursue his ambition of playing basketball in college. Soon after, he dropped out of college to focus solely on his new full-time passion: social media viral marketing. Andy’s decision to drop out of college was not easy; everyone cautioned him that it would be his biggest mistake and that he would be labeled a failure, but he stood firm. As a young serial entrepreneur, Andy knew how limited his time was owing to his educational commitments. As a result, he opted to concentrate on his businesses.

Later, when a Kobe Bryant NFT project was referenced on Kobe Bryant’s former official website, the team behind it went unnoticed until a recent LA Weekly story confirmed that Andy, Sako, and their team, as well as their business partners, are the masterminds behind the anticipated NFT. The new company has pledged to donate all earnings to the Mamba & Mambacita Foundation.

Starting in His Teens

Andy became an online entrepreneur by building social media groups with the support of platform builder Ning. When he was 13 years old, he became a master growth hacker. He uses creative, low-cost methods to help businesses get and retain customers. He spent his teenage years developing Android applications for the Google Play store, as well as founding KobeCamp2009 with YouTube and ESPN and other successful sports-related businesses. Bryant was motivated to launch KobeCamp2009 after attending Kobe Basketball Academy and witnessing viral footage of Jordan Crawford dunking on LeBron James.

Having a Dedicated Team

You have a terrific company concept that you’re enthusiastic about and are eager to get started, but you need to find a business partner first. This individual can assist you in making difficult decisions and guiding your team through tasks. They have the potential to be your most valuable ally. However, if your partner’s beliefs and goals do not line with yours, or if he or she adds to the tension in a scenario, they may be harmful to your business. Fortunately, Andy had a great team and a reliable buddy in the form of Vatche Ourishian. He is a dedicated and dependable performance expert. To push Muscle Lab to new heights, they combined Andy’s marketing clout and resources with Vatche’s health and wellness expertise. With the help of KJ Smith, Andre Chavilliar, and Ian Smith, Andy and Vatche worked with Sierra Canyon High School’s basketball squad, exclusively providing muscle rehabilitation and wellness services to some of the top high school players in the country. Andy further intends to broaden his company operations in general, including both commercial and charitable endeavors. For additional information, follow him on Instagram, Twitter, YouTube, and LinkedIn.

An Entrepreneur Helps Others Reach Their PayDestiny, A Founder’s Story with Adriana Herrera