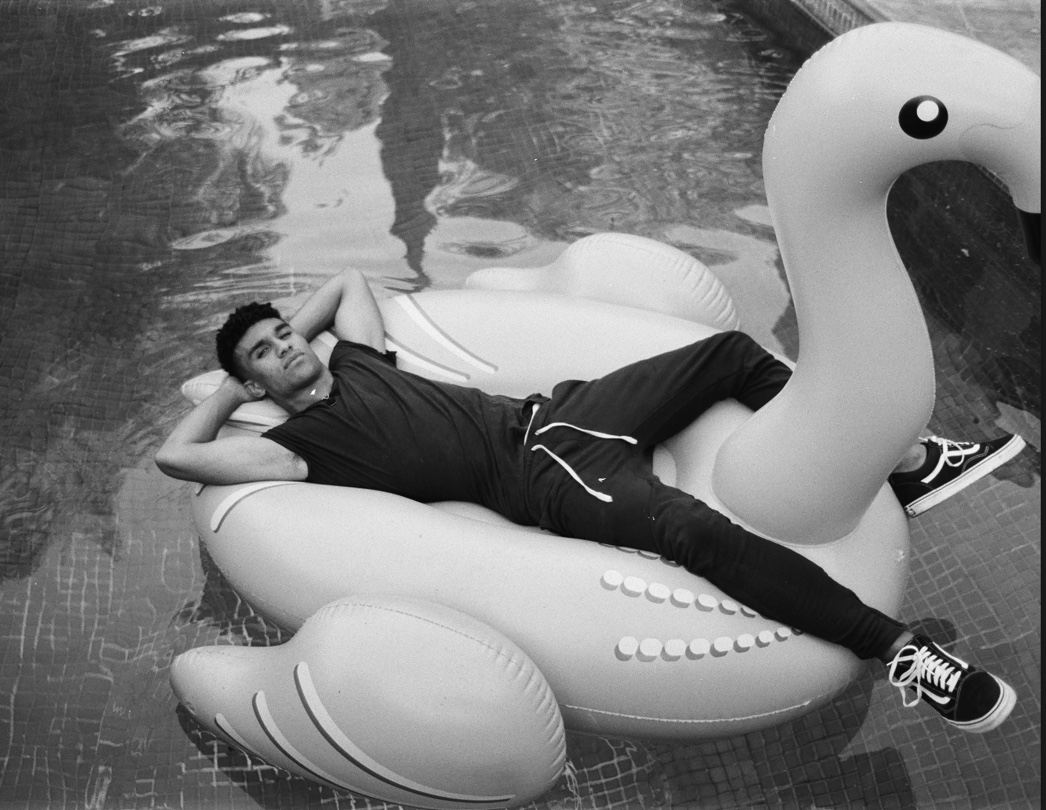 Luke Baker is not only an increasingly popular singer and producer in the making, but he is also a sight for sore eyes. His hard work, natural charisma, and talent helped him thrive in the music industry from a very early age. Luke is appreciated for being an independent artist, who writes, produces and records his songs. After releasing seven singles, the young star has earned more than 15 hundred followers on Spotify. His latest single “Hit My Line” reached 400k streams and 10k views on YouTube.

Luke is slowly but surely paving his path to success in both music and marketing. The extensive experience he gained while writing and producing his songs as a child helped him understand the process of creation. Now he owns a marketing company that helps aspiring artists like himself find the seat under the Hollywood spotlight.

Luke was always a self-reliant individual, sharing his music on many platforms from the age of 14. He dreamt of finding the best way to promote his work, while closely interacting with the audience. Months of thorough research finally opened some doors and landed him big deals with playlist servicing companies. As he started climbing the ladders of success, people close to him began relying on his help, which resulted in a substantial clientele base. Luke landed his first deal with a producer at the age of 16, which has had a tremendous impact on his career today. His marketing skills, as well as feel-good music vibes, are what made him stand out among the top upbeat new-age artists in Los Angeles, and beyond. But this is just a mere beginning for a multi-talented artist like Luke Baker, who is simultaneously working on new singles as we speak.

Marketing Strategies That Make an Impact

The artist is very proud of the marketing techniques he uses together with his co-creators to serve the clients. Their motto is, we are run by artists for artists, which, in his words, helps them understand their customers’ needs better than a marketing expert without musical background. Their marketing team is big on promoting music by developing strong media strategies. Instead of dealing with multiple companies, clients here have a line-up of professionals at their disposal, from videographers’ to top mastering engineers. Being someone who writes, produces and records his music, Luke Baker is more than an obvious choice for his colleagues who want to thread their way to a win. The creative atmosphere in the studio has already proven to be a productive foundation for new ideas and innovations in the music industry.

Why Do Artists Opt for Luke Baker’s Marketing Services?

When asked what the benefits of entrusting their faith in his company are, Luke answered that their personalized and modern approach made people confident that they are in good hands. Being an accomplished artist himself, Luke is well aware that musicians ought to feel comfortable when doing when they love the most. He stressed the importance of adjusting their marketing strategies to every individual’s needs. His team is well experienced in album-making, video-releasing, and song-promoting, which, if done effectively, has the power to make or break a new star. Cooperating with a self-made rising star like Luke Baker is an excellent opportunity for anyone who wants to breakthrough, and becomes a leading name in the music corporation.

Luke’s story about victory is something anyone can relate to. He presents success as something attainable to those who persist in their goals. The marketing endeavors are nothing but a product of hard work and effort he put into building a community of music experts. He started small, giving a helping hand to his friends, only to later expand to a broader audience. Now he makes high-quality music with artists who place trust in his abilities to produce first-rate catchy content that appeals to the world-wide public. Baker is a true inspiration for young artists who tirelessly work on music in the silence of their small rooms, dreaming of fame and fortune, as he did once too. Teaming up with his marketing company gives a more detailed insight into Luke’s story about success, as he draws inspiration from his own experience to deliver the best work to its increasingly growing clientele base.

Cuppasa – A New Way To Work in Hoboken and Beyond