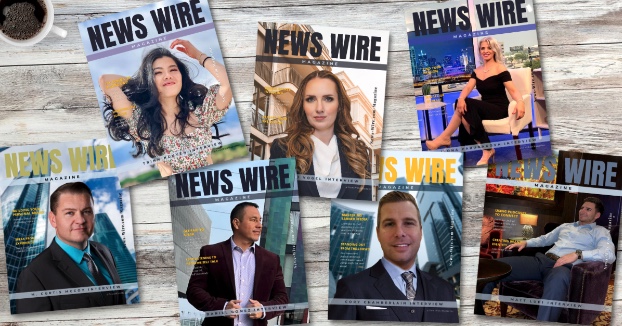 The new CEO of News Wire said, “I don’t know why we didn’t launch News Wire Magazine earlier. We’ve had access to the best stories all along!”

When M. Curtis McCoy took over News Wire, he instructed his small team of developers to wipe out the entire company and start from scratch. We deleted every database. Every News Wire press release was removed from the internet, and thousands of inbound links from other sites were deleted. The new owner says, “removing your website from the Internet Archive is not an incredibly difficult process.”

This destroyed the company’s search ranking from a search engine optimization perspective. So why would the new CEO make a decision that had such a negative impact on the company? His viewpoint makes a lot of sense.

The new owner said many existing inbound links were spammy and came from “bad link neighborhoods,” meaning websites that should not be associated with a rapidly growing media company. “Starting fresh was the only logical answer. The rapid growth of News Wire after our re-launch shows this was the right choice!” says McCoy.

As the new magazine division of the company launches, M. Curtis McCoy says the company is investing “a substantial amount” in automation and search engine optimization to help each magazine article gain top search engine rankings.

“Being featured on the cover of a magazine is great for the ego, but it doesn’t do much for you in the long run if the magazine you’re featured in isn’t using the newest technology to ensure your article ranks well. Therefore, we’re strenuously screening applications from potential News Wire Magazine authors to ensure they not only write great content that’s plagiarism-free, but they also need to write in an exciting, interesting style.” – M. Curtis McCoy.

The bar is high for News Wire Magazine, as the CEO wants to ensure that each article’s quality is up to par with other phenomenal online publications. “There’s too much ‘fluff’ out there on the internet,” McCoy says. “We want News Wire Magazine to be known for in-depth, well-researched articles that are accurate and trustworthy.”

News Wire Magazine is always looking for new content that would be of interest to our readers. Please note that due to the high volume of submissions we receive, we may not be able to respond to every inquiry.

There are many benefits to launching a magazine as an online-only publication. For example, a recent study by BroadbandSearch shows that 93.4% of North America and 88.4% of Europe have access to and use the internet.

Readers access online magazines on smartphones, tablets, laptops, or even on many smart TVs. In contrast, print magazines require significantly higher distribution costs and are less likely to be read because of limited availability.

The News Wire team is continuing to function as a press release distribution company syndicating groundbreaking content, and with the new magazine division, they are only getting better. Check out News-Wire.com/Magazine for the latest news, reviews, and interviews!

Outsourcing vs offshoring – what is the best for your business?

Related Topics:News Wire
Up Next

Why Listening To Nick Hiter’s Podcast Is A Must