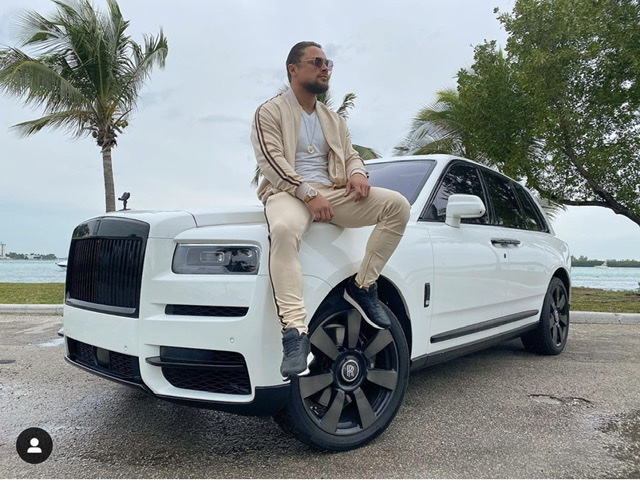 Mark Pugachev is a young businessman, public figure, and co-founder of a large number of successful projects.

Mark Pugachev was born in 1989 in Chita, Russia. His father was a soldier, but the boy did not want to follow in his footsteps, little Mark had different plans and views. Freedom and independence were more important for Mark instead of the strict army lifestyle. Since childhood, he was engaged in Greco-Roman wrestling, at 18 he completed the master of sports in Minsk but had to leave professional sports – because of a severe leg injury. From an early age, he set himself the goal of becoming a successful and well-known entrepreneur. And I began to strive for it. The future entrepreneur started paving the way to Success in 2007 as a programmer. From his hometown, Pugachev moved to Moscow in 2013 to get closer to his dream.

First steps to reach the goal.

Mark was very interested in the restaurant industry. After moving to Moscow, he received higher education in Economics, began to realize his dreams by opening the first restaurant-karaoke PUGACHEV. The concept is to offer guests a new level of comfort. Furthermore, on April 24, 2015, a new project of the famous restaurateur Mark Pugachev opened restaurant Del Mare. On that day, many celebrities and the press came to congratulate the owner on this event. Mark gave interviews to journalists and was happy to talk about his secrets of Success.

When Mark turned 25, despite a successful start to his career in Moscow, he decided to change his life completely, leaving his native country and moving to Miami. Considering the fact that it was not easy to adapt to an unfamiliar country and people without the knowledge of local rules and laws, Mark still wanted to create a global Concierge service in the United States in the field of luxury services, to become happy and prosperous. He did not pay attention to what others said about his plans; he just moved in his own direction. Opened in the same year, Pugachev Concierge Service is successfully developing and gaining a new level every day. The greeting on the site sounds like – “Welcome to Paradise,” which immediately makes it clear that the company works for selected clients and provides a wide range of Concierge services for VIP clients to implement any ideas. At the moment, as many as 457 partners around the world are connected to the Pugachev Concierge Service platform, which is an excellent result. This is what makes Mark realize once again that he is doing everything right.

Do not lose your chance.

When reporters once asked Mark how he manages so many successful projects without losing motivation, Mark answered: «Success is a combination of hard work, good business reputation, opportunity, readiness, and timing. When an opportunity arises, you must be ready to grasp it. Otherwise, the chance will go to someone else. Moreover, Success won’t last if you don’t worry about it.» At the moment, in addition to owning the Pugachev Concierge Service and developing his own business, Mark Pugachev also co-founded several popular projects.

For example, a global media project in the club industry «Vklybe. Tv Miami», «GQ Miami fashion magazine,» «Myproinsta social media» promotion service, an investment fund. At the developing stage, there are still many interesting and promising plans and projects, but many of them are still kept in secret in order to surprise many people and change the service market one day. Pugachev is not going to stand still because his plans are to develop new projects successfully. The main point among all the goals set is to keep up with the times and be ahead of the expectations and needs of customers.