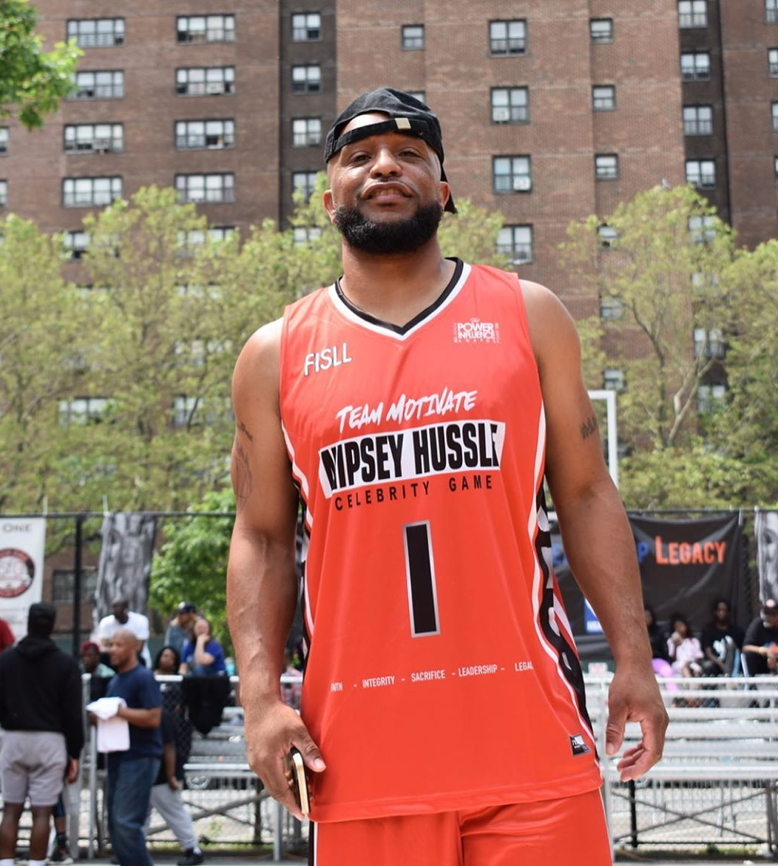 As children, everybody has different ideas of what they want to grow up to become. Years roll by, reality starts to overtake dreams and eventually we learn to settle for less. This is not the story for Adrian “Konfuzion” Mack, who grew up with a dogged passion and a burning fire in his heart. The internationally-known NBA star has come a long way from the hungry five-year-old with the “eye of the tiger” that he once was.

Adrian was born in the small town of La Marque, just outside Houston, Texas. Growing up, he always had a basketball in his hands. His dream, even then, was to play in the NBA. By the time he was 5 years old, he was waking up the neighbors every morning as he worked on dribbling drills and shooting.

As he grew older, he came to a disappointing realization. He was shorter than the average basketball player, and definitely the shortest player on his neighborhood court. This made it very easy for the taller boys on the team to block his shots, but he kept fighting and never gave up.

When the time came to go to high school, Adrian took a different route. La Marque High School was locally known for being a football powerhouse, so Adrian took his talents to the football field hoping to get a full-ride scholarship to college.

Adrian quickly rose to become one of the top wide receivers in Texas, receiving praise from football coaches and college scouts. Then, things took a dark turn. In his freshman year of high school, Adrian suffered a severe fracture in his ankle. His injury kept him off the field for a while, and he had to undergo surgery and rehab.

He soon recovered and more than made up for all the lost time. Years later, Adrian went off to Texas Southern University to play collegiate football.

Adrian was finally at college, just like he wanted. Yet, something was missing from his life. He missed basketball. During his hiatus from football, he had lost interest in the sport. By the time he got to college, he was ready to take the jump and believe his childhood dreams once more.

“I remember the first day of practice during drills. That was the moment I gave up,” Adrian says about his college football experience.

“It was my first day of practice and coaches were yelling at me- Adrian what are you doing, you’re not gonna be nothing now, your career is done. “

However, Adrian knew he had to go back to where he had left his heart and he was ready to prove everybody wrong on the way there.

Adrian started his professional career with the Harlem Starz, before playing professionally in the American Basketball Association. He has also played in the URBL League, Team Hollywood, and worked with the NBA during the NBA Nation Tour alongside basketball legend Darryl Dawkins.

Today, Adrian has earned his name tag, ‘Konfuzion’, and is notorious for his quick ball-handling skills and making people fall. He has been in worldwide TV commercials with superstars such as Lisa Leslie, Tim Brown All-Pro Wide Receiver, and Heisman Trophy Winner, Rudy Tomjonvich who Adrian dreamt about being coached by as a kid.

Adrian’s vision has not changed over the years. He yearns to give back and has never forgotten where he came from. He considers himself a role model for young people all over the world and aims to inspire people to live their best lives.

He has some nuggets of wisdom to share with the younger generation.

“Never judge anyone by who they are or what they do, because those are the ones that actually make it. Keep positive people around you at all times. Being cool is staying away from negative activity. Live On, Work Hard, No Days Off. Have faith and let nature take its course.”

Helping End The War Between You, Your Body and Your Plate