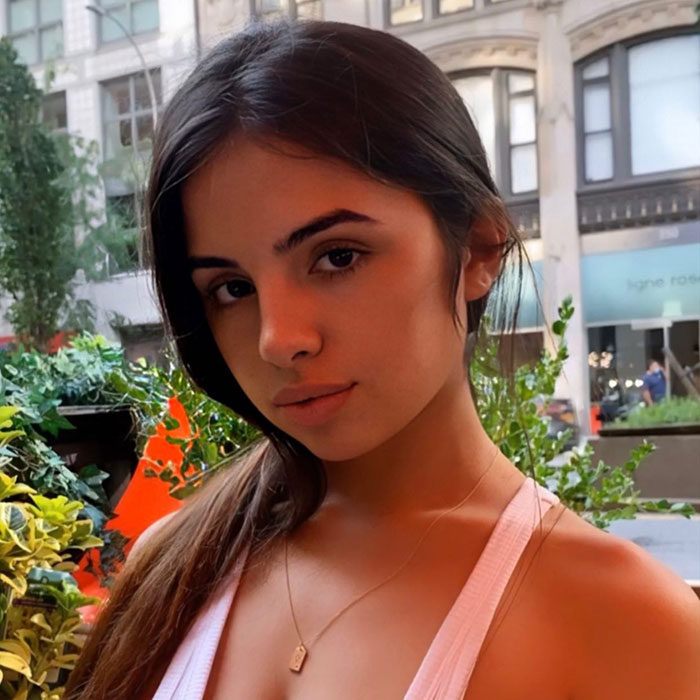 Marroni has recently exploded on to the social media scene as a popular model, and has quickly learned how to handle the positive and negative aspects of fame. She has some valuable advice on how to remain focused during difficult times, and shares her passion for helping others.

Who is Mati Marroni?

Mati Marroni is an 18 year-old social media model star who has quickly achieved online fame in less than two years time. The charming star originally hails from Uruguay, but relocated to the United States with her family when she was a young girl. Marroni’s Father has always been a skilled entrepreneur, and he moved their family to Texas as he knew it would provide them with best possible opportunities. “I definitely have an entrepreneurial mindset instilled in me through watching my dad all of these years, and I’m really passionate about my work. I’m someone who loves to help others, and I hope to use my platform to inspire and make a difference in many people’s lives,” Marroni stated. Although the thought of becoming a star online sounds enticing, it definitely comes with a cost. Few have experienced the negative sides of stardom like Mati Marroni has, and she hopes to help others facing similar situations to stay strong and focused on their goals.

Whenever Marroni shares the story of how she flourished on social media, she can’t help but smile. When Mati was 16, a friend recorded her eating a burger, and it unexpectedly went viral. “It’s so strange to think that an 8 second video of me eating a hamburger changed my entire life for the better,” Mati explained while chuckling. Although the video gave her a strong start on Instagram and other platforms, fans were quickly charmed by Mati’s authentic personality and sarcastic sense of humor. Mati stated, “I definitely get messages from many fans who enjoy my humorous personality and authentic nature. I always stay true to myself, and I never conform or act different to please others.” Marroni advises anyone looking to build a career in social media to always remain authentic, because when you’re authentic and can be your true self, fans will sense the authenticity and appreciate it. More importantly. when you never have to pretend to be someone else, you yourself will be much happier and free.

Negative With the Positive

Unfortunately, as her popularity rapidly sprouted, Mati found herself constantly facing a serious cyberbullying problem. “To be honest, I don’t know anyone who has dealt with being bullied online to the extent that I have, especially since I’ve only had a large following for less than two years,” Mati expressed. Although she tried to brush it off initially, it began to affect her personal life over time. It became especially difficult for Marroni  to deal with during the beginning of 2020 during quarantine, as she could no longer ignore it. Marroni admits that it definitely was not easy to deal with at first, but she’s learned how to remain focused on her goals in the midst of crippling pressure, and she strives to always keep a positive mindset. When it comes to giving someone else advice on how to persevere through cyberbullying, Marroni mentioned that she  would tell them to always try to keep a positive mindset and to do their best to remain encouraged. As simple as that sounds, she believes that’s about all you can do. She also emphasizes that it’s important to remember that these bullies don’t know the real you- never let them get you down! As she’s learned through experience, no one can stop your shine if it’s consistent.

When asked about her goals for the future, Marroni mentioned that she has many in which she’s passionate about; however, she hasn’t had the opportunity to begin yet due to multiple hurdles in the last year. When speaking with Marroni, one thing is very apparent- she is extremely passionate about helping others. “I want to help women all around the world, and I want to change the way women are treated in many areas of the world. I truly believe that I will make a difference when it comes to women’s rights in countries where they have none,” she boldly shared. Marroni is very passionate about advocating for women who don’t have the freedom to chase their dreams like she does, and she wants to free them from the shackles of their oppression to help them achieve their dreams.

“I want to use my platform and popularity to help cultivate this positive change, and I would say that’s definitely what motivates and inspires me the most. I truly believe I will make a difference, and I won’t stop until I do.”

From Investing in Big Companies to Establishing A Billion Dollar Company “The Brockett Group”: A Mastermind, Malik Duquon Brockett

Liberty Village A Neighborhood of Possibilities