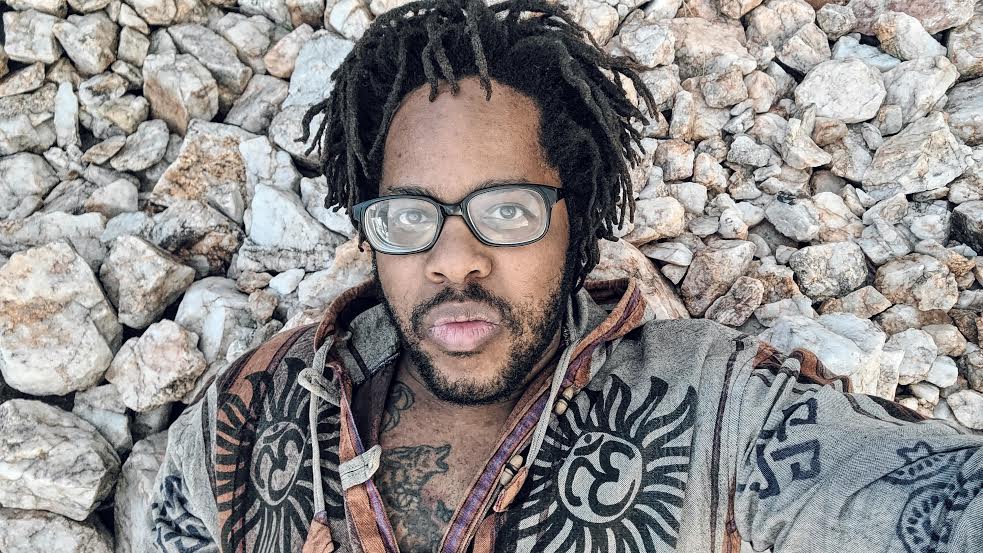 Maurice Luckett, better known as Khadaura, was set on making an impact in other people’s lives. He wanted to take a path that would allow him to help people. He joined the military to give back to his country, but quickly realized that, due to his injuries, this would not be the career for him in the long run.

“When 18, I joined the US Army to see the world and serve my country. While serving, I was able to get a BS in Psychology and MS in Cybersecurity. Unfortunately, after 14 years of serving honorably, I realized that my physical wounds and mental traumas after being hit by two IEDs in Iraq and crash landing while in a UH-60 Blackhawk in Afghanistan were not guiding hme towards a path where I felt I could leave an impact,” Khadaura explains.

Instead of continuing on this path, Khadaura decided to look back on the many things he had learned in life to propel himself forward in his goals. Raised in Japan, he had encountered numerous kinds of healing practices taught by Monks and other groups. He took these ideas as well as the lessons he had learned in classes throughout his military career, and created a wellness practice known as Architect of Life.

“I was raised in Japan and grew up learning about Eastern Philosophy and Medicine from monks, mystics and shaman. I decided to take my lessons in Psychology and Cybersecurity, my military training in Sexual Harrassment/Assault Response Prevention, Suicide Awareness and PTSD Therapy, with Mindfulness and Eastern Sound Healing practices to guide others through processing their past experiences and future possibilities to live in this present perfect moment as the best versions of themselves. I run a life coaching business as an Architect of Life and help clients solve problems in: a lack of direction, belonging, voice and purpose,” Khadaura says.

Like many others who served in the military, Khadaura saw many of his former military friends fighting many mental illnesses like PTSD. He saw how much this affected their ability to adjust to society and find jobs.

“I was motivated to start my business after returning from war and military service, and seeing how many people in the world were still battling various forms of PTSD and trauma. I saw that so many other veterans, like myself, were not able to find work, and were unable to reconnect with family and friends. This then led to seeing those that had not been in the military also struggling with the same issues of imbalances in life and some without the will to keep going. Due to my deep inner-work through Mindfulness, Meditation and also being coached, I knew it was my chance to serve the world in a way that I could create an impact of inner healing and personal growth,” Khadaura states.

Khaduara’s business was created fairly recently, so the pandemic has caused a big impact on his practice. Despite this, he has been able to innovate and ensure that he kept going during these difficult times.

“The biggest obstacle I have overcome so far in my career is being able to start a business during a pandemic (COVID-19). In April 2020, I knew that I had a deeper calling to transition from a meditation teacher into someone that could take people further than a single session. This is when I saw a video by Preston Smile, that brought me into a container where I could learn from him and other coaches. I was able to create this coaching business through hard work, investing in myself, market research and being coached by others that have learned the hard lessons and are willing to teach me them early in my career,” remarks Khadaura.

Despite the difficult year, Khadaura has big plans for the future. He hopes to do multiple retreats and seminars as well as team up with other coaches to help more people.

“My next projects this year will be in Los Angeles for a few seminars and retreats, as well as in South America. I am teaming up with other coaches to create programs that will allow participants to learn from different mindsets (coaching, nutrition, fitness, mindfulness and meditation, energy healing and more) instead of just one way or perspective of life,” Khadaura remarks.

Joel Henry Is A Traveler/ Photographer And An Influencer. Here’s Why You Must Check Him Out