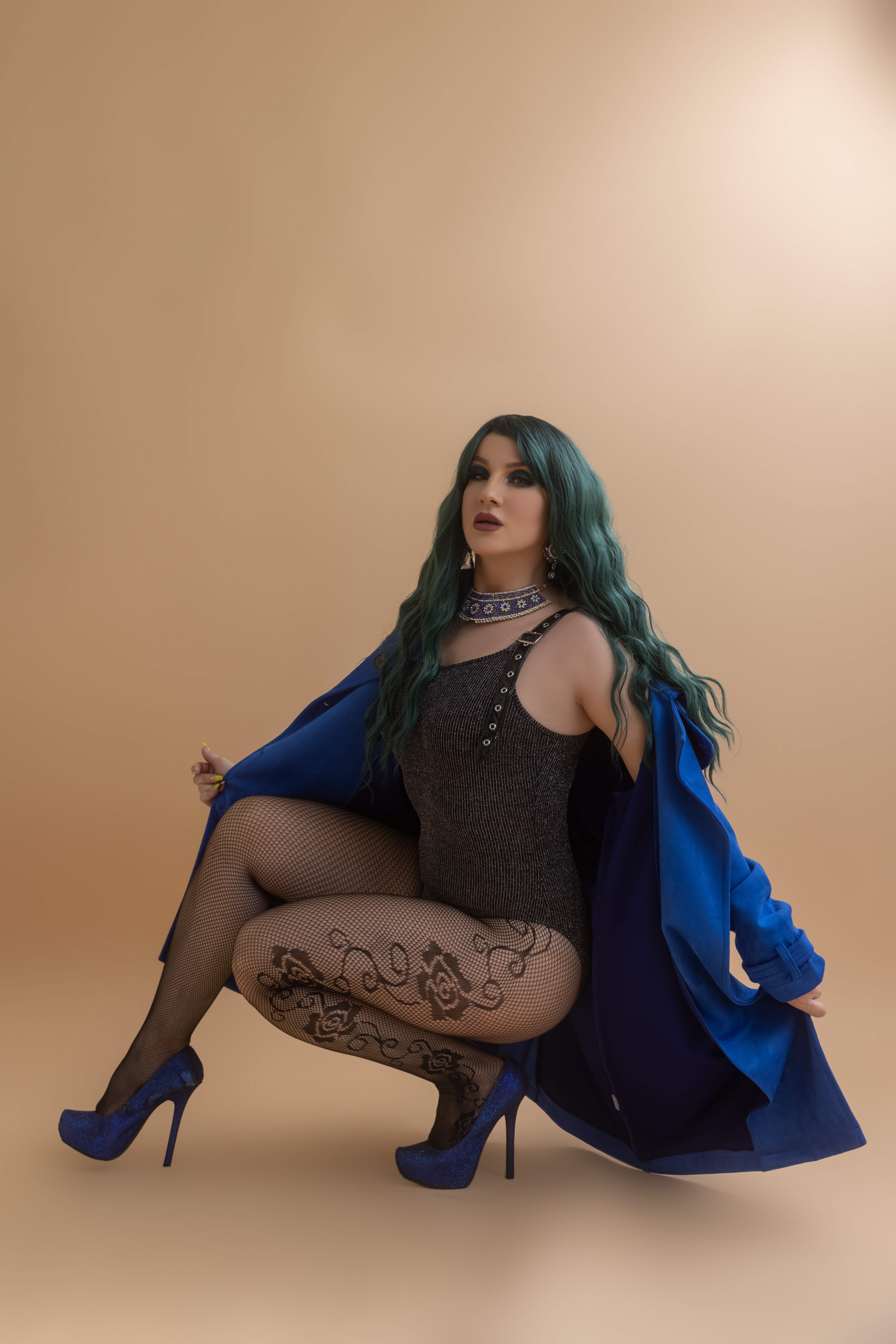 There is beauty in pain, they say, maybe so – but can we skip to the good part?

Pandemic 2020-2021 was a sobering experience for many people who lost so much yet gained even more. Some may say that it was a long emotional therapy session where some ended into demolition and others dove into a construction life season. Some questioned everything and others answered nothing – so we waited for rainbows after the rain not knowing if there was going to be smiling after the pain.

A physical inhibition led many soar spiritually into the start of new beginnings. After a long quest, ANJEZA, the European descent artist found her destination in latin music. The vision to entertain, inspire, evoke strength,  passion, independence – unity – respect – and power while never losing femininity and sensuality all met into the new untapped self titled genre UFF a.k.a Urban Fusion Flamenco.

In August 2020, ANJEZA released her first Urban Flamenco single titled “Quedáte” – a duet with Nolo Frech – a cuban artist/producer. The song was soon embraced with much enthusiasm by different cultural audiences. The flamenco guitar, Spanish accent, Caribbean flow, and clever rap poetry would send a strong message of a woman unafraid to walk out when is not appreciated. The come back of the male featured artist would be a similar idea from his perspective – ‘he is the catch – she would be the one to ask him back’.

It was a clever battle of sexes delivered with wit and respect.

“Quedáte” which in English means “Stay” would soon turn into an emotional and empowering song for separated families during the pandemic. The chorus of the song says … “For you I would return- For you I would come back, even if it cost me everything – even though I may lose my life”

“Quedáte” moved audiences and crossed  boundaries beyond language barriers. It was the music and the rhythm that made people dance. People would often say, “I don’t even know what the song says – but it makes me happy.”

Seeing how much this music genre reflected who ANJEZA was  and how much it gave to audiences world wide, uniting and entertaining them, it was the green light approval for ANJEZA to “Stay” and fully immerse in the new genre.

For the next 12 months ANJEZA would write and record 13 songs and release 6 of them. No fail – each song had the royal stamp of her journey- Urban Fusion Flamenco a.k.a UFF. Each song was fun to dance, deep to listen to, clever in its meaning, inspiring for women, playful towards men, while uniting cultures, generations, and genres.

Some of the other songs ‘ANJEZA’ released after the success of “Quedate” were: “Soy yo”, Ninguna Como Yo”, “Sola”, and Ahora Quien No Te Quiere Soy Yo.”

Music streaming on Spotify and iTunes:

Related Topics:ANJEZAMusic Newsnews
Up Next

The Marketing Hunters Founder, Ruben Alvarez, On Success in Business