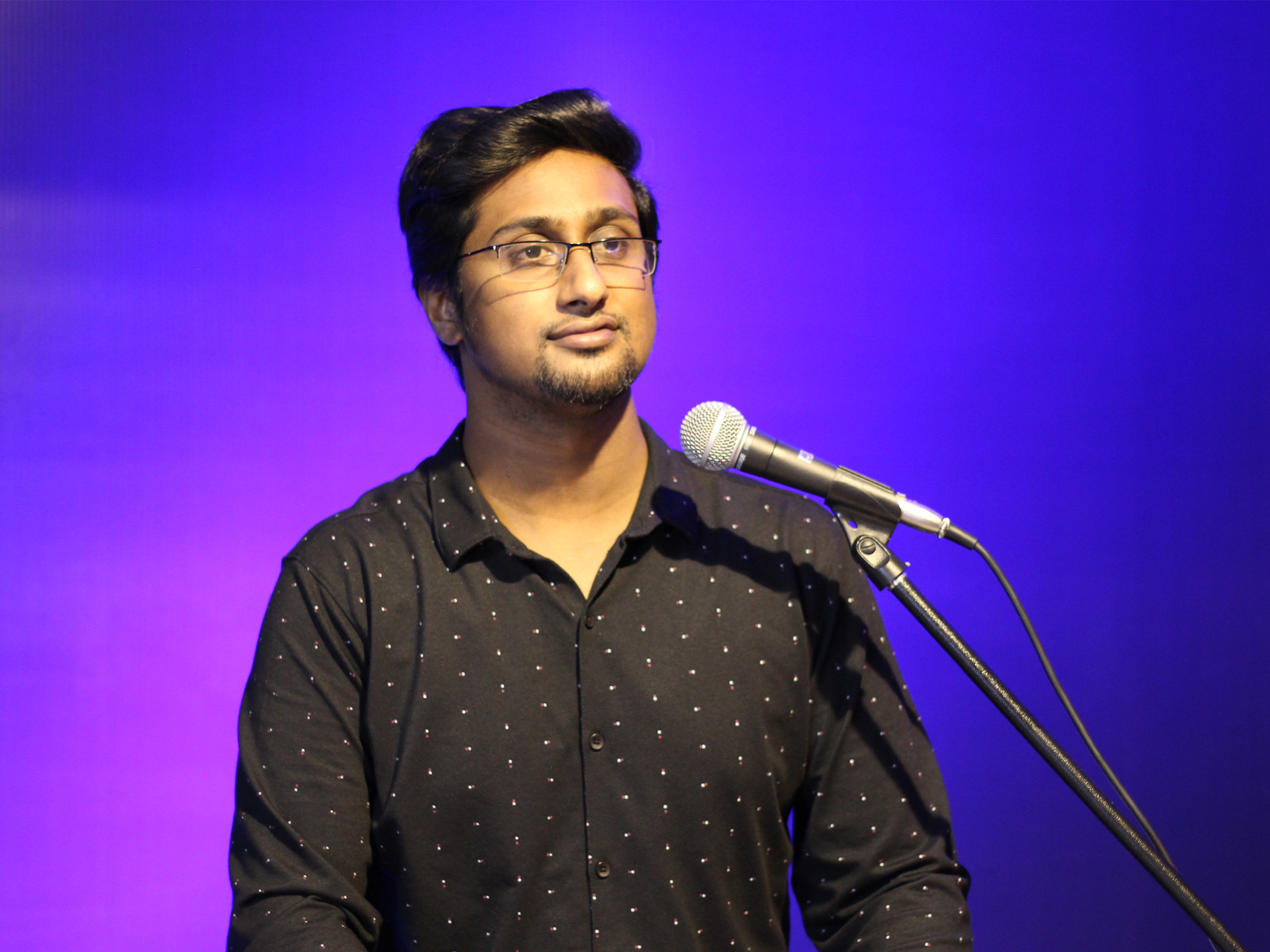 John Divineson Israel is an Indian contemporary singer, songwriter, worship leader and a motivational speaker. He has produced two gospel albums Divine Love Vol. 1 (2014) and Divine Love Vol. 2 (2017). And he also released multiple singles in Tamil, English, and Hindi. He started his musical journey at the very young age of 19. He is an Engineering graduate and he also holds a master’s degree. He studied music from the University of the West of Scotland. His music impacted many living souls. His songs are aired on multiple Television over states in India, Europe, and in United Kingdom. He has performed live concerts in different parts of India, United Arab Emirates, and in United Kingdom. His songs are mainly based on his life experience with biblical references. In his songs, the lyrics are focused to help people to come out of stress, and other mental health issues.

Earlier, John Divineson Israel was never a music lover, he wasn’t passionate on music at initial step into music instead he was very active in sports and loved playing soccer and cricket, but his dad Bishop. Israel Rajappah and his mother Rev.Juliet Rajappah pushed him to learn music and later he developed a liking towards music at the age of 17.

On asking John to public YouTube interview, He says “I am always grateful to my parents for making me learn music despite my dislike towards it ”

Divineson started his musical journey during his college days in the year 2014, along with his friends Lijo Felix and Clifford Moses. Patrick Joshua who is one of his trusted allies manages all his production. His first single ” Oru Varthai ” with his sister Dr. Marvel Reviavline was one of the people’s favorite Gospel hits released in the year 2016. Oru Varthai talks about the Life-changing Impact of Jesus that can be on a person. Composed in Electro pop genre.

Magimaiyae which means “Majesty” talks about The forgiving nature of Jesus who was killed by mankind yet chose to love and forgive.

Some of his songs like Magimaiyae and Envalkaiyai have been translated into multiple languages.

His songs are based on core values of Christianity which are faith, forgiveness, repentance, and the Gospel of Jesus. He regularly posts motivational videos and inspiring content about Love, Mental health, handling failures, Overcoming depression.

He made his songs available on multiple platforms.

Are You In Distress On Having Exclusive Motor Vehicle Deals? Meet David Martinez Jr Who Is Your Ultimate Remedy

Deri Lorus is an Indian musician, singer/songwriter and author.