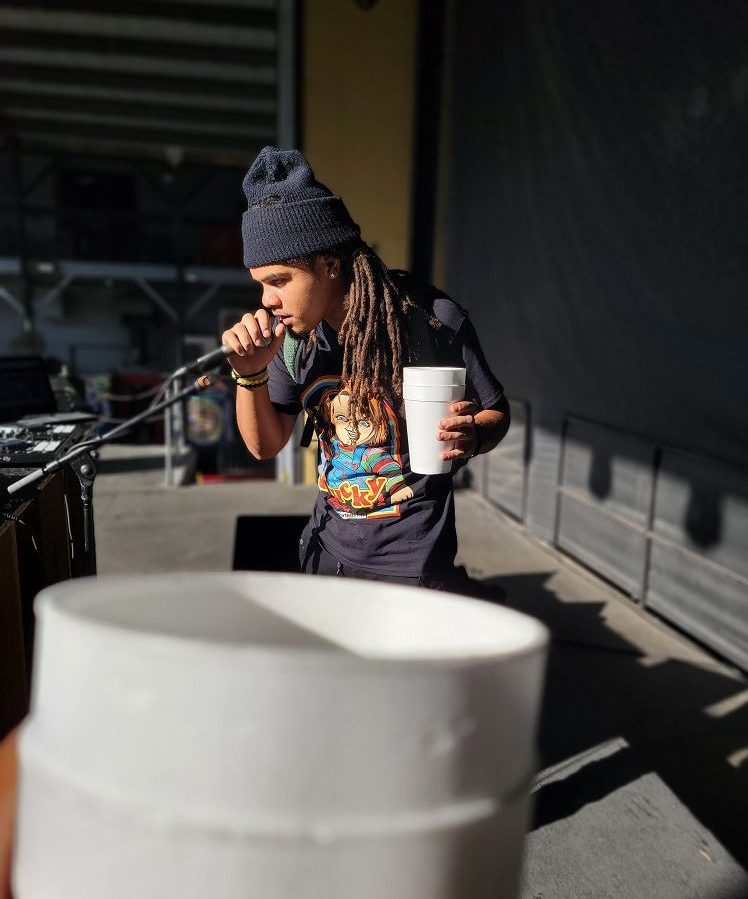 Today, I am going to write about Marvylus – an emerging artist from Colorado. He has been in the music industry since last 5 years, and already worked with so many talented artists like Snow Tha Product, Raekwon from Wu Tang Clan, YBN Nahmir, Young Dolph and many more!

Like many other music artists; the life of Marvylus is not so smooth. There were so many ups and down in his life. Born in Colorado Springs, Marvylus is bi-racial with a African American father and Caucasian mother, and was raised in a dysfunctional family. He is no stranger to DHS system and was forced to live in and out of Single Mother low income shelters and Section 8 housing with his mom. His mother died in late 2010 while he was a freshman in high school. He is inspired by anime and use to draw when he was adolescent. Marvylus moved back and forth between Colorado and Illinois until about middle school. He spent his teenage years in Colorado Springs.

Marvylus made his first beat on a big old windows computer using FL studio in 7th grade. He started taking the music seriously after highschool in 2015. So we can say that, he has been producing music when he was just 13.

Marvylus is the stage name of Marvin Moore. He was always called Marvelous Marvin by his teachers and family members growing up. He decided to spell it different because He is different, He wanted to create a new way to spell his favorite word.

Marvylus joined LoUd Life Crew in 2016. It consist of SwizZy B (the founder of LoUd Life Crew), Noopey Na’mon, and Mann Lagrand Flight. He has completed so many shows and been on tour with LoUd Life Crew in Colorado, Florida, Texas, Arkansas, and Montana with many high profile rappers/hip hop artist.
Marvylus has a very clear message for his fans and followers. Never give up and don’t listen to the haters. “You can’t spell Marvylus without “US”.

He takes inspiration from legendary rappers like Tupac and Biggy; however Lil Wayne is his favorite artist. Apart from the music, Marvylus like to travel, trying all the best foods and Marijuana in world..
Lastly, I want to share few secrets about the Marvylus. He is planning to start a Twitch channel, so that he can stream to his fans. He also wants to practice martial arts, when time permits.

Outside of touring and doing shows, Marvylus is planning to join the debut project of LoUd Life Crew named “Forever LoUd”! Aside from dropping single with music video and visual,  he is also getting ready to start his fist merchandise line for his fans.

You can listen the latest albums/songs of the Marvylus at Spotify.

Make sure to connect Marvylus at his Instagram page.

How Daryll Canlas Made a Name For Himself in Real Estate