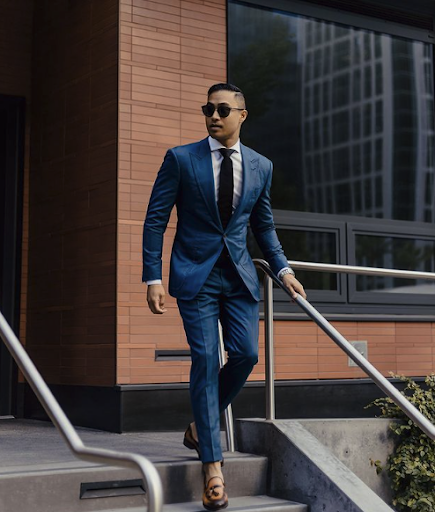 Most people under the age of 30 are spending all their time partying, working a 9-5, and then blowing what money they are making on senseless things. Daryll Canlas, however, had a much larger vision than that.

Daryll and his brother co-own a residential investment real estate company. They successfully purchase, renovate and sell over 150 single family homes per year. They also co-own a real estate brokerage that does over $150 million per year in sales volume. Complacency is not is their vocabulary that’s why knowing that they have expanded into other ventures such as property tech, consulting, etc is not surprising.

When I asked Daryll how he made a name for himself in his industry, he said “I took massive action and I was clear on my goals. Persistence was a key to my success. I wasn’t afraid to fail because I knew success was inevitable and it was just a matter of time. I did whatever it took and still do up to this day. I still feel like I’m just getting started and there is so much more to come!”

He wasn’t wrong. Daryll was a self-made millionaire before the age of 30. All the success he and his brother have experienced, has only taken them 6 years. I guess you could say that money loves speed.

When asked what obstacles he had to overcome to get where he is today, Daryll said “Being a Filipino in America trying to make it, I faced discrimination, but I just had so much belief in myself and my ideas and that is what pushed me. I also had to break paradigms and conquer fears. Beating out the competition was an obstacle in the beginning, however I soon realized I don’t compete, I create.”

So how did he and his brother overcome this? They became masters of their industry.

“ I took massive action and studied every aspect of my industry. I wanted to be the best and I’ve always strived for that. I also found mentors along the way in which I provided them value in return. And relentlessly believed in myself and my visions.”

Standing Out From The Crowd

One might ask, what makes Daryll and his brother, and their company, different, to which Daryll says: “I developed a discipline within myself to take massive action towards the fruition of my goals and vision. SPEED TO LEAD! I seek guidance from people who I know I can learn from, who have made it in the industry, and I know that can add value to me. I also hold myself accountable to every promise that I make to myself and the organizations that I lead.”

And speed to lead, they did. It’s safe to say these brothers have done more than just overcome any obstacles that might’ve been in their way. They’ve obliterated them!

How Neil Canlas Made a Name For Himself in Real Estate