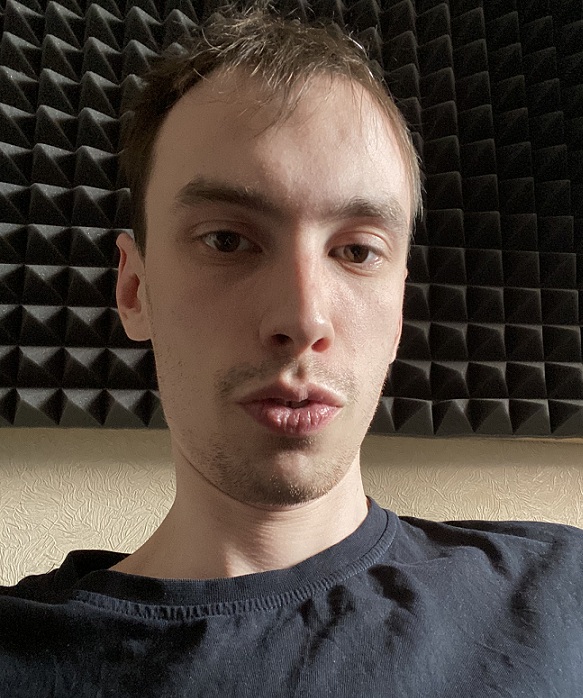 Being a musician is complex and being a music producer… even more so. Music production involves knowledge of musical interpretation, composition, orchestration and instrumental arrangement; and PYTI is both.

PYTI is a very talented musical artist and producer from Belarus. Since a very early age, music has been his north; thus preparing himself for this very moment, releasing a total of five songs during 2021. His songs have reached over a million streams across platforms like Tiktok, Apple Music, SoundCloud, Instagram and Spotify. His most recent release, “Tell me”, was in early November.

PYTI, who’s real name is Alexey Nikitin was born on November 18th, 1995, in Belarus. He became interested in music at a tender age, when his mother helped him try the button accordion. Alexey began to study music when he was six years old and graduated from the Belarusian Academy of Music in button accordion. He is the multi-winner and laureate of various international and national competitions as well as festivals. Alexey has also received a President’s Award, and he is a member of the Bank for Gifted Youth.

Alexey, who is still very young, being only 26, has performed in very well-known concert venues, among them, the State Kremlin Palace, Moscow State Conservatory, Moscow International House of Musics, the Gnessin Russian Academy of Music and concerts around Europe as well.

As a music producer, he started to play and mess around with different synthesizers, developing a love for EDM music and dubstep. Messing around with the synthesizers brought him to demand in show business in three years.

These tracks have a history of their own. The first pieces of the melody are from May 2017. During the beginning of “Night Wish”, Alexey goes for the sentiment of falling in love. He portrayed this feeling, which intensifies when the sun goes down. Gradually, he added different melodies and pieces which resonated with his internal feelings. This is how “night wish” was created. “Multiband” is another step in edm genre. The tracks were released with Blanco y Negro (Spain), both a success with over a million streams.

Gradually, and following the influences of modern trends, listening often to Justin Bieber and other pop artists, PYTI’s music began its transition to pop genre. “Get high” was the track that reflected this transition, and it was written in very short time. It was the dance-pop banger that brought PYTI to fame in just a day. The song became a pop hit that broke over a million streams.

Move on, Tell me and future plans

PYTI likes to explore new genres, and after the huge success of “get high”, he started to get into electro pop tracks. Both “Move on” and “Tell me” are pop bangers. It was a challenge to make electro pop songs, but as a musician and musical producer, he was able to take the challenge very nicely.

Alexey is now creating new tracks. In a recent interview, he said “I compose music with great experience and education behind my back. I am a very experienced classical musician who still performs on stage.  No matter how we sing, dance and play, it is important what kind of emotion we feel at the same time. My emotion is just happiness, that someone needs it, that I succeed, that I take places in competitions. That’s great.”

Idrees Kickz is emerging as the glittering star of e-commerce with his brand Woiair.