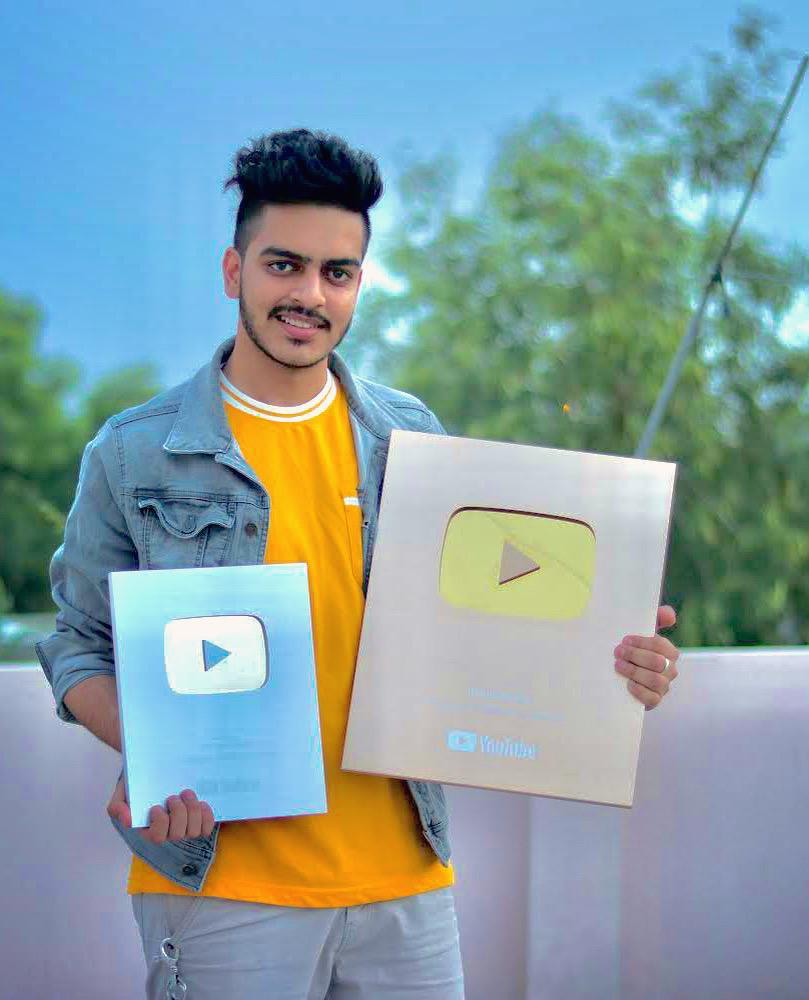 Social Media is one of the biggest platforms in current generation especially for youth to showcase their talent. But on other hand it is the most competitive place, where it is highly difficult to make your own identity among millions of people. We see numerous videos on YouTube and it’s very tough for any Youtuber to win audience heart by over coming all the critics and harsh comments. Have a glimpse of Rachit Rojha whose journey as a successful Youtuber will amaze you.

Rachit in his initial days, didn’t had any idea about shooting a video. So, he had a glance of all the famous personalities of you tube and tried to learn and gain some knowledge by watching their videos and started his own channel on YouTube. Firstly, he started recording videos in his phone with the help of selfie stick, he also took help of his friends and sister for recording his video. But he was very intimidated by the audience and no one supported him and also made fun of his videos which made him feel de-motivated. So, he just took some time off from the social media world and stopped making videos and started concentrating on his studies and took admission for B-Tech in IPU college. But life took turns again and his new friends realized his talent and came to know about his passion of being a most popular Youtuber and encouraged him to start all over again.

Rachit started fixating more on making creative videos on YouTube. He came across Sociopool India, a digital influencer and marketing company whose CEO– Mr. Aashish Bhardwaj gave him all the success mantra and guidance for being a successful Youtuber. Now this was the turning point of Rachit’s life. He crossed millions of subscribers just in a year, when he started on YouTube, he was having only 300 subscribers and today with guidance from Mr. Aashish Bhardwaj his dream converted into a reality. Rachit left his engineering to totally concentrate on his work, but his parents were not happy with this decision as they believed that there is no such career in this field but Rachit worked hard continuously with determination and consistency to become the one of the most recognized Youtuber.

As Rachit was par excellent in his academics due to which his parents always thought that he would end up being a Doctor or engineer. After his completion of his school, he took drop of a one year for preparation of IIT. But Rachit always wanted to do something unique and productive as he used to write rap, so he thought of making music, but he did not have proper equipment and how to release a song, most importantly was not having adequate budget due to which he dropped the plan. He was an amazing cricketer too but due to financial constraints at home he could not pursue his cricketing career.

But today Rachit has gain tremendous popularity and recognition through his core work of content creation and of being a successful Youtuber. All these obstacles have propelled him to garner more than millions of followers. He sets a true example of never quitting in life and let his skills and creativity do all the talking.

The Story of Brandon Alexander

One of the Most Respectable Professionals Who Has Excelled in All His Endeavours Is SH. Ahmed Al Khalifa.