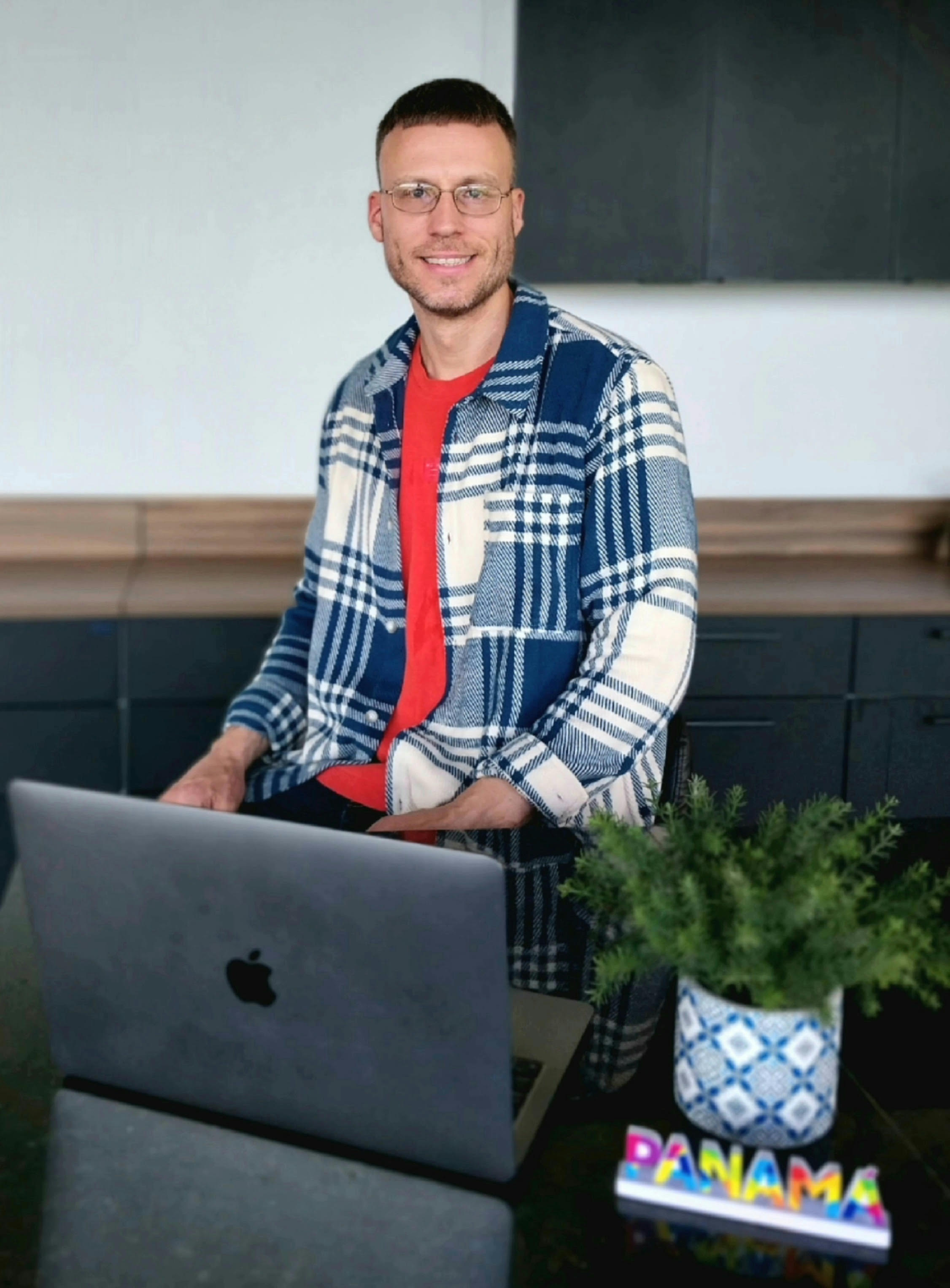 Robert Paul Kersbergen is a guy from a town in the Netherlands, Europe, who now spends his days in Panama, Latin America, trying to make things better for the people who live there and the place itself. He’s incredibly passionate about everything he does, from his freelance SEO marketing work which keeps the lights on to his charity work that fuels the fire within him. One of Robert’s major concerns is the state of things in Panama and where they’re headed.

Lesbian, gay, bisexual, transgender, and queer people face huge inequalities that affect their daily lives in Panama. There are no laws protecting them from discrimination, which means it can be difficult to find work and housing. In fact, it wasn’t until 2008 that homosexuality was declassified as a mental illness in the country.

Working with people suffering from Addiction

Deforestation isn’t the only thing that plagues Panama. Drug addiction is also something incredibly damaging, not only to the country but more so to people’s livelihoods, happiness, and daily functioning.

Hi, Robert. Tell us a bit about yourself.

My story is a bit of a rollercoaster! I started cleaning toilets to fund my studies to earn a marketing degree in the Netherlands and have been working since age 14. Every day I learned new things both inside and outside school. After the odd few jobs and studying hard for many years, I finally got my MBA. I worked 9-5 in an advertising agency for half a year but quickly decided I wanted to go my own way, so I became a freelancer.

I embraced the digital nomad life and traveled around the world learning different languages and gaining all sorts of experiences. A while ago I settled down in Panama and focused on working for some of the world’s most prestigious Fortune 500s and hot startups. As if I didn’t have enough on my plate, I dedicated any spare second I had to founding a charity and trying to make Panama just that little bit better.

I started out by volunteering for the city of Amsterdam as a sex educator. Other volunteers and I went to darkrooms and similar places to talk with vulnerable people about the importance of safe sex. I found it really fulfilling and had a great time getting involved in the local community. The charity work I did then, as well as the work I do now, helps me stay grounded.

I’ve always wanted to do something important with my life and make a difference. I thrive on having a positive impact on the people and world around me. Getting involved with charity work just made sense. I always jump at the opportunity to make something better for someone and through volunteering, I got to make a difference to many people.

Moving to Panama for Love

My partner is Panamanian and he’s the reason I moved to Panama in 2013. So it’s love that brought me here! I met my partner in Holland and we spent a few years in Panama before enjoying the digital nomad life together and finally settling down in Panama.

Being a digital nomad

After living in Panama for a while, I lived the digital nomad life for three years, during which time I lived in countries all over the world for 2-5 months at a time. I had some incredible experiences which really taught me a lot about people and helped me understand others better.

I loved Thai boxing, so I thought I’d take things up a notch and try going to a Thai boxing camp in Thailand. It was very intensive but I learned a lot from it. In Asia especially, I learned about Christianity, Buddhism, Islam, and Judaism through the people I met. Hearing about others’ spirituality and how they perceive the world really helped me see things from others’ perspectives. This is something that still helps me today and it’s the reason I consider myself an omnist rather than an atheist.

I’ve always loved languages and how they represent different cultures so one day I decided to go to Taiwan and take up Chinese classes. It was far too difficult for me, but I met a true entrepreneur when I was there and to this day we still coach each other.

When I was in Rio de Janeiro, I took a few samba classes right on the Copacabana and had Portuguese classes. In Brazil, I met one of the most caring and loving people in the world, who I’m still in contact with every day.

One of my best and most profound experiences happened in Vietnam. I met a great guy who created a charity project in which he gave bread to homeless people in the middle of the night. So many times a huge group of us took to the streets on our motorcycles, handing out the food we’d made to people who had very little.

The guy who started the initiative was living in a monastery and was set to become a priest. He became one of my best friends while I was in Vietnam and the work we did then still inspires the charity work I do to this day.

Same-sex couples are pretty much invisible to the state. Because their relationships aren’t legally recognized, they can’t get a loan to buy a house, file their taxes jointly, or add one to the other’s social security entitlement.

Living in other countries taught me that there’s a huge amount of inequality throughout the world and I want to try and fix that. One of the ways I made a difference was to start and run a charity in Panama called Union de la Diversidad. The charity is now known as CONVIVE PANAMA and it’s been in the hands of a local team since 2016.

When I was involved, we quickly got together a team of 21 volunteers and collaborated with the mayor of Panama City and various embassies to fight for equal LGBTQ rights.

I was so incredibly passionate about Union de la Diversidad that I had hardly any time for freelance work, I went completely bankrupt after six months and was forced to borrow money to make ends meet. At that point, I decided to hand over the charity to others.

I love helping people, which is something I get to do almost every day through my freelance SEO and content marketing work. When I’m not working for clients, I dedicate myself to helping people overcome addiction.

Drugs are a big problem in Panama and to help the local community I’ve joined SMART Recovery and got my counseling certificate. It’s a group that helps people transform their lives by pushing aside negative behaviors and addictive substances.

I give lectures at the municipal health center and run a weekly support group in town for people who need help.

Yes! I completed my first Upwork project back in 2012 and made just $5. This is despite having a degree in marketing and relevant work experience in an advertising agency. Believe me, I’ve learned a lot since that day. I’ve now got a 100% job success score which I’ve maintained for over 10 years and I place in the top 0.5% of best-rated freelancers on the platform.

I develop SEO and content marketing strategies for well-established Fortune 500s and up-and-coming startups. The robust and detailed strategies I develop for my clients have helped some of them double their traffic and others triple their revenue.

Just like in my charity work, I love helping my clients and I always make sure I keep the number of projects at any one time low so I can fully dedicate myself, my time, and my resources. I strive to do the very best work for every single client and from the feedback I receive, I seem to be doing a good job!

The best advice to give to someone reading this…

One of the things that had the biggest impact on me was surviving a 4-day coma in 2015. It started with a headache that became worse and worse over a few days. At one point, I was watching a Netherlands soccer game. The next thing I knew, I woke up in a hospital bed with tubes sticking out of my neck four days later.

I’d been in a coma for a full four days and spent a total of five days battling what turned out to be meningitis in an intensive care ward. The survival rate for the brain infection was just 50%. I had the whole “end of the tunnel” experience and the whole thing made me appreciate life so much.

The best advice I can give anyone reading this is to appreciate every moment of life. Do the best you can to improve the lives of others and make the planet a better place. Don’t waste a single second and make every moment you have count.

Why do Crypto Exchanges Require AML?

Adel Serhal, The Ukrainian Model and Actor Making His Place In The Entertainment Industry