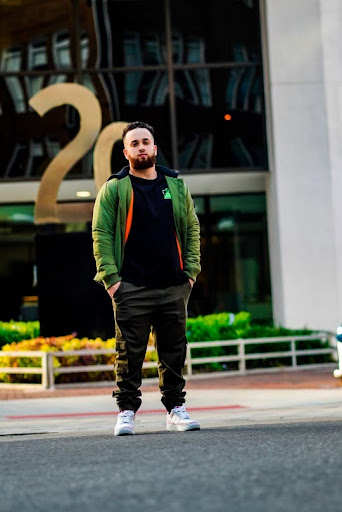 Andy Marichal is the most genuine and humble person you would meet. He is an open book and has the hunger to become the best in anything he sets his mind to. Andy is a driven individual who wants the best for himself and his family. Andy is a family man that wants to provide a better future for them.

Andy got into the credit industry and has been able to fix his parents credit. Their credits have gone up more than 100 points. He’s turning 21 on october 18th and is so happy about the direction that he’s going in. Another accomplishment before becoming an entrepreneur is he was ranked 1st in his region for weightlifting and ranked 2nd in state. Andy has a history of working hard and being the best in anything that he does!

Although Andy is now thriving better than ever, it wasn’t always like this. Andy had to work hard to reach where he is now as he has gone through countless difficult obstacles. By the age of 17 Andy was living alone with his brother, which was a reality check for him as he quickly realized being an adult isn’t easy. While he was searching for a job and attending highschool, he spent the time he could on training to be state champion for weightlifting. Times got even more difficult when his income was only enough to pay the bills, resulting in starvation. Andy could not catch a break as he would only be able to sleep 2-3 hours a day for 6 months straight due to anxiety. All these difficulties helped him come to terms that this was not the lifestyle he wanted to live, he was tired of suffering so Andy made a lot of changes within his life.

Andy was able to overcome all the harsh obstacles he was dealing with by becoming closer to god. He put all his trust in god and spent everyday working towards becoming the image that god created him as. The support of his family played a huge role as well because not only would they push him into becoming a better man, but they also always believed in everything Andy would do. Along with the unconditional love and support from his family, his mentor is someone else he holds dear to him. Not only is his mentor his teacher, but his role model as well. He has taught Andy everything he knows about credit and has set up countless opportunities for him, leading him in the right direction.

When it comes to successful habits, Andy has learned many tips on what has helped him. One of them being to have a schedule that you will not break. Along with this, Andy claims that time for yourself with no distraction, time to journal, reading, and a time to workout is a must have that will benefit you tremendously. Another main tip Andy has picked up on is to work on feeling good all the time. He states that feeling good will lead you to make good decisions, and when you make good decisions, you are working towards your goals.

If Andy were to give advice to someone just starting out, it would be to find someone who has success within your industry. Once found, ask them if you can shadow them or if they can take you under their wing. Having a mentor is a strong recommendation Andy gives, as they offer guidance and also cut your learning curve, ultimately leading to better things in the right direction.

Dealing With Challenges: How Fitness Model Jemps D. Thebaud Deal With Setbacks In His Career

How The Creative Agency Provides Digital Marketing Solutions to Entrepreneurs