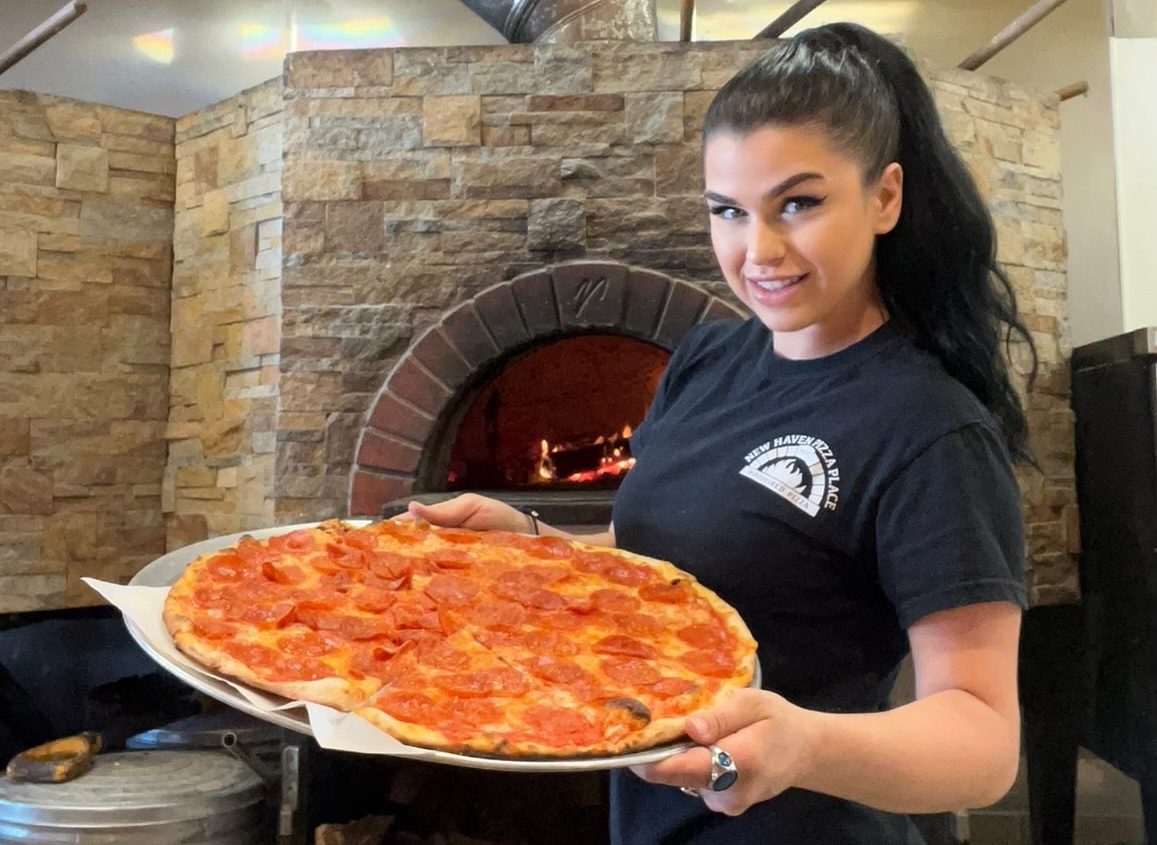 If you live in or near New Haven, Connecticut, you may be familiar with the hidden gem that is “New Haven Pizza Place”.

The shop is known for its phenomenal customer service and exceptional quality food. However, the story behind the shop and its owner, Amanda Bernardo, is equally compelling and truly demonstrates how, as long as a person is willing to put in the work, all of their dreams can come true.

A LONG HISTORY IN THE PIZZA BUSINESS

Way back in 1974, Luigi Bernardo opened his first pizza shop and bakery in New Haven. “Gigi’s”, as the shop was named, featured Luigi’s authentic pies, which were loved by local residents and visitors from out of town alike.

As a young child, Amanda’s father, Arsenio, worked alongside Luigi. Arsenio learned the finer points related to pizza making, and he also became acquainted with how to run a successful business in general.

A SHIFT IN EMPLOYMENT

As time went by, Amanda’s father eventually decided to shift his focus slightly toward the grocery business. Arsenio worked as the manager of the local grocery store for years. Then, Amanda began working as an assistant manager for the bank housed within Arsenio’s grocery store as well.

While they weren’t necessarily unhappy in these roles, both Amanda and Arsenio missed the atmosphere of the old family pizza shop.

A LEAP OF FAITH

Finally, Amanda decided once and for all she was going to leave the banking world and fulfill her grandfather’s pizza legacy.

Arsenio joined Amanda in this journey and together they opened “New Haven Pizza Place”.

They serve wood-fired pizzas that offer an old-world taste not seen in many of the restaurant chain pizza shops one would typically find around town.

Best of all, they have plans to expand operations into the space next door.

Between running a restaurant and taking care of their families, it seems inconceivable that Amanda and Arsenio could take on any more projects. However, they are driven to keep progressing their business so that they can serve even more happy customers.

Recently, they purchased the space next door to their restaurant and they have begun to build a bar.

Amanda has stated how tough the last few months have been as she attempts to navigate a shifting labor market, managing a restaurant, and building a new space in the meantime. Between all of these hurdles, she has very little time left over for relaxation or for anything else at all!

When asked about the difficulty of managing all of these moving pieces, Amanda had this to say:

“I think about giving up and quitting all the time. But every time these thoughts run through my head, I remember the old adage that ‘nothing worth doing comes easy’. It’s the hard times that make us appreciate what we’ve built.”

With this incredible attitude, Amanda forges ahead through all of the adversity she’s encountered. She offers this final thought for anyone struggling in the food industry:

“The compliment of a customer who tries our food, the smile on a kid’s face when he sees the pizza coming his way…that’s what makes it all worth it.”