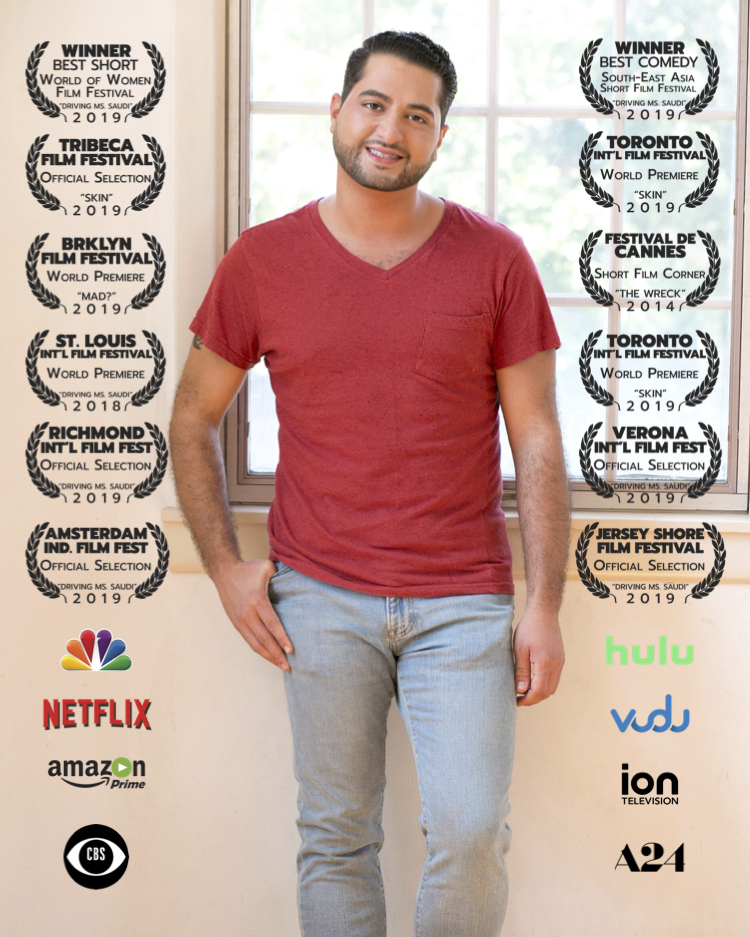 His soft brown eyes, fluency in Arabic and English, and Lebanese lineage have helped him sweep the entertainment industry. His business strategies paired with a passion to diversify the Hollywood landscape have made him one of the most sought-after creative consultants in LA. Let’s take a sneak peek at this creative genius who doesn’t hesitate to showcase global issues in his films and show support to the raging movements of today.

Walid Chaya is an award-winning actor-director that can be seen in various TV series and films. Some of his noteworthy work includes Madam Secretary (CBS), Blacklist: Redemption (NBC), The Looming Tower (Hulu), and opposite Jamie Bell in A24’s feature “Skin” directed by Oscar-Winner Guy Nattiv.

Walid is also the founder of Studio For Performing Arts LA and Moonlit Wings Productions, which is a two-time winner for “Best Drama Instruction” and also the winner of “Best Arts Program” by Washington Family Magazine.

As an actor, director and writer, he earned a lot of appreciation for ‘Driving Ms. Saudi’. It won him Best Short Film in Dubai’s prestigious WOW Mid-East Film Fair. Walid starred in the film as a son of a Saudi mother who is fearful of driving for the first time. The inspiration of the movie was when women were finally allowed to drive in KSA in 2018. Through his beautiful creation which also has a touch of comedy, he was able to show his support for the movement and the legislation that made this development possible in KSA. The movie was screened throughout the world and won many accolades. Walid Chaya aims to create more content that brings Arab culture and stories to reel. He intends to create awareness about his community and add value to Hollywood cinema through movies that promote diversity.

Walid is undoubtedly a man of many talents. He can be seen next in the upcoming films ‘Slingshot’ starring Chris Mulkey and Michael Roddy and the comedy feature ‘Magic Hour’’ opposite Miriam Shor. He is also currently working on a new short action-drama titled ‘Breaking The I.C.E.’ and developing a feature-length musical comedy titled “The Barent Trap.”

His favorite quote, “Be the change you wish to see in the world” completely resonates with his passion. His aim is to be recognized as an Arab-American actor and create content that positively represents characters of MENASA descent. He wishes to break the cycle of underrepresentation of minorities in TV and film and he is certainly on the road to achieving that.

“I hope to be known as the filmmaker that brought light to underrepresented stories from artists of color. Stories that wake people up and call for positive action. And the guy who made you laugh!” -Walid Chaya