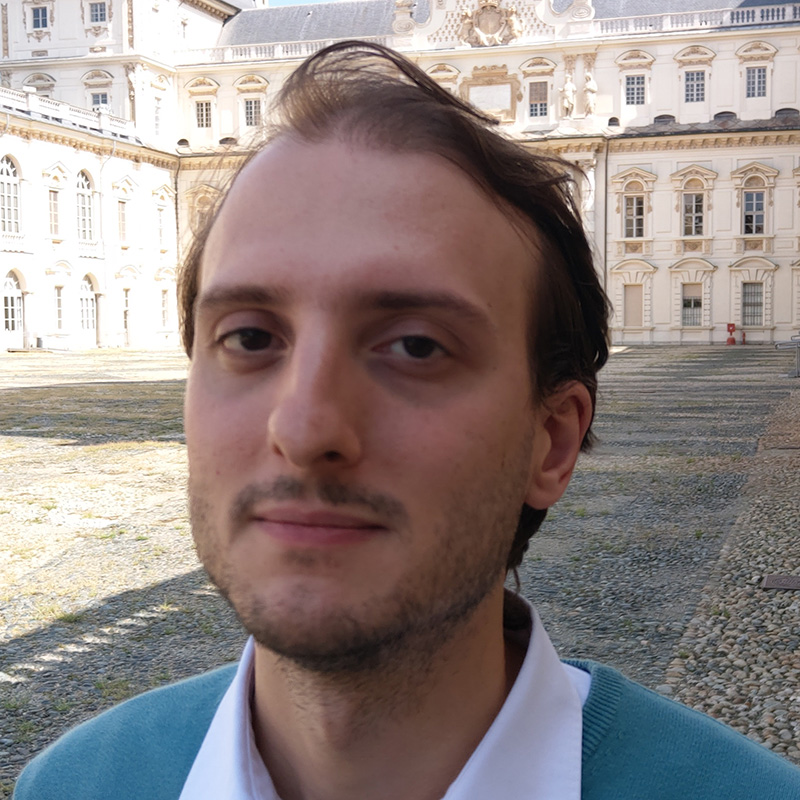 Antony “Skarredghost” Vitillo is an AR/VR developer, entrepreneur, and blogger. He started his career in 2014 with the full-body VR startup ImmotionAR, and since then, he has always striven to disrupt the immersive technologies space. In 2017 he cofounded New Technology Walkers (https://ntwalkers.it), with which he developed the first mixed reality fitness game, HitMotion: Reloaded (https://hitmotion.games), with the support of HTC. Since 2019 he has been partnering with VRrOOm (https://vrroom.studio), developing innovative events and concerts in VR, like Jean-Michel Jarre’s Welcome To The Other Side concert, which collected more than 75M views worldwide.

Antony’s blog The Ghost Howls (https://skarredghost.com) is well-known in the XR ecosystem, and he is considered by many as an influencer in the XR industry ecosystem, having participated in important worldwide events like View Conference, WCVRI, and AWE USA.

What was your journey like to get where you are?

My journey has been crazy. It all started in 2014, when Gianni Rosa Gallina, a previous classmate of mine at the University, called me because he wanted to create a startup about new technologies and he knew I was much into gaming and computer vision, so he wanted me to join his venture. We decided to explore augmented reality because we had seen some amazing Google Glasses commercials, but when we managed to buy them, we realized they were terrible. But he had a plan B, the Oculus Rift DK2, a devkit of a VR headset, and when I tried it… I totally fell in love with the technology! It was love at first sight because VR let me teleport in another place: I felt like being in a Tuscany villa, while actually, I was physically in a gray office. For today’s standards, that experience was terrible (screen door effect, no avatar, no tracking), and I felt nauseous after a few minutes… but I didn’t care, I was amazed, and at that moment, I decided I would have wanted to do AR and VR in my life. And so it has happened: here we are in 2021, and I’m still an XR professional.

These 7 years, a lot of things have happened. At first, with Gianni, we tried to create a startup, Immotionar, about full-body VR using Kinects + VR headsets. We were totally ahead of time, and in 2015, we had a full-body VR system without any worn sensors that were working wireless headsets! But we were too early, and there was no market for that system (no VRChat at that time…), plus we were totally ignorant of business practices, we were just two skilled techies, so the company didn’t go well. It was a pity because I think we were an amazing team.

But that experience laid the foundations for where I am now. In 2016, while I was a mentor at the Global Game Jam in Turin, Italy (my city), I met with Massimiliano Ariani, a game designer very passionate about cyberpunk and VR. We started collaborating, and when Immotionar shut down in 2017, we created together an agency called New Technology Walkers, to provide consultancies on AR and VR.

Always in 2016, Immotionar won a grant for an accelerator called EIA, and there I was suggested by one of the mentors to open a blog to make some marketing for my startup. I did that, sure that it would have been pretty useless (who is going to read what I have to write?) and instead people actually got interested in my articles about XR. Long story short, I’ve found myself on some lists about the top XR influencers. An incredible thing sometimes I still don’t believe it has happened.

As an “influencer”, I got to know many people, and this created the opportunity to meet with Alvin Wang Graylin, the president of HTC China, that in 2019 gave us of New Technology Walkers the opportunity to build our first product, “HitMotion: Reloaded”, a fitness XR game, that has been one of the 20 launch titles of Vive Focus Plus. Launching it in Shenzhen has been pretty exciting for a small Italian team like us! Now the game is also available for Oculus Quest and Vive Focus 3, and it got a good reception from the community.

Always in 2019, in a WeChat group, I got in touch with Louis Cacciuttolo, the CEO of VRrOOm, who was looking for someone to collaborate with for experimenting with virtual events. I caught the opportunity, and we started working together. After a while, COVID arrived, and the VR events sector skyrocketed: this gave us the opportunity to work on important events like SXSW, Venice VR Expanded, and the concert of Jean-Michel Jarre that amassed more than 75M views worldwide across all media.

It’s been a messy process: I’ve failed with my first startup, I was there during the winter of VR in 2017-2018 when people kept saying that VR was going to fail and earning money in the sector was very hard, but in the end, all of this served as an experience to be able to come up again in 2019 when thanks to standalone headsets the XR landscape started growing again. And I’m pretty happy with where I am now, as a developer, blogger, and entrepreneur.

In a simpler phrase, what is your company exactly doing?

I have actually three “companies” I work in.
The first one is New Technology Walkers (https://ntwalkers.it). We do AR/VR projects for third parties: you ask us to develop an application, and we do it for you. Easy as that. We also work on products of our own, like the XR fitness game HitMotion: Reloaded. Fitness is a huge trend for VR now, and our game has had a good reception from the community.

The second one is VRrOOm (https://vrroom.studio). We craft virtual events, concerts, and festivals with high-quality graphics and interactions, usually in VRChat. We have made important events like SXSW, as I said before, and the trend is growing even more now with the metaverse hype.

The third one is my blog The Ghost Howls (https://skarredghost.com). There I write editorials, interviews, tutorials, reviews… whatever comes to my mind about XR. And it’s great especially because it lets me connect with many wonderful people from our community.

What about Metaverse are you most excited for in the future?
I’m excited about the Metaverse because of the opportunity it gives us to defy the friction that real life has. I love real life, and I still think that a hug is worth 1000 Zoom calls, but the problem of real life is that it should abide by the laws of physics, and this is an issue. Do you want to meet your friend in China? You have to take a 12-hours flight. Do you want to have a big new TV? You have to go to buy it, make it fit in your car, then find a place in your home where to install it, spend time installing it, etc… Do you want to put a beautiful object in your living room? Over time, it gets dust and becomes old.

With the metaverse, that is the internet that becomes immersive, many of these things can become digitized, removing the friction. Do you want to meet a distant friend? Thanks to XR and 5G, you could see him/her in front of you, in your room, exactly as if he/she was physically there. Do you want a big TV? You buy a TV app, and you have a virtual TV that you can have in your home, and position it wherever you want and you can move whenever you want. And you can decorate your house with virtual objects that are there in AR, that never get old, and can be changed with just a click, removing all the waste. These are the things that excite me… the possibility of merging the realities to make our life better and easier. Of course, we’ll need many years to get there, but I think sooner or later, it will happen.

Why should we be paying attention to the Metaverse?

Because it is our future. Now there is too much hype about the metaverse, and too many people are writing useless fluff about it. But the truth is, the metaverse is the natural evolution of the internet: the internet is limited to 2D and an external screen. Why should you watch a little 2D screen to follow the indications of Google Maps, when you could have them in 3D in front of you guiding you? Why should you have calls by looking at a 2D screen, where you never know if looking at the screen or at the camera? Having an avatar in front of you is more realistic, more immersive, and natural.

2D displays are too limiting, and 3D opens up many more opportunities. The metaverse will come, we don’t know when and how, but it is an obvious evolution of the technology. 2D screens have taken us here, but now it’s time to break the barrier of the flat screen and enter into a new reality.

Some people misunderstand the metaverse, they think it’s like a big 3D game, something like Ready Player One, that will substitute our realities. It is not that. It is more like taking our current 2D screens and putting the content all around us. So, yes, there will be 3D worlds… now people play games like World Of Warcraft all together in a 3D world, and that world will become immersive. But most of our lives will still be in the real world, it is just that it will be augmented, empowered. We’ll still have the old opportunities, but in addition, we’ll have many new ones.

That’s why we should pay attention to it: because it is the next technological evolution and it will create many new opportunities.

Why Childcare Professionals Should Boost Their Careers at Legacy Academy