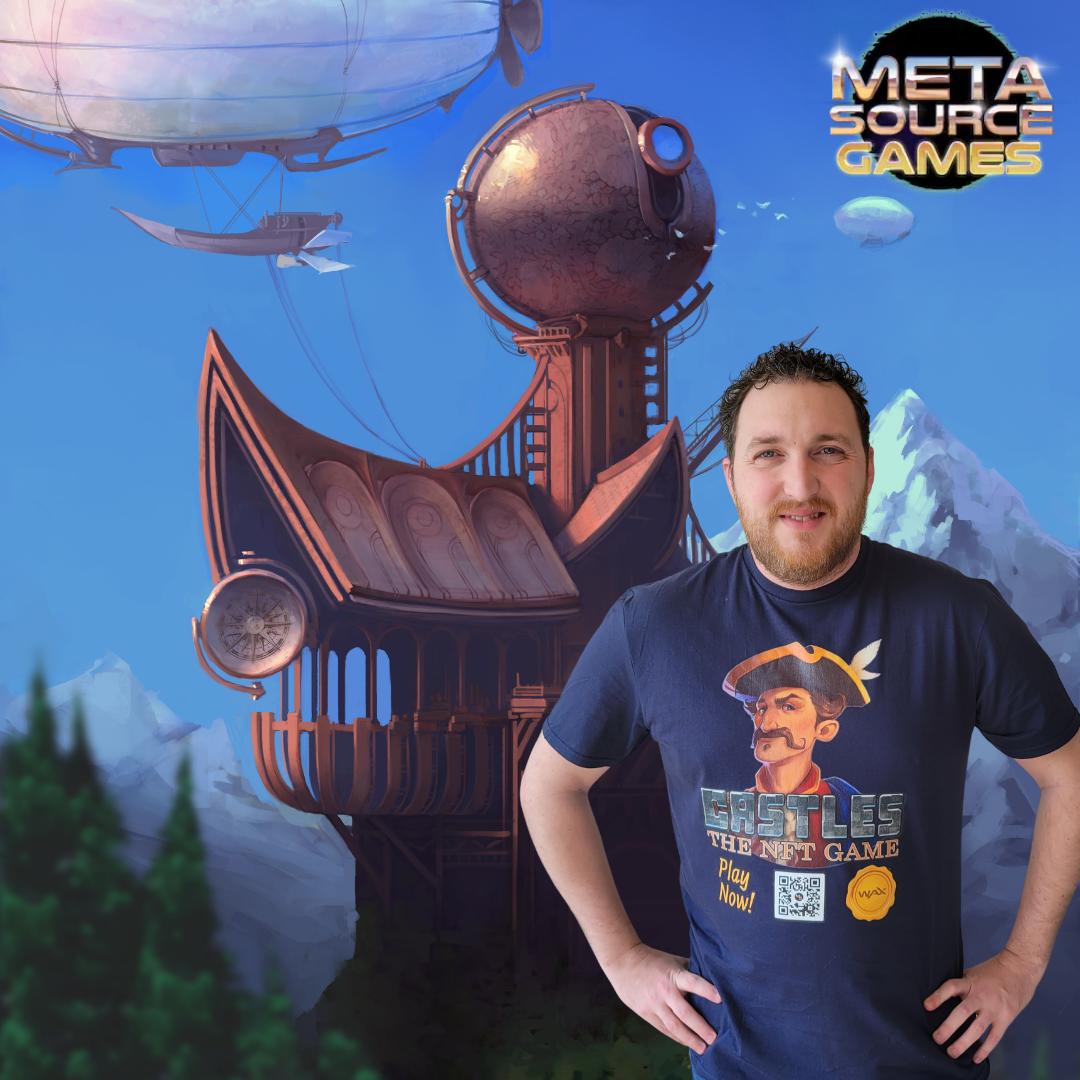 NFT gaming is on the verge of becoming a major force in the gaming industry within the next few years, and game development companies are locked in tight battles to see who will capture the imagination – and market share – of the gaming world.

With so many companies starting to move into NFT and blockchain gaming, there is one that stands apart in quality and excellence. Metasource Games has built a loyal and passionate fanbase with impressive offerings including their most popular game, Castles.

What makes Metasource Games so popular amongst gamers? It starts with the fact that the developers are gamers as well. As partner and lead developer Joshua Cantrell explains, their commitment to giving players an exquisite gaming experience is what drives them to continue innovating and improving their products.

And now, their work is being noticed by gamers around the world.

One of the first things Cantrell and his partners agreed upon when launching Metasource Games was their desire to create something truly remarkable for gamers. Instead of focusing on the best ways to generate revenue for the company, they looked at the community itself: What do they want in their gameplay, and how could Metasource Games exceed even their loftiest expectations?

“We are a small company, and we believe in NFT gaming,” Cantrell says. “We want to create something that is very friendly to the players and not a pocketbook gouger. We want people to come in and play and enjoy themselves, without having to constantly reinvest more, and buy more from us.”

Nearly all revenue Cantrell and his team earn is reinvested into the company, allowing them to rapidly build and improve their games while keeping their prices low. It is a model that is designed to benefit the players at every stage.

“We are not trying to just make money,” Cantrell says. “We are trying to make something great.”

In the history of gaming, players never had full ownership over their achievements and in-game builds. Although entertainment is its own type of reward, a player who leaves a traditional video game cannot take their achievements with them – or sell them to another player. The lack of true ownership has been an unsolvable problem until NFT gaming.

In Castles, players own everything they build within the game. It is a player-controlled virtual economy where players can buy and sell their products. This development adds new layers of excitement and enjoyment to the gaming experience.

“With NFT gaming, you can transfer accomplishments from one person to another, and everything is transferable at any time,” Cantrell says. “There are no locked down times, no withdrawal fees. It is already possible in our game because we wanted to facilitate this for the players, for them to enjoy what they are doing and what they are building.”

While most NFT games use Ethereum – which suffers from high transaction fees – Metasource Games has their games on the Wax blockchain. This was a deliberate decision by the team to eliminate added fees and benefit the environment at the same time.

While NFTs minted on Ethereum contribute to the blockchain’s tremendous amount of electricity usage, Wax is conversely a certified clean and carbon neutral blockchain. So, not only do the players benefit, but the environment does, too.

The team at Metasource Games have taken every step to make their games more convenient and enjoyable for their players. As Cantrell explains, their commitment to the players includes some decisions that might seem unorthodox for other video game development companies.

While some games in the industry require hours of gameplay to maximize your enjoyment, Metasource Games took the opposite approach. They want players to enjoy their games whether they have 5 minutes, or 5 hours to play each day.

“If you are busy today and want to spend 20-30 minutes getting your mints done, that’s okay. You can spend as little as 5 minutes on the game each day,” Cantrell says. “People have different levels of engagement, and maybe they have more time on different days. We always want to facilitate what you have time for.”

By Gamers, For Gamers

By far, the biggest reason Metasource Games is becoming the premier NFT gaming company is their relationship with the players. They understand gamers better than anyone in the industry, being avid gamers themselves, and have created a community that celebrates the gaming experience.

The Metasource games partners are always available to answer questions from the players. Additionally, Cantrell and his team host multiple live-streams each week to chat with their community, where they share works in progress, and development updates such as their new website.

Perhaps most important of all, they value their players – and they listen to them.

When players come to them with suggestions for improving elements of gameplay, Cantrell and his team take those suggestions seriously. Whenever possible, they take the input directly to the development team and create immediate solutions; something that is unheard of at other gaming companies.

“We call up the developers, get a meeting, and we start working on a solution, and three days later, it’s done,” Cantrell says. “Players are thrilled, they want to know how we did it so quickly, but it’s simple. We listened to you. You had a great idea. We don’t take months to mull over a great idea, we want everything to be smooth and enjoyable.”

As NFT gaming becomes a larger part of the gaming industry, companies will race to provide the greatest experience for their communities. For players looking for exceptional gameplay, a loyal and passionate community, and innovative leadership who love games as much as they do, there is only one place to look: Metasource Games.

To learn more about Metasource Games and how they are revolutionizing NFT gaming, please visit www.metasourcegames.com.

How This Company Has Optimized Performance With Recovery-Focused Sleep

The artist who has music in his soul HASSAN COMPOSER