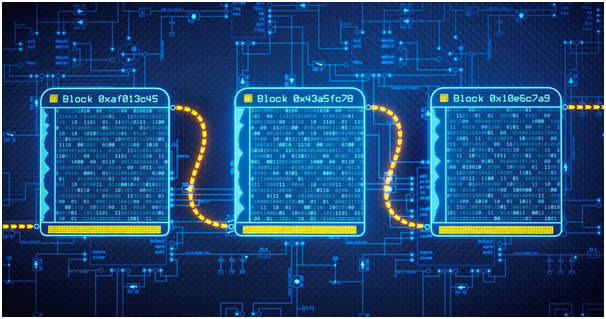 Over the past few years, cryptocurrencies experienced something like a revival. A lot of entrepreneurs are interested in alternative investment possibilities and cryptocurrencies are the most likely at the top of the list of investing ideas. On the site Hiveon you can find even more useful information about cryptocurrencies and their mining. Вitcoin and altcoins are the best virtual way to pay and one of the best solutions to invest in.

Cryptocurrency is numerical money protected by cryptography, which is mainly relying on decentralized networks based on blockchain technology. The term ‘cryptocurrency’ is understood as the innovative form of ‘virtual coin’ in a distributed accounting system, followed by advanced cryptography. This is a system that stores information about the assets of a specific wallet in previously received units of cryptocurrency. The most popular currency among them has always been bitcoin, but in our opinion, altcoins are the best not only for buying but for using for investments.

As for altcoins, this is a term for an alternative coin and is defined as cryptocurrencies or tokens — regardless of the name, similar keys are used to transfer currency between virtual wallets. Many types of altcoins are created in a bitcoin-like system, but each of them has their own distinctive set of features — some focus on improving features that were not ideal in bitcoin, for example.

Compared to Bitcoin, altcoins are a cheaper currency for long-term investment, and great for small transactions. There is also a difference between Bitcoin and altcoins in terms of the number of units of cryptocurrency in circulation, or the definition of a maximum number of coins. But what we think are the best altcoins?

Platforms allow users to make their projects, blockchains, and tokens. Ethereum is the best known and one of the most popular platforms, but others have followed suit and provided the infrastructure with innovative projects.

This is the multi-chained network, which is capable of processing many transactions across multiple chains in parallel. In 2022, Polkadot showed one of the best profits from investment. Last year, this cryptocurrency had the maximum price of $54 and in a couple of months grew to 650%.

Polygon is a token of Etherum, so its goal is to enable faster and cheaper transactions on Ethereum using layer 2 side chains. Users of this platform can send Ethereum tokens to a Polygon smart contract address, transact with them in Polygon, and then withdraw them back to the main Ethereum blockchain.

Bitcoin (BTC) is widely believed to have given rise to cryptocurrencies and blockchain technology. Bitcoin was officially the first cryptocurrency, which is still the most popular, but today there are thousands of alternative cryptocurrencies with various functions and characteristics. There’s a story that bitcoin was launched in 2009 by a person, known under the pseudonym Satoshi Nakamoto.

It is a fairly common belief that the advent of the concept of blockchain technology was more important than the advent of bitcoin itself. The range of its potential applications is wide; it is used not only to create new cryptocurrencies but also to experiment with many other solutions based on cryptography or a distributed database.

Cryptocurrencies that emerged after bitcoin are called altcoins. The oldest and the best altcoins are Ethereum, Litecoin, Solana, Ripple, and Monero, but there are currently several thousand virtual currencies and tokens.

Older altcoins were often based on Bitcoin solutions, but they were supposed to be faster, more efficient, and more useful. Dozens of these ‘Bitcoin 2.0s’ have been created, but none have revolutionized the market. More hope is being placed on newer cryptocurrencies, especially those that have their blockchains for building decentralized applications (ex. Ethereum, Cardano).

One of the main reasons why cryptocurrencies are growing in popularity is that people are starting to lose faith in the traditional financial system. We increasingly see the mainstream looking for alternative investment opportunities as they lose faith in banking and investment banking. Forex trading, CDF, and cryptocurrency trading are all at the peak of popularity and more and more people are becoming investors every day.

Many expensive items can be used to buy cryptocurrencies, including private jets, yachts, and branded clothing. But we can buy food with bitcoin, through Just Eat, or even through a VPN.

There exist hundreds of altcoins and each of them has its approach to blockchain technology and intended use. For example, there are some altcoins with the best potential:

This list covers the coin’s value, usage, and popularity. You should consider all of this and explore more information to understand what is the best altcoin to invest in.

But if we’re talking about the freshest and actual updates, the best altcoins to buy for 2022 are Uniswap, Cosmos, Lucky Block, and The Sandbox.

The Future of Cryptocurrency

What is the best next altcoin?

For example, the future of Ethereum looks bright. This cryptocurrency has been in the spotlight recently due to the explosion of NFTs or non-fungible tokens. Thus, each of the non-fungible tokens is assigned a certificate of authenticity, preventing it from being replicated. However, in most cases, it is the Ethereum blockchain that performs the function of storing this data: then purchases are settled in Ethereum, and all transactions are recorded in the blockchain of this cryptocurrency.

Litecoin is one of the most stable altcoins on the market, but also one of the oldest since it was in 2011 that Charlie Lee started programming. However, Litecoin was officially released only in 2017! They originally modeled it after bitcoin to be faster and cheaper than the last one.

Cryptocurrencies don’t have a physical form but have a certain value, so they can be called virtual or digital money. This means that if the seller accepts payment in this cryptocurrency, you can pay for the product or service in the same way as in euros, dollars, or other currency. Moreover, if, for example, a friend gives you the address of your wallet of this cryptocurrency, you can easily transfer it to any number of its units, bypassing the bank and other intermediaries. Thus, you can easily resolve even total costs.

However, the fact is that today, few people use cryptocurrency for their payment function. Most people rightly see them as financial instruments that are subject to current estimates and are characterized by high investment risk, but at the same time give them a chance to bring truly impressive profits.

As for the potential profits, it is enough to mention that initially, bitcoin cost only a few cents, but eight years later his course reached $20.000, and after another 4 years, almost $65.000.

Everything about crypto listing on the exchange