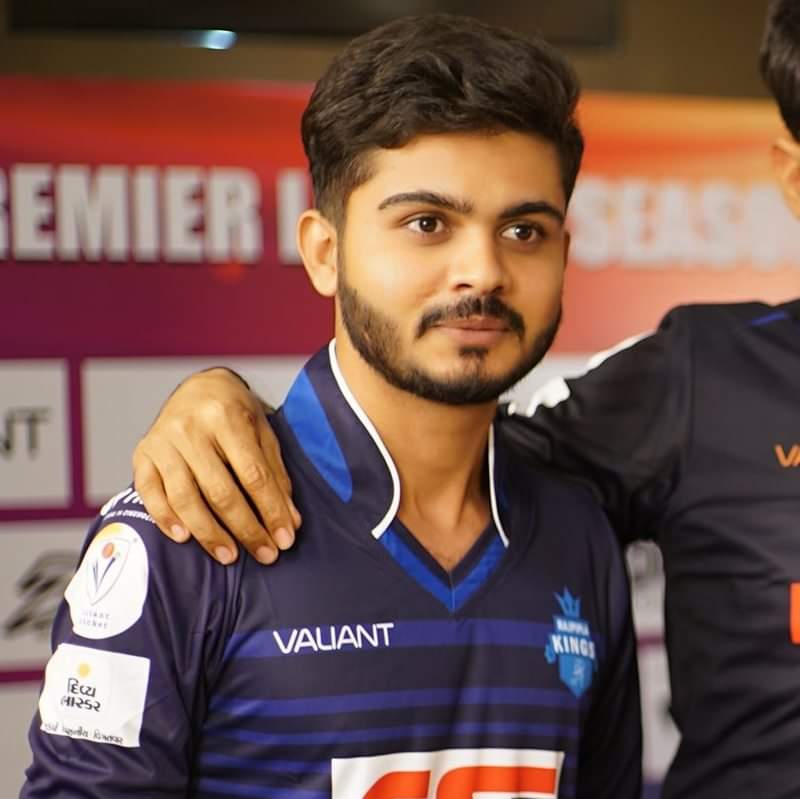 ValiantWorldWide continues to spread its wings and has emerged as one of the favorites of the cricketing public around. The merchandise has seen some takers and the market demand is on the upswing. As far as the plans are concerned, Valiant will slowly penetrate into the remote areas where they will extend support to young and talented sports people.
Mitesh Narigara one of the face of Gujarat becomes brand ambassadors for the Amreli. Mitesh is also rising fashion model from Rajula, Amreli will be promoting life style stuff for ValiantWorldWide.
He is the younger brother of the famous Valiant Cricketer Vipul Narigara.  At the present time, Mitesh is working as Regional Brand Ambassador of Rajpipla Kings-Cricket team in Valiant Premier League.
Valiant Premier League (VPL) is a 20 overs league. The league was founded by the Valiant Cricket in 2012. One of the most popular leagues in Gujarat, VPL sees the participation of five teams, Each team plays one other, there are four matches and the top two teams clash in the finals. The other sides in the competition include Rajpipla Kings, Bhopal Titans, Mumbai Horses and Surat Warriors & Cricketers like Jatinder Singh, Vipul Narigara , Richi Shukla , Gaurang Dave , Vishal Pathak also are in Valiant Premier League.
Owing to the Covid pandemic, the Valiant Premier League has had to be postponed in the last two seasons and there will be a wait and watch approach to the future of the Valiant Premier League this season even as the country has been ravaged by the second wave of the pandemic.
Mitesh also worked for Promoting many Brands on his social media. Often known to people as Mitesh, because of the fittest model tag associated with his personality, getting a body is one thing but holding it as it took a decade of commitment, enthusiasm, and hard work.
Mitesh Narigara claims that it depends largely on what you eat, he believes that if you want a fit and strong body like a model, 70% can be accomplished through the right diet that will give you results and rest is your exercise. Mitesh also stresses living a healthy, drug-free, alcohol-free and nicotine-free lifestyle as they not only destroy the body from the inside but also hamper the endurance needed to build the body. Mitesh stresses to include in your diet green leafy vegetables such as spinach and citrus fruits. He is aspiring to grow as a notable model in the Indian modeling Industry in the coming days.
Related Topics:Mitesh Narigara
Up Next