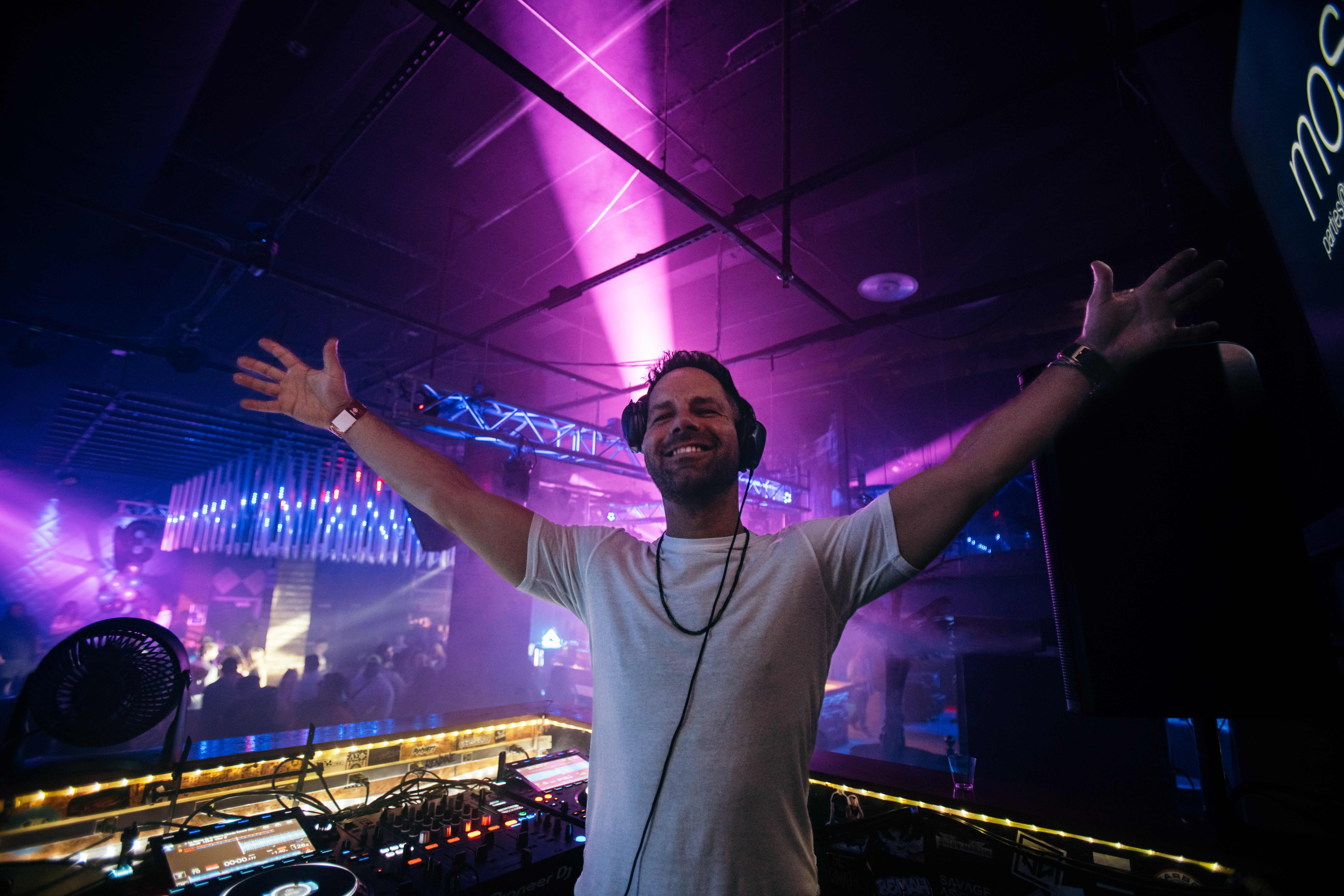 Neil Nines is more than a DJ; a veteran in the game with business savvy, he cares about the progress of his peers and is connecting dots and building brands as a result. Despite continuing to rock gigs with regularity (including fashion shows, becoming a bit of a staple in Baltimore’s fashion events community) and drop music (look out for a remix he did of Mighty Mark and Rodney Hollywood’s “The Floor Is Ours” coming this Fall), Nines is finding the time to flex his business acumen, helping DMV DJ’s in particular to band together and grow through knowledge (as well as power) in numbers. Neil Nines continues to be an artist, performer, and public figure to watch in Baltimore and beyond.

Leadership, Connection, and Education in the DMV DJ/Producer Community

Neil has been working closely with friend and fellow DJ / Booking Agent Josh Carroll (DJ Sway), founder of @DMV.djs to foster connection amongst the DC/MD/VA DJ community.  Neil recently conducted a goal-setting workshop and conversation and will is co-hosting a brand building and social media development workshop on September 20th with Lauren Bosk of Bosk Brand Management.

Neil also recently co-hosted a brand-building workshop for music industry professionals with Mandy Kimlick of TMI Management.  Mandy, who manages Teddy Beats, brought her expertise in growing the Teddy Beats brand to millions of streams, major label releases, and festival bookings such as Firefly. Neil had the following to say about said community building:

“It has been an amazing experience and opportunity fostering connection and growth amongst the music industry community here.  A common thread that comes up in our conversations is that we are all in this together in representing the value that we bring as performers.  To paraphrase one of our guest speakers Even Steve (ClubKillers), we are not competing with each other but rather competing with people’s couches.  We want to give them more and more reason to come out, see us play, to be a part of the music scene. We want to grow as an overall scene to build further recognition for the DMV as a thriving DJ scene that is home to some of the best talents in the world.  It has been incredibly rewarding the connections that I’ve made and the outreach of appreciation I’ve received through contributing to the community. ”

Neil Nines applies a similar mindset when looking to bolster Baltimore’s House Music community/awareness, saying “Baltimore has a rich, but somewhat unrecognized house music history.  Most notably, Ultra Nate’s Deep Sugar parties at 1722 and beyond come to mind and have made a post-Covid comeback.  The Rockwell Baltimore had its monthly studio sessions party featuring old-school house DJs with live instrument accompaniment, packing the place on a Monday night.  House music lovers often talk about the glory days of Paradox, a South Baltimore club that closed its doors in 2015. ”

Acknowledging a void and being inspired by the growing scenes in nearby DC and Philadelphia, Neil seeks to regrow the culture in Baltimore for a new generation, and old, bringing house music DJs and artists together to showcase multiple aspects of the genre, and up and coming talent.

While there are many places in Baltimore you can hear house music, it tends to gravitate towards remixes of mainstream top 40, Hip-Hop, and chart-topping EDM.  We seek to introduce more of an underground vibe while still appealing to those that are less familiar with the genre. The first event happened on September 1st at the Charles, Baltimore, featuring Diamond Heist, IISCO, and Syre. While he’s enjoying having a hand in the launch of this initiative, Neil Nines eyes a bigger, more unified future for the scene, and is well aware there’s considerable work to be done:

“This is just the beginning of hopefully something bigger for the Baltimore house scene and an opportunity to bring artists and fans of the genre together.  We hope to create an experience that people will really enjoy and gravitate towards.  A key will be partnering with the right venues that understand and share the vision, and promoting these events creatively.”

Keep up with Neil Nines

While Neil has accomplished a great deal by being an active, positive figure in the Baltimore/DMV music scene, I get the idea that his work is just getting started. I’m always happy to chop it up and associate it with people who utilize music as an educational tool and connection. It’s so easy to get caught up in the microwave media/scroll happy nature of music today and to hoard any competitive advantages you can as a means of separating yourself from the field. I admire anyone who chooses to “zag” instead because that’s while the idea of “legacy” can be misconstrued as a selfish pursuit, it’s the way in which we impart our knowledge upon/influence others that ultimately defines our legacy and allows us to live forever. Follow Neil Niles on Instagram and check out his music wherever you stream and download.