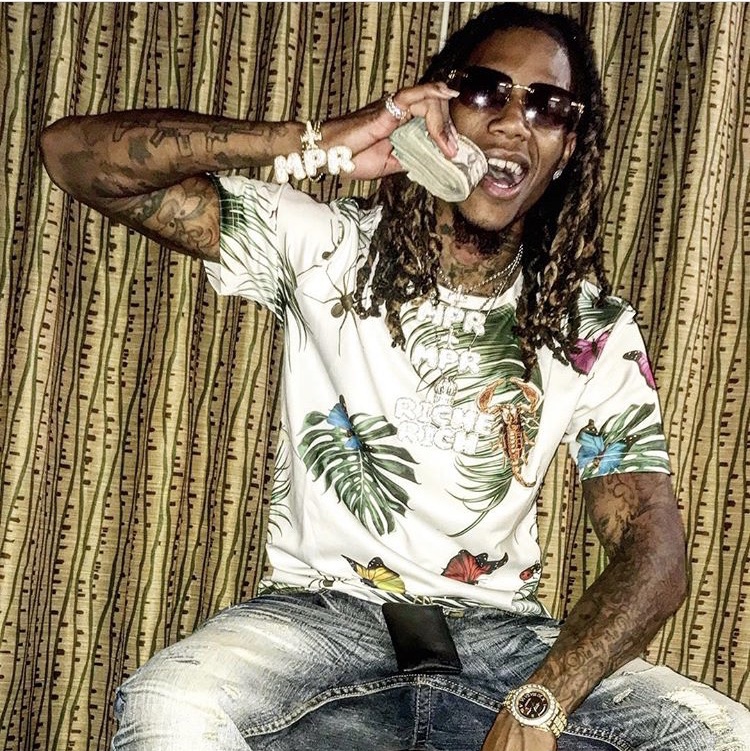 I come from Detroit, where I grew up in a poverty-stricken area. I went to the military for a few years, from 2008 to 2011, then I went to prison for three years, 2011-2014, then I started my music career shortly after. I wanted something better for myself and my family. I started going to record my first songs in 2014, and I haven’t let up since. I have been on 100’s of stages at this point, toured about 40 states, and done a lot of marketing and promoting along the way.

Detroit west side very own grew up on Plymouth AKA P Rock, and I went to Cody High.

I started music in 2014, officially going to record songs in studios, but it all really started in 2012 when I start writing in the cell to pass the time.

I got into music by finding a producer and Engineer grabbing beats and writing new material to the then recording. It wasn’t easy learning a new task, but I wanted to do something positive and well respected, so I put my best foot forward and never gave up.

The most challenging thing I’ve overcome was dealing with going to prison, and I had two Lil girls that needed me that were born that same year, 2011.

I am currently independently signed to my own label haven’t been presented with the right situation.

I’m inspired most by Master P, Diddy, Jay Z, and Dr. Dre, the way they have moved within the music game and crossed barriers to new heights.

I want people to take real-life stories and motivation from my music to understand who I am and what I come from. I am a more reality rapper before anything.

I have tons of new music that I’m preparing to drop soon. I just dropped some new music recently, and it’s all fire. Every bar has meaning, and I stand on that.

I have won a few awards but what I feel is my greatest achievement was doing a documentary and involving all my friends and family to make the full story.

I don’t produce my own music; I work with about 4 or 5 producers to get the full picture of my musical sound.

The one artist I wish I could work with is Jay Z, and I will work with him someday soon.

I’ll be dropping a new project soon. When is it coming out? Top of the year, I should have everything locked in loaded. What is it about? It’s about how I’m feeling right now. I took time out to express the things I’ve been through and the situation I’ve come   to overlook

I stay busy. I invest in real estate and my family outside of music, so those are things I’m doing daily.

I want them to know to follow your dreams and never give up on the prize. Nothing good comes easy; the more work you put into something, the greater the results of your end product and appreciation.

Georgia Carter is More Than a Model

Immanuel Portus: A Commercial Director at 21!