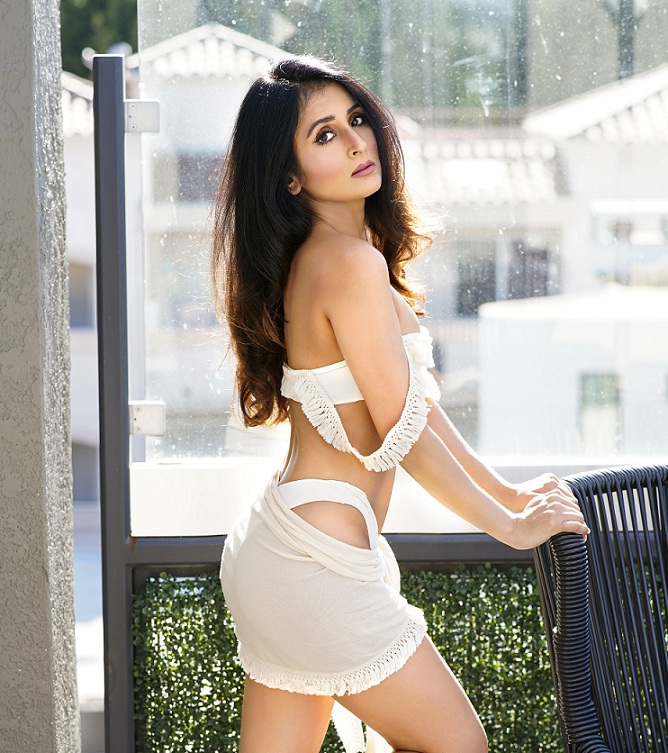 Demi Mann said that she gets many auditions for huge Hollywood Movies & Television Series from huge networks and studios, and really enjoys the whole process. With self tapes making it easier to audition for projects world-wide, Demi is constantly auditioning and working hard to book those big roles. Born in the United Kingdom, British-Indian Actress Demi Mann studied at RADA, The Royal Academy of Dramatic Arts taking as many classes and workshops as she could and graduated at the prestigious University of The Arts London.

Demi is getting a lot of attention for her skills, talents and beautiful looks and it is no wonder the rising actress is busy booking roles. But that wasn’t always the case for the multi-talented stunner, as it has taken a lot of dedication, hard work and sweat to get to where she is, it’s not easy for someone who is Indian a diverse talent with absolutely no connections in the industry, to book roles especially lead roles in Hollywood. As there is more opportunities opening up in the industry, Demi is finding herself at the top of the list, getting shortlisted for lead major roles and ultimately booking them. Demi’s parents are from Punjab, and no one in her family or her past generations has done this acting artistic career or taken this path, so it was tough on the starlet. It wasn’t seen as a suitable career choice for girls, becoming a doctor would be a more better choice. Demi overcome her adversities and has come out on top.

Having lots to smile about, the radiant beauty talks us through her audition process. “Once I receive my audition I memorise my lines and can’t help but put emotion into it at the initial stages as its instinctual, then I work it in different ways, looking at it with different scenarios, sometimes what I felt was coming at first to me organically, is not necessarily the choice I go for when it comes to choosing the takes, sometimes it’s the complete opposite, it just really depends on the sides and script and the character. There’s a deeper meaning and it’s there, just got to tap into it. Being a Virgo I work like a pro, a perfectionist.” As Demi’s eyes light up she says enjoys the audition process.

It’s safe to say that for Demi Mann, commitment and work ethic are her strong suit. When she was working on the set of Room, she had the research down and had a great cast to help which was the setting for the film. “For the role of Sanjana I played in Room I was joined by a stellar talented actor Parvin Dabbas, I researched a lot for the film.

Demi Mann is known for Skyfall, Frank and Ava, Echo Boomers, Emergency: LA, The Tesla adventures, Star blessed as the lead and many more. She has over 165k followers on social Media Instagram. Now that we are in 2022 Demi is excited about her new films and tv series and about announcing her new projects to her fans.