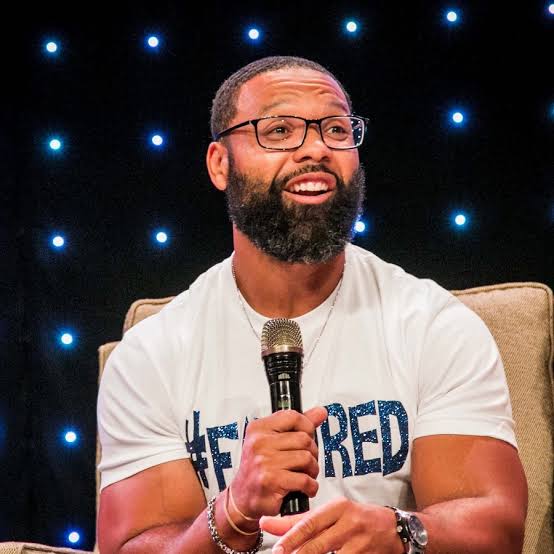 Aimless, disoriented, restless, indecisive, and impulsive are a few labels that multipotentialites have to live with.

The reason why these individuals are looked down on is a lack of understanding and narrow-mindedness of society. Unfortunately, only a few people understand the concept of multipontentialism, a person’s ability and preference to step into multiple fields all at once.

It is a fact; a person can have multiple interests and may even be passionate about building careers in more than one field. Sadly, people across the world fail to understand this and instead label such passionate individuals with all kinds of negative terms.

There is a need for someone to step up and make people understand that multipontentialism is a thing, and it is high time they begin giving multipotentialites the respect they deserve.

Lynch Hunt, a name not unknown in the fitness world, is one such individual who has taken it upon himself to change people’s mindsets. Any fitness freak deeply connected to the industry is familiar with the name Lynch Hunt. He is the man behind a fitness empire, the A.W.O.L Fitness Centers, and the author of 17 books that are popular among fitness fanatics. While the world knows him for his chain of gyms and insightful publications, he is so much more than that. A star athlete in his early days, Hunt is also a life coach, music artist, health expert, motivational speaker, and criminal justice reform activist, besides being an immensely successful entrepreneur.

Contrary to popular belief, his motivation was not money, fame, or luxury. It was his life’s experiences, the lessons he learned, and the obstacles he had to overcome to reach where he stands today. Money and fame are not something new for Hunt. Before building a name in this world as ‘the man who could do it all,’ he was one of New Jersey’s largest drug kingpins. Hunt successfully ran an 8.3-million-dollar drug ring and was a force to be reckoned with in the drug world.

Everything that a person could wish for, Hunt had it.

Hunt made a lot of money but was convicted of his crimes. He was incarcerated for a decade in federal prison. It was a nightmare for him. While his initial years were difficult, he soon began looking at the bigger picture. His conviction meant he could find a way out of this dark tunnel and turn his life around. It was in prison that he stepped into fitness and found comfort in it. He lost 70 pounds in just six months. It was not magic but a result of determination and headstrongness. This was the turning point in his life.

Spending 10 years in prison were enough for Hunt to realize his life was headed in the wrong direction. This is why Hunt refers to the day he was released from prison as ‘rebirth.’ It was his second chance, and he was not ready to give up on life. He landed a job at LA Fitness that paid $12 per hour. This contributed to his growing love for the field. Hunt gave his all into this job and set the foundation for A.W.O.L Fitness. Running one of the largest drug rings in New Jersey was how he acquired expert entrepreneurial skills. Besides his gym, he also established Resultz Nutritional Supplements. His hard work made him a successful entrepreneur and a noticeable entity in the fitness industry.

Taking his passion for fitness further, he published his book, Prison to Prosperity. This was among some of Hunt’s most outstanding achievements. He grew fond of writing and is now the author of 17 books. All of these publications made him a notable author as well. But this was not it. Hunt was capable of more and knew that fitness and health expertise were just a few ways he could help the masses, and this led him to motivational speaking and life coaching. The way Hunt has risen from rock bottom is an inspirational tale that holds power to instill hope in even the most helpless individual. Today, he is the Co-Chair Speaker Committee and Co-Curator at TEDx Greensboro.

Apart from all, Hunt is also a criminal justice reform activist. He has been there; he has experienced everything a prisoner in this country has to go through to make it to the next day. It was evident that Hunt would try to improve the lives of a neglected human population that is left to die in prison. Congressman Mark Walker of the 6th Congressional District of North Carolina met Hunt in 2019 to work out a plan to reduce recidivism. This became known as the Prison to Prosperity Act, and Mark Walker has openly given credit to Hunt’s book.

An Epitome of Courage

Throughout his life, Hunt has displayed great courage and steadfastness. His ‘richness to rags,’ inspirational tale, and how he leveraged his experiences to turn his life around are proof of his courageous personality. While he motivates people to step out and change their lives for good, he is sowing the seeds of a new era where multipotentialites like him get the respect they deserve. It is not easy pursuing and succeeding in multiple careers, and Lynch Hunt did it after he hit the lowest point in life.

Lynch Hunt is definitely laying the foundation of a new era where multipontentialism will prevail!

Related Topics:Lynch Hunt
Up Next

Pedestrian accident in Houston: Get an attorney

Probiotics and Gut Health are More Important Than You Realize