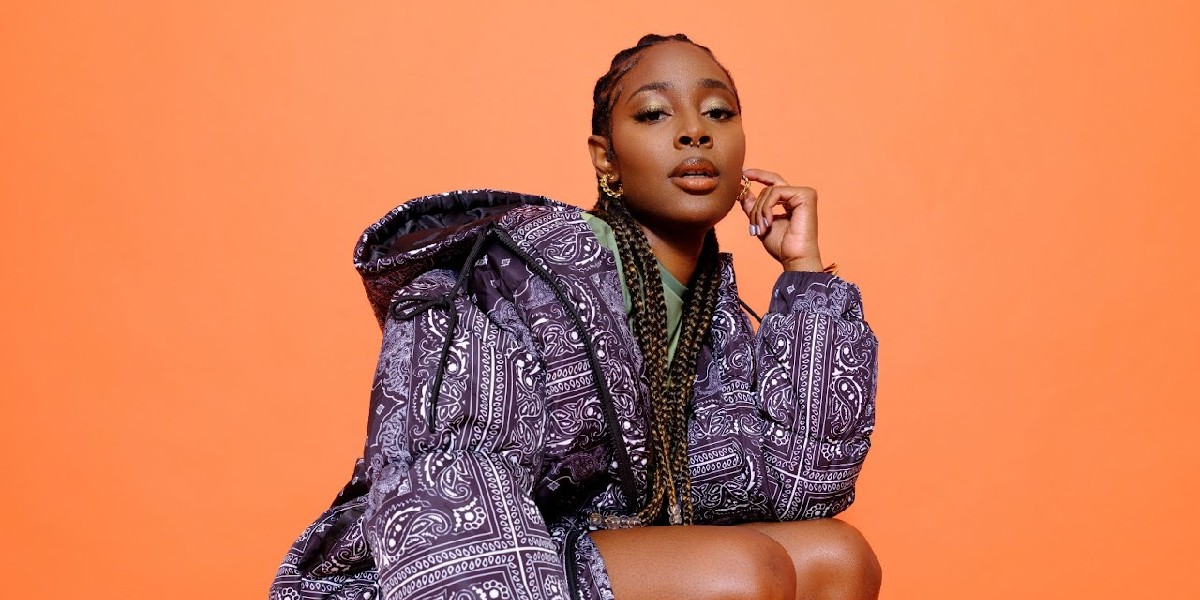 People have varying preferences and opinions when it comes to music. While some may think that a catchy tune or beat makes a track great, others would say that having excellent lyrics and poetry is more important. Yet despite their differences in taste, fans and music lovers agree on one thing: Moxie Knox is the music industry’s next biggest icon.

What makes the NYC-raised, Los Angeles-based artist such a hit among all types of audiences is that she writes many of her songs acapella, along with her incredible versatility and well-rounded musicality. Her unique songwriting process ensures that she writes and crafts tunes that maximize the vocal range and artistic capabilities of both herself and the musicians she collaborates with. Not to mention that the artist also treats, directs, and co-directs the music videos for her songs. Co-producing with Grammy award-winning musicians, Moxie is indeed an unstoppable force.

Beyond her talent, Moxie is known for her warm-hearted spirit, a charming go-getter who never fails to be the life of the party. The artist showcases her personality and her experiences through her music, from her time studying abroad in Berlin, Germany, and having an exchange student from Spain, to her memories growing up in the Big Apple. Moxie studied in the gifted and talented programs at prestigious schools on the Upper West Side of Manhattan. Her daily travel time by train from the Bronx to various parts of Manhattan, Harlem, and Brooklyn gave her the liberty of harnessing her talent, listening to music, and writing songs to pass the time.

In addition, Moxie always loved pairing her music with storytelling and dancing. With her passion for dancing, Moxie thrills her fans as she couples her music with her performances. Trained in gymnastics, ballet, tap, contemporary, hip-hop, jazz, and African dance, Moxie can move to the beat of any drum. She joined The Dance Theater of Harlem at five years old, an American professional ballet company and school founded in 1969 under the directorship of Arthur Mitchell. She also began to train at the Millennium Dance company when she was ten. Eventually, Moxie became a member of the Elliott Dance Company, founded by the late Kim Elliott. Her talent brought her to revered spaces like Alvin Alley Studios.

Moxie’s impressive discography includes her first two singles: “Thorough” and “One More Time,” which were released in 2018. Then, nearly three years later, after consistent single releases in between, she unveiled her debut album, Ride, leading her to be the face of Pandora’s indie R&B playlist. It contains ten tracks, all recorded and partially mixed by Moxie herself, produced and engineered by award-winning and Grammy-nominated professionals and includes music videos for the tracks “Curious” and “Too Late.”

But perhaps her most notable drop is her Self-Love Anthem, “Love Me Right.” It features a sophisticated music video that was a collaboration between Moxie, Sprite and UPROXX through Thirst For Yours. Featured on BET Jams, the Sprite and UPROXX campaign generated a whopping 71 million impressions worldwide. “Love Me Right,” now at over 10 million streams, was also featured on Joe Kay’s Soulection Spotify playlist and is a hit among Moxie’s fans in the dance and art communities who have created choreographies and covers of the song.

Her recent release, “Open Up,” also generated waves along with the two music videos with day and night versions launched and masterfully produced for the song. Moxie also shared that she will be releasing more masterpieces, features, and surprises with prominent producers and artists from around the world, including Germany, London, the Netherlands, and more.

Aside from solidifying her reputation as a gifted singer and songwriter, Moxie is a bonafide performer. She has graced countless stages all over the country, including the Met Theater, Highline Ballroom, Chelsea Music Hall, and The Paper Box. She was also a part of several popular music festivals, such as SXSW in Austin, Texas and A3C in Atlanta, where she opened for Pink Sweat$ and Lion Babe as a Sprite Way artist during a three-day Fader Fort show that featured Megan Thee Stallion.

When asked to share her secret for building such a stellar career, she generously responded, “Behind all of my hard work is a deep love for creating timeless music and inspiring people. From a young age, I knew I had the sauce; but, I also knew that sauce is great only if it’s on target – not all over the place. So, I got focused. I invested time and money in vocal fitness and performance training, five days a week for three years. I enrolled in classical training where I studied voice, ear training, piano and music theory. I taught myself the basics of sound, audio engineering and mixing. I joined a dance company and I went hard in the gym. I saved up and purchased DAWs (digital audio workstations) and hardware to create a studio and record my music from home. I spent hours on YouTube and in renowned recording studios when possible, learning from experienced producers and engineers. I attended music business conferences in NYC and at SXSW. I took time to learn the business of music and music marketing – on and off the books. I shook hands and sent blind emails. I asked the right questions, took advice, and bypassed the naysayers.  Every day, I wrote songs in my head while I was at work, on the train, or in the middle of conversations. While many of my peers were partying, I was either making money or making music. Last, but not certainly not least, I had the unwavering support of my family and friends. Then, next thing you know, I had fans.”

Moxie is also thrilling fans with her very own merch featuring premium shirts and totes to be released along with her upcoming songs. The products currently feature embroidered lyrics from her song “Open Up.”

Moxie Knox is undeniably one of the most promising young artists of today. With her rich textured sound and passion for poetry, she is poised to quickly rise to the top, dominate charts, and become a beloved household name. Fans can catch the remarkable performer on her next live show with Sofar Sounds on October 29th in Los Angeles.

With over 10 million views and the latest Music Video “Fame” aired on MTV, Adom is getting ready for 2023