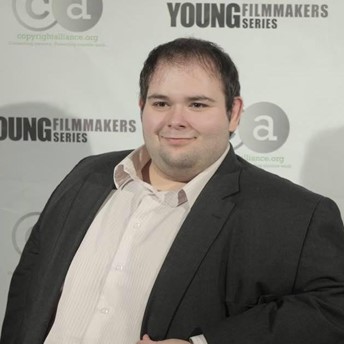 The music industry is one of the most close-knit industries where it is extremely difficult for newbies to penetrate. Being a new artist, scaling a career can be even more challenging. With labels and artists always looking for opportunities to take advantage of fresh talents in the industry, new music artists often end up signing an unfair deal. This is where professional assistance is required to help music artists get the right value for their hard work. A music lawyer has a crucial responsibility to help artists make the right decision but also help the artist get the recognition he deserves for his or her talent.

Music lawyer Julian Cordero represents some of the top artists from the Latino music industry. As a Latino and a former music producer himself, Julian Cordero has a special interest for those in the Latin American music scene. He helps his clients navigate the industry and scale their careers quickly.

Julian Cordero initially wanted to become a chemical engineer but music production fascinated him. He watched Ryan Leslie, a producer on YouTube, and wanted to emulate him. Life took a different turn and Julian became a corporate lawyer immediately after deciding to obtain his law degree. The job was not fulfilling in the sense that it was only allowing Julian to utilize his knowledge and not his passion. In 2015, Julian decided to become a music lawyer where he could use his knowledge and experience to protect budding producers and also stay connected to music.

Having been a music producer himself, Julian understands the difficulties that most newcomers in the industry face. His purpose lies in helping his clients get the most lucrative deal possible. Julian has earned positive feedback from his clients, which is evident from his social media account that is filled with kind and grateful messages. To date, Julian has worked with some of the biggest talents in the hip-hop industry. He has also represented Grammy award-winning and multi-platinum recording artists.

As a Latino lawyer, Julian is in the minority in relation to his peers. While the legal industry is becoming more and more diverse over time, there is still monumental change that needs to take place before the playing field becomes level. With his empathy for Latin American talents, Julian is introducing a new wave of change in the music industry. His understanding of Latin culture is second to none in his professional field, which has always set him apart from other lawyers. By not only being a Latin American lawyer in general, let alone being one in the music industry, Julian is giving an option to Latin artists to be represented by someone that better standards their backgrounds. This connection better allows Julian to help his artists navigate their journey to fame and financial security.

Julian is looking forward to continuing expanding his base in the Latin music scene and is determined to use his expertise and connections to help more budding talents find financial success. Keep an eye out for him as I am sure you will be seing more and more of him in the years to come.