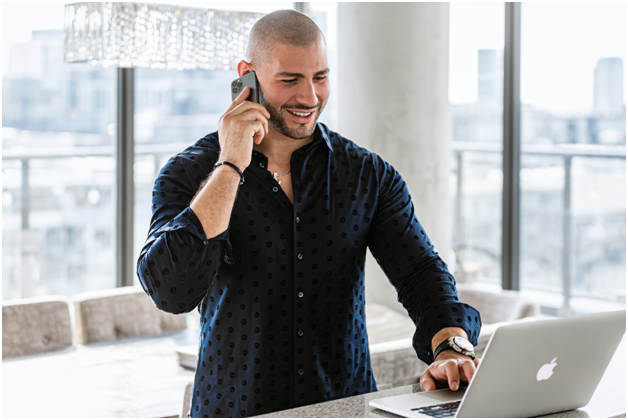 As the Founder and President of Royal York Property Management (Royal York), a leading property rental and leasing firm, Nathan Levinson manages over 10,000 real estate assets worth $4.2B worldwide. With such a large portfolio, he meets regularly with many owners, landlords, and tenants, forming relationships with them and listening to their concerns about their industry. “That’s one of the best parts of my job because I am at heart a people person. There are a lot of similarities, of course, in what we talk about – usually technology, the time it takes to process maintenance requests, and property values,” Nathan says. “One thing I often hear about and that bothers me greatly, though, is that there is still a lack of ethics in the industry. Scam artists abound, the defaulting tenant surfaces far too often, and there are issues with dishonest employees. I spend a lot of time pondering the solution.”

Nathan credits his childhood for why he believes so strongly in accountability and morality. “I was a very independent little kid,” he says, smiling a little at the memory. “I had a backbone and instinctively wanted to lead others. Somehow, even though I was in foster care and was having trouble in school, I still clung to my ironclad views of right and wrong. I was a kid, yes, but I knew on some level that if people were going to follow me, I was going to have to be worthy of the trust they were placing in me.”

Nathan is concerned that leaders in today’s property management industry don’t always practice the same values. “It manifests itself in different ways. Perhaps a landlord doesn’t fully explain a contract to their tenant. Maybe the owner isn’t transparent about the condition of the building the tenant is renting. There are so many people who place their own interests ahead of others’, and it results in lost income and disrupted lives.”

Fairness is also prized by Nathan. “I was fortunate to learn that early on, too,” he believes. “I was only seven when I watched my father struggle to find reliable tenants and receive rent payments on time each month. It’s a common problem with landlords, we all know. At that age, I felt this conviction in my gut that this just wasn’t right. Why should my father have to work so hard to collect the money he was due? Didn’t every landlord have the right to expect that the tenants would fulfill their contracts? Obviously, the answer was yes. That really stuck with me, and once I hit high school, I came up with this idea that led to one of Royal York’s best programs: a more effective tenant screening process followed by guaranteed rental income for landlords.”

Nathan believes that Royal York’s program should be offered industry-wide. “It’s not, however,” he says, shaking his head a little. “Can you imagine the effect if it was? The dishonest tenants would be weeded out, leading to steadier income for property owners, who would probably enjoy their work lives a lot more.”

Nathan has heard from Royal York’s clients that a lot of problems arise because their employees do not have a strong ethic. “That’s one thing I really don’t understand,” he says. “Don’t we owe it to the people we work for to work hard for them? Think of all the productivity we lose when we don’t give our 100% to what we do. Then think of everything we can accomplish when we dedicate ourselves to every minute of the day. You may not know that before I founded Royal York, I was homeless and living out of my car. I had nothing except a cell phone, and you better believe I was on that phone day and night, making calls and creating my company. I wouldn’t be where I am today if I had been lazy.”

Nathan brings those experiences with him to work every day at Royal York. “My past is very much a part of the Royal York culture,” he reflects. “Maybe that’s the crucial difference between us and our competitors. Yes, we’ve got the best cloud-based tech, and we offer 365/24/7 services. What good would that be, however, if we were dishonest or lazy? None at all, right? It’s the people that make the company, and with us, you’ve got the best.”