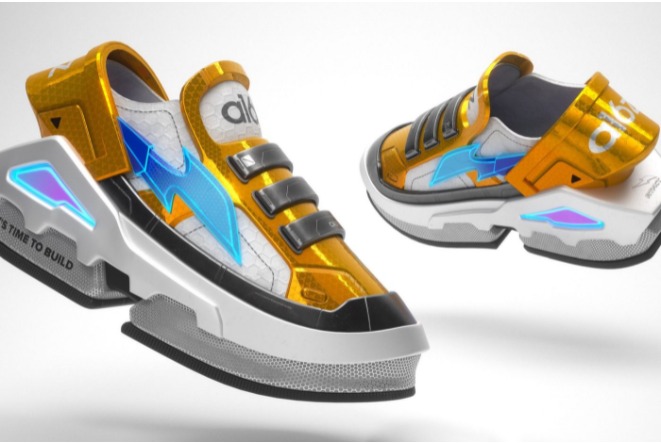 Nike, the sportswear mogul, recently stunned the globe as it moved into the realm of the metaverse industry and blockchain world. Extending its digital footprint and capabilities, Nike announced the acquisition of a start-up named RTFKT Studios. This firm leverages non-fungible token (NFT) assets, blockchain authentication, and augmented reality.

For decades, Nike, the American multinational footwear and sports apparel company has been among the top-most fashionable companies. Still, it is only a matter of time that Nike will be renowned as the company that delivers next-generation collectibles merging culture, realities in fashion and gaming. It all started in early November when Nike opted for some of its well-known trademarks like the ‘Just Do It’ tagline, its SNKRS logo, and the Air Jordan ‘Jumpman’ to be leveraged as ‘downloadable virtual goods.’

Acknowledging the legendary brands with decades of history built on high-level athletic endorsements, distinctive designs, and a grassroots culture that actually exists in the real world, Nike positioned RTFKT’s lightning bolt-style logo alongside its iconic swoosh, Jumpman, and Converse marks.

John Donahoe, the president and chief executive officer of Nike, says, ‘acquiring the RTFKT brand is a huge milestone that will speed up Nike’s digital transformation allowing Nike Company to serve athletes and creators as the intersection of sports, creativity, gaming, and culture.’

The consciousness development in humans has escalated faster than anticipated, and Nike is also accelerating the digital future. Nike is now working towards crediting the company’s founder Benoit Pagotto, Chris Le, and Steven Vasilev with leveraging the latest in the game engines to create one-of-a-kind virtual products and experiences.

NFT has lately been making headlines, some sold for million dollars, with high-end memes like Nyan Cat and the ‘deal with it’ sunglasses being showcased for auctioning. Additionally, the Nike Company website encourages visitors to link their Matamask wallets as one of the ways NFT owners can verify their purchases. Bearing in mind that in the future, they stand a chance to play games or enter other versions of virtual reality spaces where items can materialize, once those spaces have read the blockchain to assess which items you own the rights to.

Nike has taken a plunge deeper into the world of crypto-collectibles after purchasing the NFT pronounced artifact, which is why its acquisition announcement is so timely. The RTFKT is currently among the most trendy NFT project drops of the month; a sweeping avatar partnership with artist Takashi Murakami, Clone X. According to crypto tracker CryptoSlam, since the initial drop, the project has been received with so much love at $65 million in transaction volume.

Fashion freaks with a massive passion for innovation, creativity, and elegance now feel fully included in the metaverse arena. Nike is now the only global fashion line that provides cutting-edge leverage innovation to deliver next-generation collectibles that merge culture and gaming.

Based on the foundational strength and expertise, the RTFKT brand anticipates excelling as it builds a lovely community. RTFKT has also collaborated with other crypto creators to design merchandise like physical shoes that utilize imagery in other NFT projects including Crypto Punks and Bored Apes.