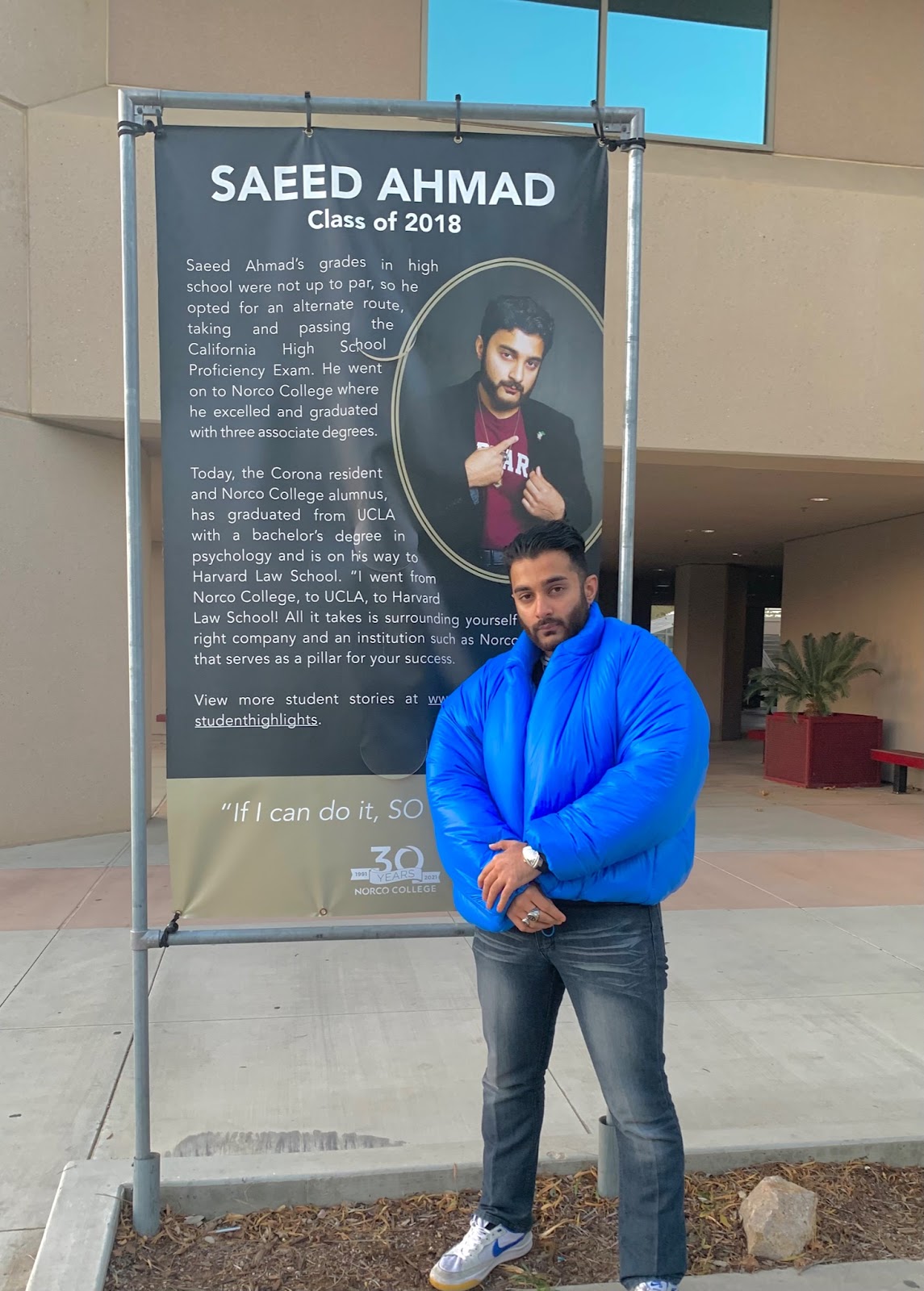 According to a report from the National Association for College Admission Counseling, an average of 62% of community college students are admitted to four-year colleges as transfer applicants. Approximately 67% are admitted to the same schools as first-time applicants. The admission rates are nearly the same. Going through the community college route offers virtually the same education as the first two years in four-year colleges. These institutions charge less outrageous fees, offer flexible academic schedules, are more accessible to high school students who need more time to explore different career pathways and mature, and can boast of fully standard courses and qualified teachers.

However, “community college student” has remained an unfairly stigmatizing label for ambitious youngsters looking to get their lives on the right track. Even after completing the transfer process to four-year colleges, the belittling continues in their new schools as “transfer students”.

It was this classist and elitist attitude that had Harvard Law’s Saeed Ahmad vowing to make an impact in the stories of transfer students all over the country. Ahmad started out as a high school graduate who wasn’t very goal-oriented for the first couple of years. He had chosen Norco College in California and was excited to start the next phase of his academic journey when the embarrassing side talks began.

“I was baffled when I eventually began to hear about the negative stigma that surrounded the community college system in America, even though it was considerably less expensive and offered virtually the same education as the first two years of college,” said Ahmad. “I was shocked because I had come into Norco College in 2016 with a plan and a fully utilized AP Credit, Honors Counselors, and online resources to strategically structure a two-year plan that would enable me to obtain an Associate degree and transfer to the school of my dreams. So why was I expected to feel less excited than my peers?”

Ahmad describes this stigma as the negative dividends of poor image promotion. Many community colleges are standard institutions of real value. However, they are marketing ineffectively and permitting the wrong ideas to foster in the minds of ambitious students.

“Most times, the supposed ‘incompetence’ or negative stigma associated with community college students was not the lack of ability, but rather, a lack of information or structure provided to them at the onset of their academic journey at the respective institutions,” Ahmad said. “As I would walk through campus at Norco, I thought of a day where I could help out fellow prospective community college students in their journey through the transfer process and beyond.”

Ahmad graduated from Norco College in 2018 with three associate degrees and was immediately admitted to study pre-law at the University of California, Los Angeles. He describes his time at Norco as an extremely valuable period where the guidance of his instructors, administrators, and peers facilitated his transition to UCLA. UCLA is one of the most prestigious public universities in the country and Ahmad knew he had to make his mark at this school he’d held in high esteem for so long.

“One particular organization had fit into his path perfectly, the Pre-law Transfer Society, but this group had become defunct over time and barely had any members left. As Ahmad and two other students resurrected the PLTS, he was installed as the president, reviving its mission as the organization that would bridge the gap between law and business for transfer students, with ideals of embracing diversity and inclusion.

“This focus ultimately led us to become one of the top Pre-law/business organizations on the UCLA campus during 2019-2020 and partnering up with organizations such as Forbes for events,” Ahmad says. “By the end of the academic year, we had come out with fashion merchandise, brought in admissions officers from the top schools, and had students from across the country trying to join PLTS.”

The PLTS bred a sense of identity and belonging for students like Ahmad who were constantly feeling left out. It helps students transferring from community colleges to anticipate genuine acceptance once their admissions go through.

While at UCLA, Ahmad had worked out a plan that would get him into his dream law school, Harvard Law School. Getting into Harvard Law would be no small feat, he knew. However, when the time came, he applied to several law schools, Harvard first, and to his utmost surprise, he received an admission letter in February 2021.

His admission didn’t come through by luck or fate. It was solid hard work and dedication as Ahmad had spent his time at UCLA building an impressive profile and a reputation that spoke on his behalf in his application.

He didn’t become complacent upon his admission to Harvard Law.

In his first semester, Ahmad involved himself with various extracurricular engagements such as the Harvard Association for Law and Business, affinity organizations such as the Muslim Law Students Association, and the South Asian Law Students Association. He also serves as the Communications Director for the Harvard Law and Entrepreneurship Project, an organization that provides pro-bono legal research and analysis to rising startups in the area.

Shortly after his admission to HLS, Ahmad was honored with a billboard of merit in Norco College as the institution celebrated its 30th anniversary.

“While in my first semester at Harvard Law School, I received several messages from both faculty and friends with a familiar picture of the Industrial Technology building at Norco College,” Ahmad says. “At a closer look, however, one would see a small billboard in the same pathway where I walked by every day as a Norco College student many years ago. And this billboard consisted of a full print feature of me that chronicled my journey from Norco College to Harvard Law School,”

The billboard now serves as a source of daily encouragement to all the students in the school and aspiring freshmen. A community college is a solid opportunity, a sufficient milestone on its own, and a huge stepping stone to the apex of your dreams. As the banner reads in its last line, in Ahmad’s own words, “If I can do it, you can do it too.” He hopes to work with educational instruction and other community colleges in the future to create an educational pipeline that enables community college students to attend the schools of their dreams.

A Passionate Interview with Patrick Schmetzer