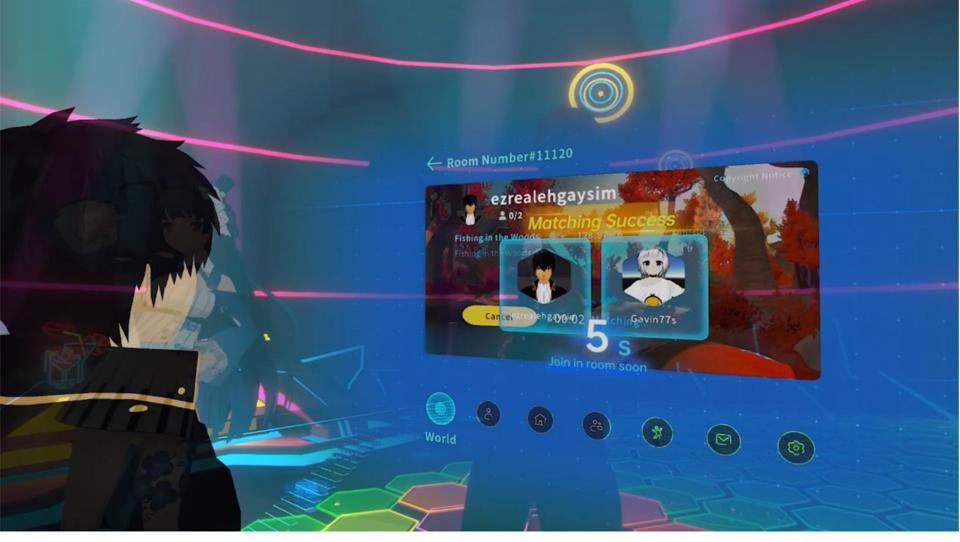 Imagine a world where you “live” second life as an avatar and share your customized home with friends who are also represented as avatars.

That’s what Oasis is bringing to the gaming community, although founder Jeff Yin refers to his creation as a social network ecosystem. Yin is a recognized gaming expert in China whose first company raised over $100 million dollars and has more than 1,300 employees.

Oasis is Jeff Yin’s second venture. The VR game/social network launched on Steam in July 2020 and has attracted over 100,000 users. With such an immersive experience, one can get lost vicariously living in an alternate reality, and thus players, on average, spend over 100 minutes per session.

The game is compatible with VR headsets and is available on PC, iOS, and Android. The global AR/VR industry is estimated at $18.8 billion in 2020.

In a nutshell, Oasis players create their own virtual worlds and make friends with other users from around the globe.

So what attracts users to the social network?

According to Jeff Yin, most VR products introduce a gaming experience, whereas Oasis users build a new, virtual social network. Your avatar lives in a parallel universe that you and friends share and create. This alternate reality is a place where your alter ego can freely roam and thrive.

The Oasis avatar becomes your new identity. It allows virtual friends to chat, hang out, and play social games like poker or play with virtual pets. When online, you can see where friends are, invite them to your home, and interact and entertain.

Players’ ability to create custom content is what distinguishes Oasis from others in the AR/VR space.

The game/social network encourages players to create and share worlds and homes, together with friends. Oasis is launching a new “club” feature that enables users to create a customized place where only friends can be invited. Assets are also shared by friends.

In other VR games like VRchat or NeosVR, less than 1% of players can create content, and the task is complicated. In those games, users need to learn Unity, Maya, and 3DMax to generate content.

In contrast, the Oasis Studio lets players with no coding skills create a fancy in-game home within 20 minutes. The studio has many templates from which to choose. To create a poker table and invite friends, all you need to do is search “poker table” in Oasis Studio. When you import a script, a poker table instantly appears in your world.

When players wear VR headsets and two controllers, the system calculates a player’s full body position so that a user can personify full-body avatars online.

Developers also strive to make the game realistic. Oasis can have more than 50 avatars on the same screen and still convey 90+ frames per second (FPS).

“When you have a pet, you can call out its name to make a pet dog or cat approach you or set beside you,” says founder Jeff Yin. “When you say ‘let it rain’ in some worlds, the climate will change.”

The Steam recommendation rate for Oasis is above 90%. The retention rate is above 50%, and average length of play is above 100 minutes. Players have 10+ friend connections on average.

The Under-Leveraged Traffic Source 99.8% of Entrepreneurs Are NOT Using