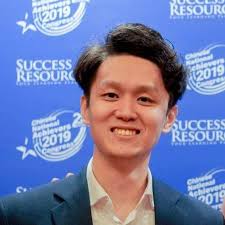 Jackson Yew is the Chief Conversion Officer and co-founder of Funnel Duo Media. which is now a multi seven-figure agency. The agency expertise in complete marketing solutions for multinational corporations and small and medium enterprises that want to add another zero to their bottom line whilst having the highest quality visuals that represent their brand in the best way possible.

The Framework Is Born

The landing page professionalist and sales conversion strategist, Jackson Yew, has spent the last decade perfecting his design process and marketing frameworks. Way before he was a designer or marketer, he was an unknown sales engineer. Like many amateurs, he invested his initial paycheques in a ship salvaging business. The venture went downhill due to poor management by his then business partner. That resulted in Jackson hitting financial rock bottom.

It didn’t take long for a driven young man to pick himself up. Jackson started designing and developing websites for international clients (UK, US, Canada, Australia, more) ten years ago, while he careered on as a sales engineer.

Jackson thought of designing websites as pure interests. Little did he know that those self-taught skills would have rewritten his life. Shortly after seeing success, he began living a nomadic lifestyle flipping websites for the first 2 years.

As much as Jackson refused to leave the carefree life as a digital nomad, he had to move on to bigger plans. His clients stopped coming back to him despite his attractive websites. The websites have issues converting leads. That was when he pivoted his business directions: From one-man show to growing a team of 20 people.

Mastery To Be An Icon

He knew that in order to successfully master the arts of conversion, he would need to begin dissecting the psychological aspect of marketing and funnel. He went through a series of trial and error to finally deduce what worked and what did not. By incorporating his marketing and funnel expertise into landing pages, he managed to revive dying businesses to getting 10 million sales in less than a year.

Jackson’s rise in his industry has made him the modern icon. He builds landing pages that sell like crazy and he has done it for notable names Mike Dillard, Frank Kern, Dan Lok, Brad Lea and other widely known entrepreneurs. Jackson has also been invited to share a stage with Rich Dad Poor Dad’s author Robert Kiyosaki, the godfather of marketing Jay Abraham, Blair Singer, Anik Singal, and Nas Daily.

Wilbert Wynnberg Shares How Anyone Can Change Their Lives