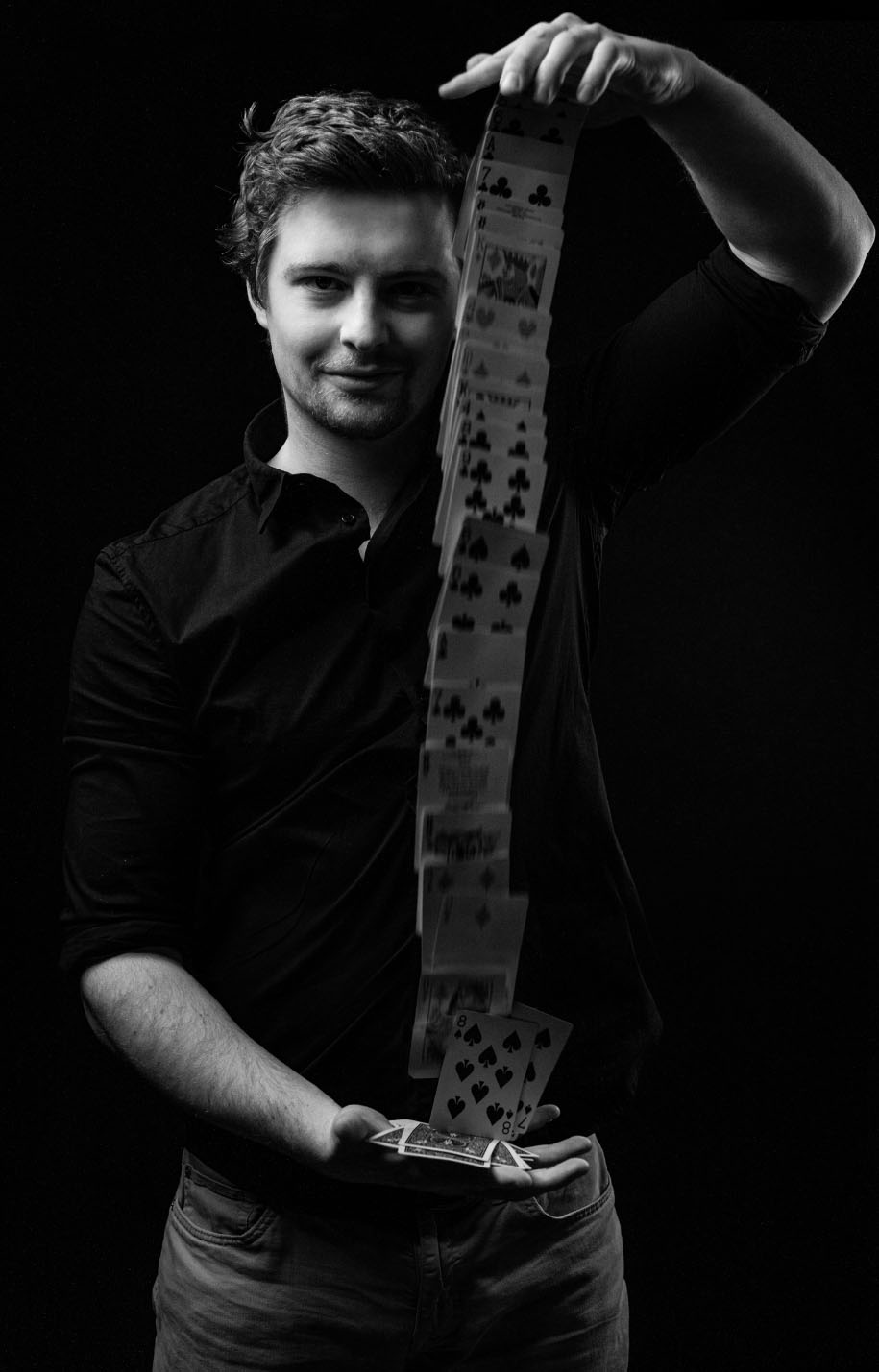 Everybody’s journey as an entrepreneur is unique. For some, they spend years grinding to develop their business, while others become wildly successful in a short period of time. Oscar Owen, a celebrity magician and influencer, sits somewhere between these two parameters, and in this article we unpack his meteoric rise on social media, and how he was able to get his magic seen more than 100 million times.

Picking up his first deck of cards at the mere age of 12, Oscar became obsessed with magic and decided that he wanted to pursue it as a career. Before long, he was performing at parties, weddings and restaurants, showcasing his skill to anyone that would watch. Whilst Owen was regularly blowing people’s minds with these effects, he noticed that his audiences kept asking him the same question: “can you teach me some magic?” Realizing that there was a demand for people looking to learn his tricks, the young entrepreneur setup a YouTube channel in 2016 dedicated to teaching magic.

To succeed in the digital space, one needs to stand out and take the time to build their own personal brand. Owen understood this, and quickly got to work creating unique magic trick tutorials that were different from everything else on the platform. For starters, he made sure each video had a Hollywood level of production quality. His videos contain everything from cinematic lighting to professional voice overs, which significantly enhances the viewers experience. Second, Owen is a master at creating videos that people want to watch. He regularly reveals tricks that fooled famous public figures (such as Elon Musk, Donald Trump and Jeff Bezos); ensuring that his videos stay relevant and engaging. Finally, Owen regularly interacts with his viewers by responding to thousands of comments and personally answering any questions that they have. Doing so allows him to not only help his audience on a deeper, more personalized level, but also forges a loyal community of budding magicians who are all keen to improve and learn from each other.

When you combine all three of the aforementioned factors, it is no surprise that Owen has had a meteoric rise on social media. His videos are strides apart from most other magic channels, and have now been watched over 100 million times. This achievement cannot be understated, and he has made his mark as one of the most influential magicians of the decade.

Beyond the YouTube screen, Oscar Owen also teaches magic to private clients on his website LearnMagic.com. Whilst it is true that you can learn magic for free on his channel, Oscar’s coaching program fast tracks students who want to master the art of deception in 50 days or less. Using his own unique system, his clients enjoy live coaching calls and an exclusive course where they get access to some of the greatest magic tricks ever created.

As a magician, coach and mentor, Oscar has distinguished himself in the industry by focusing on teaching people magic. He believes that anyone can learn magic so long as they have the time and dedication to put in the practice. One just has to be guided in the right direction and they will reach their goal sooner than they might think.

Oscar Owen: How He Went From A Few Magic Tricks To Getting 100 Million Views Online.