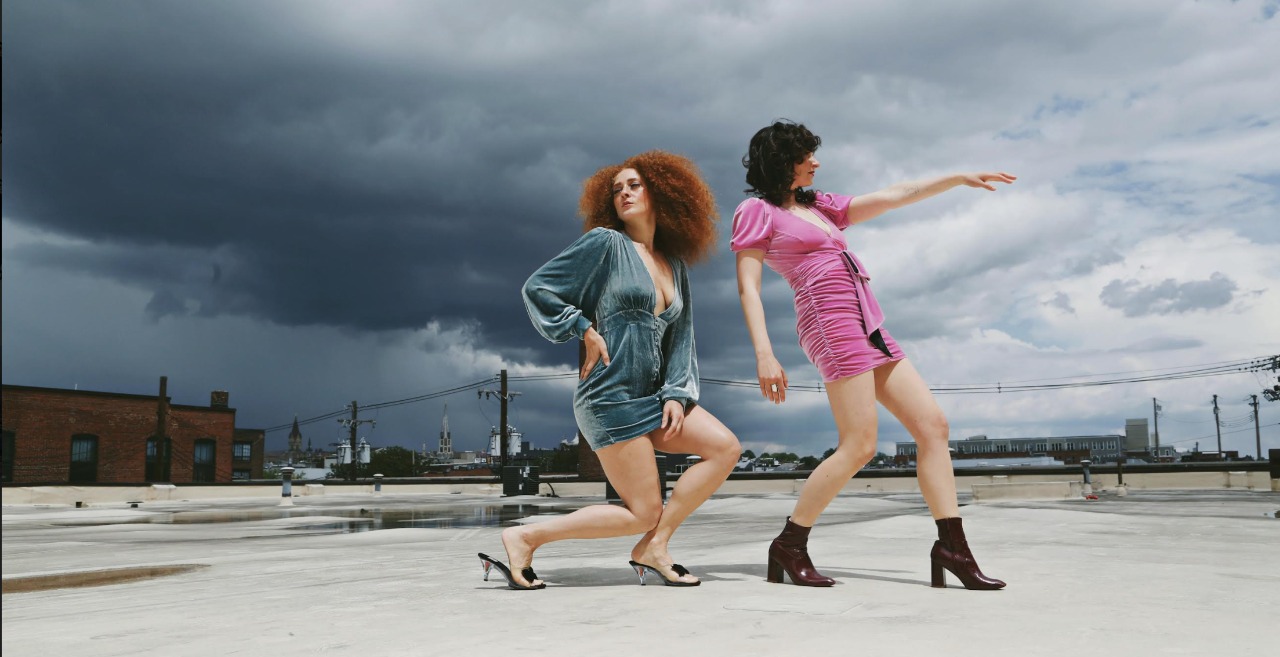 “Peabody grad” isn’t something anyone in the music world, particularly in Baltimore, would throw around lightly. Living up to the title is another story, but Britt Olsen-Ecker and Melissa Wimbish do just that, and they weld inventive arrangements with acoustic and electronic elements to create a genre essentially their own. I’m always impressed when artists can bring something fresh and unique while emoting personably and retaining a pop sensibility and Outcalls is very much that. I enjoy the witty unpredictability of their sound as well as the fact that they stray from the trite narratives that pervade today’s popular music.

The powerful duo is perhaps best known for their 2017 release, “No King,” but has continued to build substantial momentum via releases like “Stay” and “Mother.” All of the above garnered immense public approval as well as critical praise from renowned Baltimore area radio station WTMD, The Baltimore Sun, and more. Baltimore’s “electronic opera queens” have proven more than formidable and have recently said they “are dedicated to actively building a stronger, more sustainable future for women in the music industry, both publicly and behind the scenes.”

Olsen-Ecker and Wimbish are clearly aware of the landscape of independent artistry today, as when it comes to the almost necessity of wearing a multitude of hats, they oblige in spades by being songwriters, vocalists, composers, producers, engineers, and tour managers, having self-booked and managed several tours throughout the US and Canada.

What’s next on the docket aside from more gigs, Delta willing? Another project entitled Greatest Hits: Volume 1, is slated for January 2022. Before that, they’re back with a sparkly new number equally suited for open fields and Studio 54-inspired bedrooms alike. “Love To Fight” is scheduled to arrive this Fall and comes with an expertly tailored visual that is primarily set in environments resembling the aforementioned. It was written & produced by Outcalls & Micah E. Wood and features Kevin Powe Jr. (Bass) as well as Charles Wilson (Drums). Longtime friend and collaborator Wood had this to say about their latest and greatest:

“Outcalls and I have been friends for years and collaborated off-and-on with some smaller projects. One afternoon, after listening to a playlist they made, I was inspired to work on some chords at the piano. The chords turned into a simple beat that had potential, but the song really came to life when I sent it over to them and they built out some changes, a beautiful soaring melody, and lyrics we all can’t help but relate to at some point in our lives. Seeing a small song I created get transformed into something otherworldly is fully a testament to Britt and Melissa’s skills and love of this craft.”

While we’re waiting for “Love To Fight” to arrive in full, I strongly suggest giving Outcalls a look, listen, and follow below:

Polite is Absolutely Killing It!