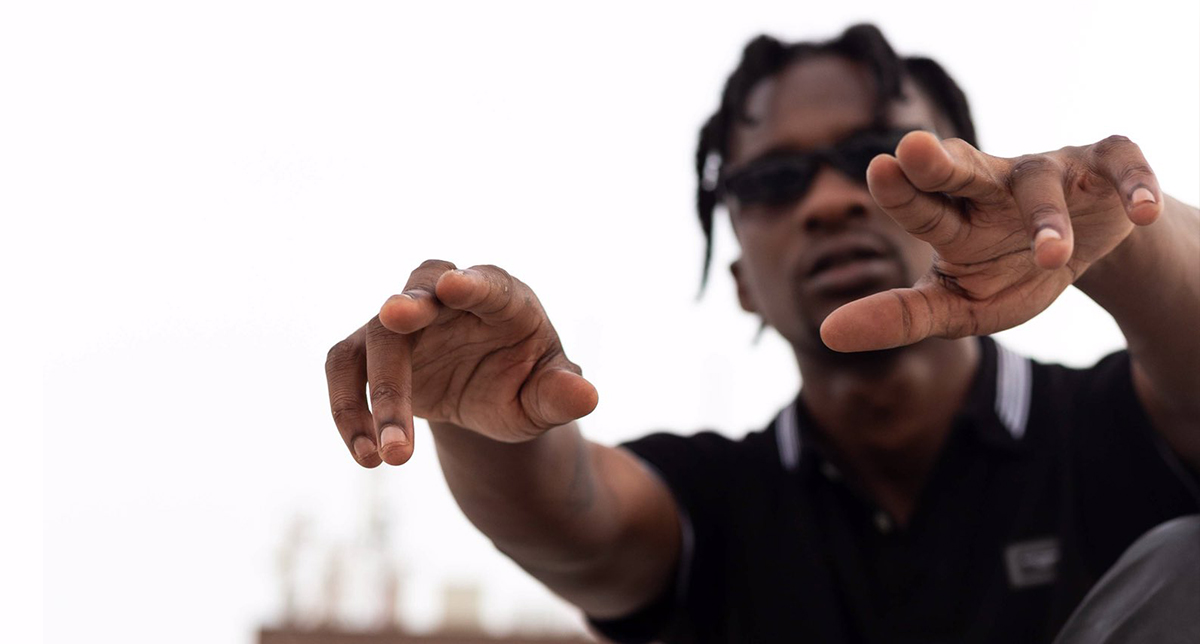 Popularly known by the nicknames “King of Adlibs” and “Trap Lord”, $pacely’s newly released self-titled project is centered around another one of his many aliases: “Keanu”, inspired by iconic Canadian lead actor of the “Matrix Trilogy” Keanu Reeves. This moniker came to life when he released ‘Digit$’ in 2017. On the cover art for the song, $pacely is pictured inside the Matrix Digital rain (also known as the Matrix code or the green rain).

Although $pacely was born in Accra, Ghana, he spent most of his formative years in Geneva-Switzerland. This phase of his life played a huge role in his musical career and it is very evident in his new Trap Tape- “Keanu”. Living in Switzerland influenced his sonic approach to making music. He got exposed to a myriad of cross-cultural influences that has helped him shape his own distinctive experimental multi-lingual sound, which seeks to fuse indigenous African sounds with various elements of urban music.

Speaking to Philip Edusei of Unorthodox Reviews, $pacely described his latest extended play as an embodiment of growth, wins, setbacks, and a general outlook on life and its pleasures. Paying homage to his Swiss upbringing, the project is exceptionally heavy with French influences, spotting features from francophone rappers Cyano Gene and Green Nagasaki, with production credits going to Geneva-based record producer KLP.

With this body of work, the Labadi music main man is looking to break boundaries and leap into the next chapter of his already glowing music career. $pacely’s “Keanu” is a sequel to the 2019 released “Fine$$e or Be Fine$$ed”, a project which had much more sonic diversity compared to “Keanu”.

Over the years, $pacely has proven to be a force to be reckoned with. $pacely has gone on to headline his own annual concert MerchMania twice already and is currently spearheading a new wave of Accra-based musical and creative talents such as Dani Draco, Asi Renie, Shabazz, and Tafo Arabi under his Labadi Music imprint.

An Interview With Upcoming Rapper BRI-YAN