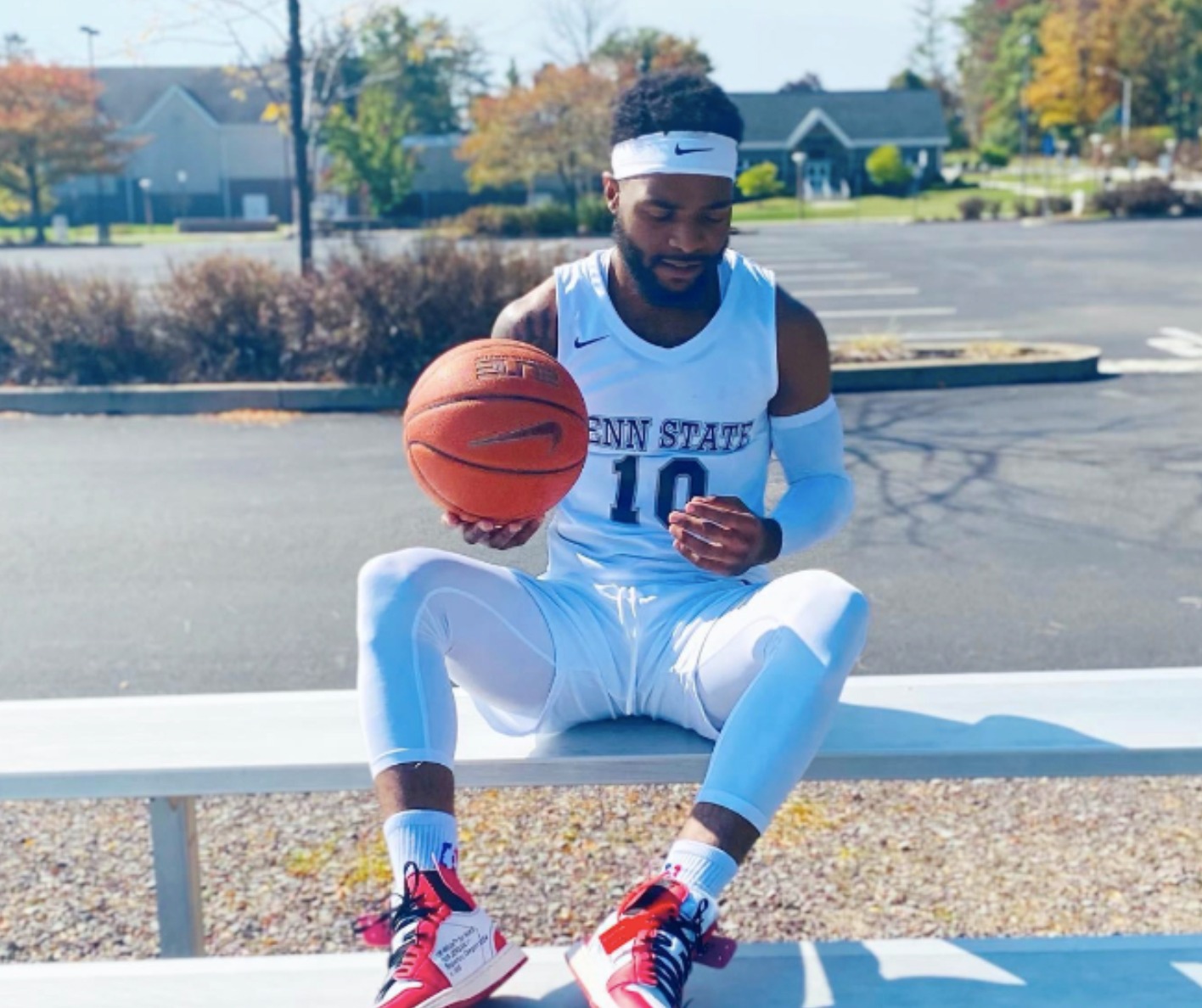 The young children of today are being brought up in a society obsessed with social media, influencers, and photoshop. When the standard they are raised around is one of cherry-picked moments, edited images, and viral trends, it truly is worrying what the youth’s goals are developing as. With very few positive role models these days, kids lack appropriate sources of information and inspiration. It is through people like Kevin Major, though, that this trend is becoming weaker.

Kevin Major, D2 Point Guard for Penn State’s Nittany Lions, has a story to share that can inspire and give drive to those who find themselves in a situation similar to that which he came from. Born in 1997 in the Bronx, New York City, Major was surrounded by basketball, which quickly became his utmost passion. It was through this newfound love for the sport that Major was able to build a successful career from. Now, at 6’3 and 185lbs, neighborhood games are a thing of the past. As of now, he has been named PSUAC conference player of the week twice, USCAA National Player of the Week on January 25, 2022, and attended the 2021-2022 PSUAC Men’s Basketball All-Conference Awards as part of the East 1st Team for beating Wilkes University. The Nittany Lions have never had a regular-season record as outstanding as it is now at a whopping 22-5 overall; Major and his team have surely made their mark on collegiate basketball. As if these honors weren’t insane already, he also leads the nation in assists. Averaging 20 points a game (with his thousandth point scored this past February) and playing on a top-2 team in the country, Major’s success is jaw-dropping. However, his journey was not in favor of such things.

Growing up in a single-parent household with his mother, Major quickly realized just how hard she worked for everything they had. Seeing her work day in and day out, every single day, showed Major from early on that persistence and determination were the ways to win in life. He cited his mother as his greatest supporter, driving factor, and inspiration for him to become what he is today. If not for her guidance and love, Major cannot say he would be where is now. As well as his mother, a man by the name of Kenneth Gucc Robinson trained him from a young age to hone his skills on the court and fight his way to the top of the ranks. From here, his well-deserved deal with Penn State University came, and the rest is history.

Aside from basketball, Major is also an entrepreneur who has started his own clothing line he named DangerActivated. DangerActivated markets fashionable, modern clothing pieces to adults and kids alike. His inclusive marketing and clothing are sure to make anyone feel stylish and confident in their appearance.

Juggling D2 basketball, a clothing business, and schoolwork is something to be commended. Kevin Major has been so successful so far in life, that to say he’s headed straight for greatness would be self-explanatory. He has truly shown to the world that life is your oyster, if you just step out and take it.

To see where Kevin Major ends up next, follow him on socials:

Related Topics:Kevin Major
Up Next