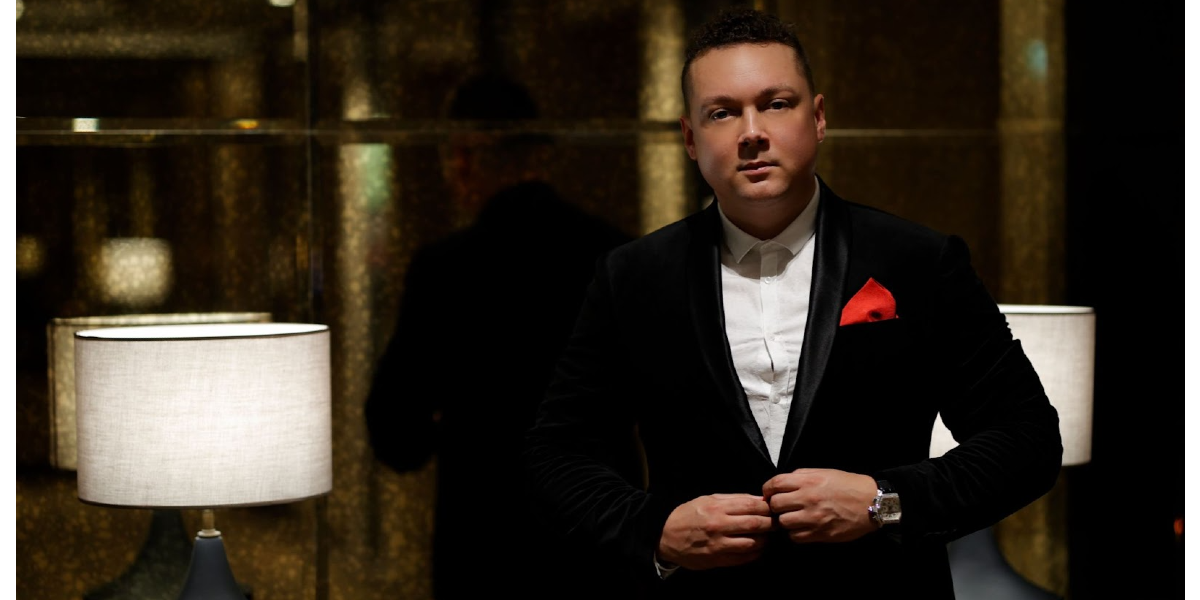 Dani is a multi-platinum, Brit Award, and Grammy-winning entertainment executive who founded ‘Straight Forward Music Group’, an entertainment company that launched its own charity initiative called ‘Straight Forward Giving’ to highlight the voices of young aspiring creatives, from disadvantaged backgrounds, to create educational initiatives whilst offering mentorship for communities worldwide.

He’s worked alongside many major global artists such as Don Diablo, P Diddy, KSI, Nana Rogues, Terry Pastor, Ed Sheeran, Drake and many more. His most recent project involved working with the iconic Marvel Studios and Disney to executive produce and compose music for the newest Marvel production called “Eternals”, which featured an all star line up of Angelina Jolie, Salma Hayek, Harry Styles and many more. The opening week grew into a box office hit, charting as the No. #1 film in the world whilst accumulating $161.7 million in global sales.

Dani Stephenson is the driving force behind ‘Straight Forward Giving’ and has been awarded with the prestigious ‘Points Of Light’ honor by Prime Minister, Boris Johnson and the Cabinet Office, for making a huge impact through his philanthropy, where he works tirelessly to help create educational opportunities, to support and mentor underprivileged communities worldwide. The ‘Points Of Light’ award recognises volunteer’s outstanding individual contribution, honoring people who are making a big impact for the betterment of their community.

Dani said “What a humbling experience, it’s a very surreal and proud moment, it never really entered my mind that people would be taking enough notice to nominate  me for an honor. Volunteering has always been a passion of mine, to give back to the community. To get this level of recognition is unbelievable, I really am speechless. I accept this award with the utmost gratitude, and extend it to all those people around the world that are on the frontline making a difference day after day, as well as the people that have helped me over the years in my charity and community endeavors, without all of us pulling together as a united team, none of this is possible.”

In 2015 Dani formed ‘Straight Forward Giving’ to provide opportunities for the next generation of young people from deprived communities nationwide, who, like himself, were also raised in lower-income households, who struggled to gain the knowledge and access to pursue a career in the entertainment industry. Dani has supported a range of projects and programmes over the last 20 years, working with ‘Children In Need’, ‘Tovil Quality Of Life Forum’ and ‘The Prince’s Trust Foundation’ to name a few, he is a voluntary mentor for the Prince’s Trust mentorship programme. Dani has also taken an active role during the COVID-19 pandemic by keeping his recording facilities open for some of his community mentees to use as well as supporting vulnerable families by donating profits from his latest releases to charities to help those affected by the pandemic.

Recently, Dani met with the Mayor of Maidstone, Cllr Fay Gooch and the Mayor’s Consort, Mr Peter Gooch who both congratulated him on his award.

The Mayor of Maidstone, Cllr Fay Gooch said; “I was delighted to meet Dani to warmly congratulate him on his award. I was very impressed by his achievements, all through hard work and determination. What particularly struck me was his mission to voluntarily share his experiences with young people in low-income households, to encourage them to take positive steps to shape their own futures. He’s an extraordinary chap.”

Dani Passionately shared, “My mission is to start turning the tide in underprivileged communities through the power of music, education and mentorship, to empower the next generation from all backgrounds and communities”

Then went on to share, “It’s important we start installing confidence in the youth throughout deprived communities, they have the power to achieve anything in life with hard work and knowledge, my motto is “The only limits in life are those we create for ourselves, anything is possible if you put your mind to it.”