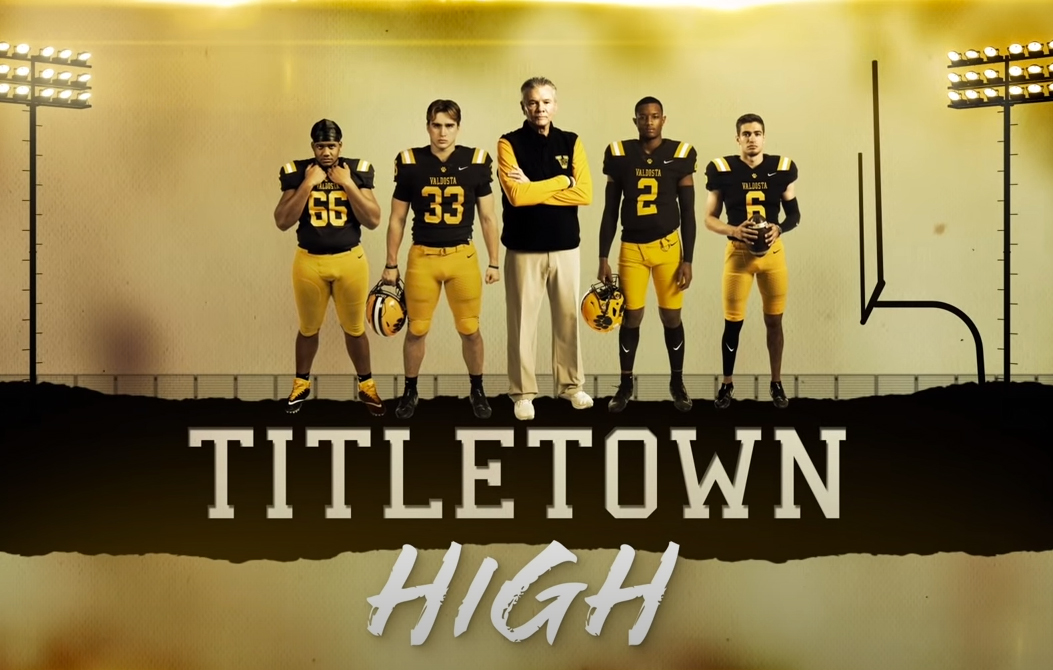 Think about sports in a more dramatic sense. From the cathartic emotions it creates to the intense effect the last few seconds of a game can have, any sports game can be compared to a drama where the athletes are the actors. The most profound effect that sports may have is the sense of community it produces. It’s not only amongst fans, but there is also a parasocial relationship that comes about between fans and star athletes that may result from shared experiences of struggle, adversity, and self-discipline. The authentic story behind every great sportsperson is something many fans crave, which is why sports documentaries that tell the uncensored stories behind a team have become so popular.

Jason Sciavicco is a producer who films the raw narratives behind the sports world and has become one of the top sports documentary makers to expertly deliver these stories. Having a resume that already includes critically acclaimed projects, such as Two-A-Days, Friday Night Tykes, and A Season With, Sciavicco has always focused on chronicling the dramatic and captivating moments that occur off the field. In his new recently released Netflix project, Titletown High, the stakes are higher as he captures the drama of a high school football team with young, starry-eyed athletes.

Before he became a storyteller in sports entertainment, Sciavicco began his production career as a student. While attending Florida State University in Tallahassee, he helped produce student-run sports shows that centered around the football team. Having the opportunity to assist ABC Sports with production work for a year, Sciavicco was hired by the network as a production assistant and moved to New York City. Shortly after, he received an offer to work for the XFL, a professional football team created by WWE’s Vince McMahon.

Although the XFL proved unsuccessful, Sciavicco was offered to work for WWE as a producer for backstage segments. While many people may argue over the authenticity behind wrestling, Sciavicco used his position to start entertaining an audience through merging storytelling and sports. Although he describes it as an enjoyable job, he soon came to a standstill within his career where he felt the “need to do more and the need to feel challenged.”

Inspired by the success of Hard Knocks, a reality series that followed NFL training camps that premiered in 2001, Sciavicco had the idea of Two-A-Days, a reality series that would follow high school football training that premiered in 2006 on MTV. “What these high school kids have to go through with the pressure of parents and earning scholarships is so much more dramatic than an NFL guy wondering whether he’s going to make the team or not,” recounts Sciavicco.

Having pitched and successfully sold the show in his mid-20s, Two-A-Days was an instant hit as it was released during a time where interest in high school football was at its peak (thanks to Friday Night Lights, no less). Over 55 million people tuned in to watch, and the series may have catapulted Sciavicco’s career in the sports reality and documentary genres. For the producer, the series was a risk similar to “uncharted territory – where you took sports and entertainment, and you mixed them to tell stories.” However, there are no redos, “it’s just real, raw moments that you’re capturing and bringing stories from.”

With the success of Two-A-Days came Friday Night Tykes, a docuseries that followed eight to ten-year-olds playing football in San Antonio, Texas. The show premiered in 2014 on NBC, and although it was an instant hit, it was no stranger to controversy with telling a “story around the time society was questioning how far is too far to push our kids in sports.” Nevertheless, the show was a great way to demonstrate the mutual level of trust required between characters and a film crew as their raw stories are being captured.

Shortly after, Sciavicco’s next project was A Season With in 2015. The show followed major college football teams including Notre Dame, Florida State, and US Naval. What made A Season With special was how Sciavicco was able to access major college football teams and film them for a whole season, something no one else did before. The show was then followed by Inside the Madness in 2018 on Facebook Watch and filmed the Kentucky Wildcats basketball team.

Sciavicco cites his success with his ability to “entertain an audience” to keep them captivated. He’s attracted to characters and stories that humanize athletes through the raw moments that occur with their families and their struggles. “A lot of times, you see these college kids and coaches at the game, but you only see the figure you would see on a live broadcast. There’s so much more that goes into who these people are. They are just everyday people that happen to have a profession that you can watch on television.”

In Sciavicco’s latest project, Titletown High premiering on Netflix, he tells the story of the struggles of Valdosta High School’s football team. The show features coach Rush Propst, who previously appeared on Two-A-Days, before the recent controversy of his removal as head coach of the Valdosta football team. Showcasing the growing pains of high school, Titletown High follows how high school athletes handle their personal and academic lives while juggling football practice.

Becoming a pioneer storyteller in the genre of sports and entertainment, Sciavicco admits that “telling stories in sports is not easy. It’s not scripted. There are no do-overs. We can’t redo a game.” However, show running these docuseries is a rare skill that he specializes in.

Tune in to Titletown High, now premiering on Netflix.

Robert J. Moore, How To Impact The Lives Of Everyday People To Become A Better Version Of Themselves