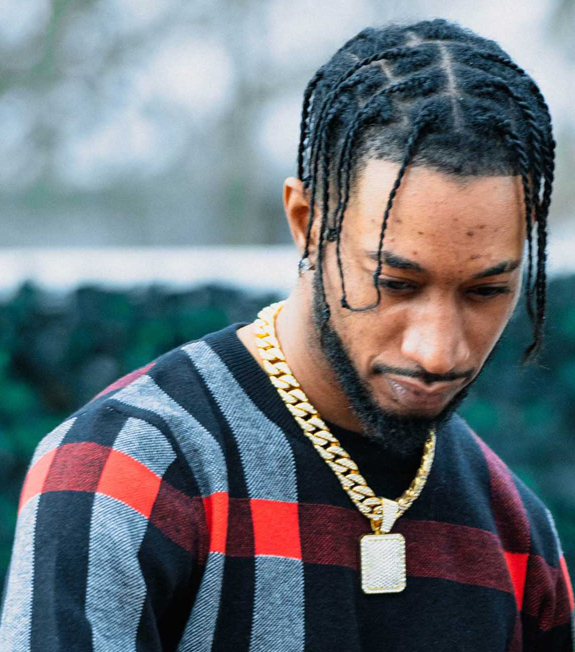 The trajectory of Dancehall music as a whole has taken an interesting turn over  recent years. There seems to have been a cultural shift along the way in Jamaican music, from songs that inspire, encourage enjoyment and promote dancing and feel good vibes to songs that convey illicit activity, gangsterism and hype. In the past month a video surfaced on social media that went viral as it depicted a female patron at a local party in Jamaica, demanding that a certain type of music  be introduced by the selector that was tasked with playing the music on the given night. The video was shared on social media over three hundred thousand times and sparked conversations about the state of the dancehall party scenes in Jamaica and who were the culprits behind the  degradation of the dancehall party scene.

Sheldon “Killaimij” Thaxter of Killaimij Records, who is a Jamaican, California-based producer, regards his latest release, Clock Tick Riddim as the rebirth of feel-good dancehall music. According to Killaimij, he intends to not contribute to the issues that plague dancehall while illustrating  a variety of factors that lead to the absence of feel good music within the party scene. “ The party scene right now is not tailored to the people. There are too many gun songs, scamming songs and hype songs. I can barely hear any songs for the females at the parties, where did the dancing songs go? Where did the feel-good songs go? Then you have the issue with selectors playing for a paycheck. Honestly, it’s rotten to the core.” Killaimij told Disrupt Magazine.

Killaimij’s opinion highlights an avalanche of issues that have been affecting the state of Dancehall over recent times. It’s fair to say that there has been a cultural shift within the Jamaican music scene. Some might even argue that there has been a shift from a song-driven music industry to a paid-driven music industry. Nowadays, dancehall parties, both local and international, are dominated by segments where the presiding selector accepts monetary gifts in order for certain songs to be played. The conundrum from this action arises when selectors enter these parties with motivations of playing for the money and not the people. As this trend became popular over the years, it developed into a detrimental cycle.

The fact that many of the selectors have a predetermined selection of music they are willing to play, that is not motivated by the entertainment of the patrons but by the reward of money is a major issue —- which consequently, encourage artists to continuously make a certain type of music that is tailored to the selectors’ play preference. This only further aggravates the matter as Dancehall artists and producers become reluctant to create certain types of music because of the fear of it being rejected or ignored by the conveyors of the music. Those of which are popularly known as selectors. Killaimij agrees as he told Disrupt Magazine that “The selector, the artist and the producer all have a vital role to play in the welfare of our music and how it is disseminated. We should all take responsibility and do our part to change the game. That’s what I am going to do as a producer”, he said.

Popular Dancehall selector Footahype shares a different perspective concerning the lack of feel-good music within the party scene. According to Footahype, the blame should be laid at the government’s doorstep as they are the ones that hamper Dancehall parties with their absurd timing restrictions. “ The number one problem is the government with their clueless lock-off time restrictions. This disallows certain music segments at dancehall parties to be featured. A lot of girl songs are played at the party, a lot of feel-good music, but when they are played the patrons have not arrived at the party as yet. This issue goes back to the timing problem. We do not have enough time at  parties to play all types of music. Blame the Jamaican government, not the selectors”, Footahype said.

Rising Star NORD is a Fresh New Talent from Oregon