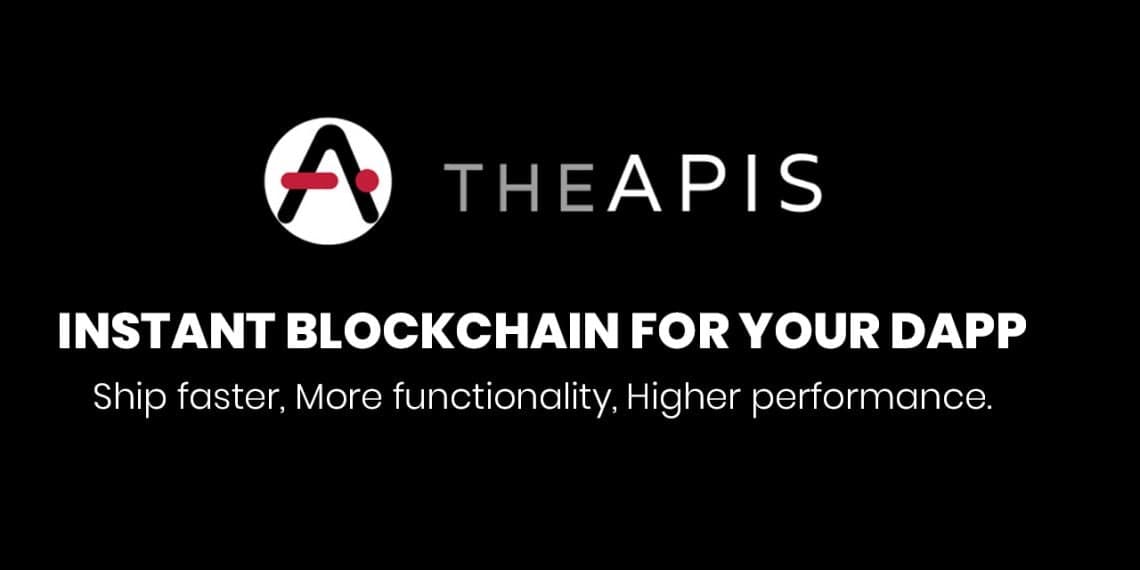 APIS is led by a team of innovators on a mission to change the future of the internet. With the uptick in popularity of cryptocurrencies, admittedly few people understand the technology behind Ethereum, Bitcoin, or other blockchain-native assets. What the founders of APIS want the world to understand is that access to these has the potential to transform the financial, logistics, and media landscapes as we know them. Decentralization and democratization are two of the largest facets of their long-term vision for change.

That vision is the result of years of relentless research and hard work.

The current landscape for developing blockchain technology requires some serious engineering knowledge. Developers have to learn new languages, analyze old and new smart contracts, and maintain nodes and validators for multiple layer-one and layer-two solutions. On top of the steep learning curve, even the smallest mistakes can have extreme ramifications: errors in just one line of code have repeatedly led to exploits of tens of millions of dollars. Only people with in-depth experience and understanding can simplify this process. And that’s exactly what the team behind Project APIS have.

Creating a read-write solution for blockchains has seldom been attempted due to the major barrier of scalability. Project APIS is architecturally decentralized but logically centralized, making it possible for client-side developers to reference common API formatting structures (RESTful and GraphQL endpoints) for reading and writing to public blockchains.

“We make it a one endpoint where any engineer with a little experience can access it without knowing what’s happening behind. We tried to build something higher level and simpler so we can onboard more developers into the blockchain ecosystem. That’s the goal of this project. We started indexing blockchains so people can read and write to them without having to sacrifice months of their time.” – Calvin Pak, Co-Founder and CEO of APIS.

For the APIS to be useful, it must expand the number of builders of blockchain-based complications. After initial product-market testing, the team at APIS pivoted toward a north star: a system where people could build blockchain apps without writing blockchain code.

The benefits of systems like these have long-eluded the average person. The APIS seeks to change this narrative, and to begin a Cambrian explosion of blockchain-based development, asking questions like,

“What if your business could create its own savings app?”

“What if your business could offer its own spot and derivatives exchange?”

The team is currently hard at work doing demos and testing, tying up all the endpoints that are needed to support the most desired applications, namely those pertaining to decentralized finance (DeFi), non-fungible tokens (NFTs), and data analytics.

If users want to pre-read the borrow rate of a lending protocol, that endpoint can be provided to them.

If users want to send cryptocurrency to a vault where they can earn interest rates, that endpoint can be provided to them.

They are actively developing solutions based on real-world use cases so they can onboard developers with a purpose.

While busy providing real-world solutions for non-specialized engineers and coders, the APIS team has also broadened their scope. Even in the more developed Web 2 market, there is a massive movement towards no-code platforms. Programs like Bubble and Appgyver, which allow users with no coding knowledge to build apps for all form factors, have experienced rapid growth. No-code platforms are projected to grow at over 30% annually over the next decade, reaching a market size of over $100bn by 2030. Already, no-code applications have garnered significant traction from users. There’s a low barrier to entry which unlocks immense possibilities; entrepreneurs globally are taking advantage of it.

The experts at the APIS are focused on creating no-code solutions for builders globally. For example, they are currently testing the idea of how to build a crypto savings app without writing code, implementing an integration with Bubble. This exploration has led to early-stage development of systems that will eventually allow anyone to create their own APIS gateway, or, put otherwise, their own no-code solution, such as Bubble.

APIS: at the forefront of a revolution

Web 2.0 has harbored an information liberation. It is easier than ever to uncover knowledge. This alone has revolutionized and empowered an entire generation. One of the few arenas that remains centralized is digital middlemen, from financial institutions to media aggregators to logistics oligopolies.

Against that reality, the blockchain technology solutions put forth by the group at APIS could literally change the world. These solutions could render the end of centralized bookkeeping, instead leading to a decentralized world where products are delivered to consumers without extractive middleman fees. To boot: the monopolization of this sphere by big banks and global internet institutions could, one day, be in the rearview mirror.

The change-making projects the team at APIS is working on are just the beginning of something big. And it’s safe to say this company will be a major part of what happens next.

Top Node.JS Applications To Inspire you to Hire Node.JS Developers