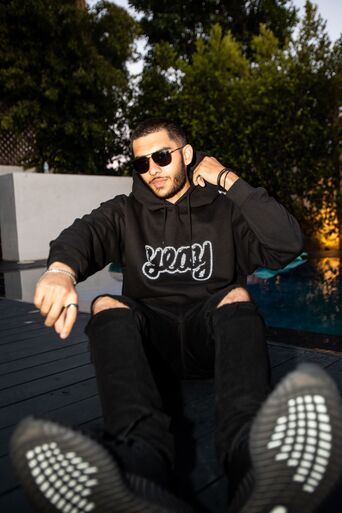 Disrupting any market is not easy. It needs unique strategies with a well-executed plan to outshine its competitors and remain relevant, but sustainable. Faisal “Vice” Wardak, through his methodologies, has been able to bring a new face to the social media, music, tech, and entertainment industries. Now working with major music labels, large app companies, content houses, and many more.

Purgion became the name for Vice and his esteemed team of leaders. Transitioning from a traditional social media agency to an untraditional media company. Being that the issue was that nearly all social media agencies couldn’t fundraise properly with investors. Why? Because they lack a proprietary system. Agencies are usually relationship-based so if you take out a specific individual, the relationships will follow. Therefore Vice decided to build an untraditional media company through copyrighted content and building technological systems.

Through his journey near the closing of 2020, Vice met two wealthy individuals particularly interested in his works. One of them being a hedge fund owner and another being a very wealthy industry entrepreneur. Offering him a partnership in exchange for a few hundred thousand dollar investments. One of which he agreed to but later regretted seeing that he was pulling in more revenue than that. Rather than going and spending their money, he left it untouched and asked to go their separate ways as they declined to throw in higher capital investment with lower equity stakes. Which in turn angered them and caused them to not allow him to use the company

name without their permission. Thus, Vice ended rolling as a sole proprietor until the founding of Purgion in April of 2021.

Vice created the name through historical concepts. One of which he regularly preaches. The concept and ideology behind Alexander the Great’s empire expansion philosophy. Alexander was seen to be one of the greatest conquerors of all time. Yet many fail to realize not all of his empire was reeled in through bloodshed and warfare. Some of it was claimed through exchanges of royalties for protection. Purgion is founded on the concept that it can aid in the rapid growth of any business model in exchange for a percentage of it. Vice believes that instead of opening all these businesses, why not help new ones become strong and successful for a small percentage in exchange. That way everywhere you go, a piece of home is always with you.

Purgion is still bound to this concept today. Going to restaurants, brands, you name it. . Purgion was Conceived to purge the market.

How Purgion Does It Differently

Though they do app downloads, brand awareness, product promotions, and many more Purgion have heavily invested in the music space recently. Being able to do full marketing rollouts for artists, whether they are signed to a major or new independent. The sheer reach this team and company have is beyond anything seen.

Who Is Jay Styler? Meet The Beauty Influencer Taking Over Social Media