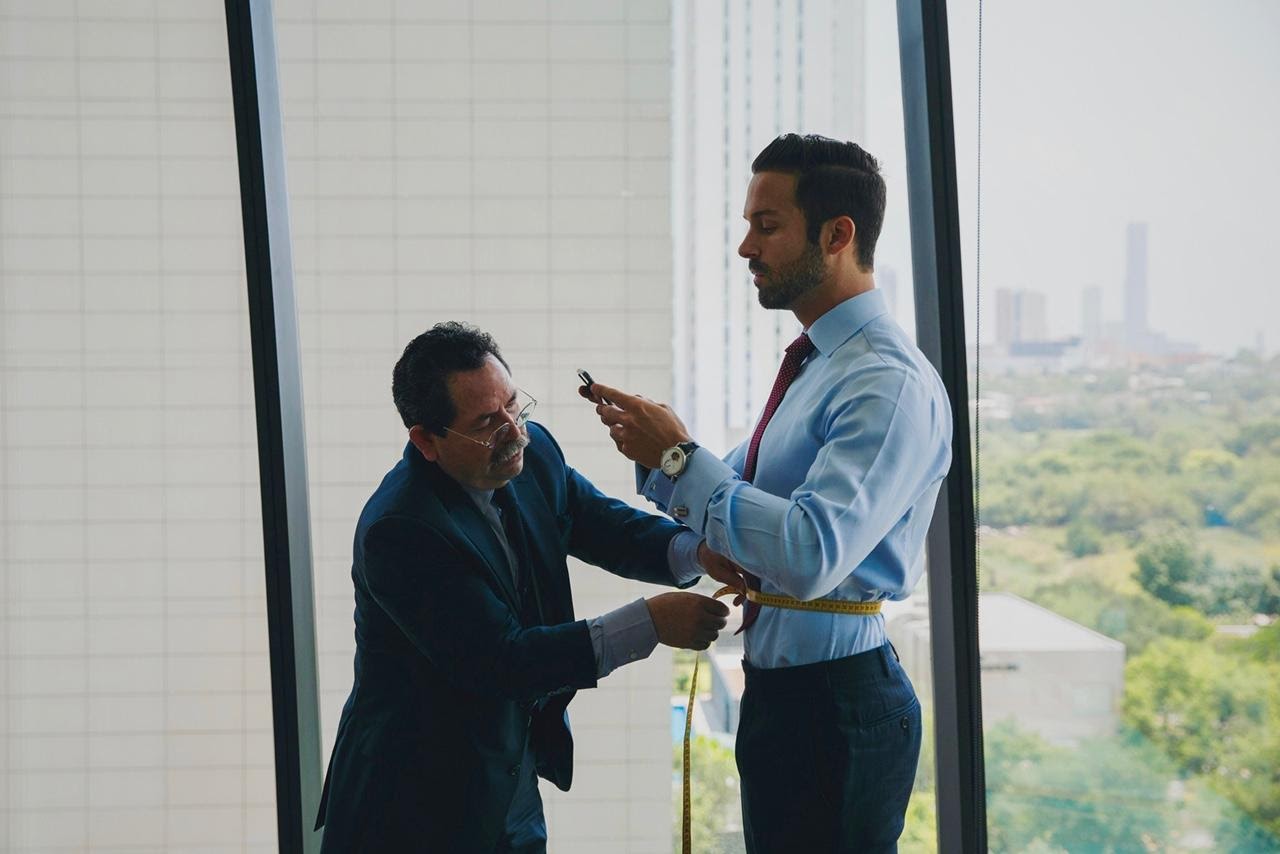 With a family whose entrepreneurial history dates back to 1906, Guillermo “Memo” Salinas continues to make a name for his family and himself nearly 115 years later. After completely revolutionizing the retail economy in Mexico in the 1950’s with their conglomerate business called Grupo Elektra, the Salinas family set out to make a difference in industries far and wide across Mexico and Latin America.

Today, with his hand in various economies such as law, finance, construction, e-commerce, retail and even philanthropy, Salinas continues to carry the reputation of his family’s name. Most recently, the young entrepreneur made a deal with Jordan Belfort, better known as “The Wolf of Wall Street” to collaborate together by bringing Belfort’s “Straight Line Hiring” program to Latin America.

We recently chatted with Memo to hear about his new partnership with Straight Line Hiring but also about his family’s history of business in Mexico and how it has shaped him into the businessman he is today.

Growing up in one the most respected families of Mexican entrepreneurs, how do you think your upbringing was different?

Well since my family has always been raised under a “hard work first, more hard work second, and personal reward comes last” mindset, my parents never really bought me expensive things, even if they could afford them. Of course, when I “deserved” it if I made amazing grades in school or did well academically, I would get some presents here and there, but nothing even close to what other affluent friends of mine got for the sake of it being, say, a Friday.

Do you think you learned things most kids didn’t from a young age?

I learned quickly that nothing is for free, things take time, and that the place where I was born comes from a place of hard work and effort from the legacy of the elders in my family. Young kids especially— the ones from “rich” families here in Mexico, have this issue with wanting to stand out by showing off their wealth through possessions like watches, cars, etc. and it’s funny because it’s not their personal wealth, it’s their parents’ and sometimes even their grandfather’s. As soon as you have a conscience it’s ridiculous to think that what you were born into is yours or you deserve it.

I think they all did in their own way… My great grandfather was a hardworking man, very ambitious, but in a moderate way. I’ll never forget the day he told me before lunch, “Stop eating walnuts, you will ruin your appetite for the good food.” I was five years old and learned that better things come if you have patience. .

My grandfather taught me that there is joy in the little and simple things in life, and that you might have the best of the best of everything from a material standpoint, but at the end of the day it’s worthless if you don’t have your family, and loved ones together. Also he taught me the importance of reading. His mind is like a library, he just knows so much. He is for sure the man that knows the most of anything and everything that I know, and I know a lot of old smart, intellectual, and well read people.

From my uncle, I learned that you must hire the best people at their task/given position. I learned to trust in your selected key people and delegate almost 100% their work and decisions to see the managed business thrive with productivity.

My father taught me hard work. He told me, “Life is work, and the quicker you will realize it, the happier you will be.” This made me think a lot because if you WORK at what you LIKE/LOVE to do, you will be happy every day.

Following in the footsteps of a multigenerational entrepreneurial family, how do you see yourself differing in the way you conduct business in comparison to your elders before you?

I don’t see much change. The basic principles withstand and will always be the base of business. “THE IS CLIENT IS FIRST!” or “The Client Rules!” That’s #1 Rule. This would probably apply that to the technology side of my business the most since technology changes every day.

With such a diverse background and so much experience in so many different areas of business, how do you maintain a sense of cohesion across all areas of your businesses?

I have learned to delegate and trust certain key people. I have learned that I have to hire people that are BETTER than me in their specific area, and not to let my ego get in the way of that, and let them do their area of work their way, which they know better than me.

Also every institution or company that I manage has something to do with the other in some way. At the end of the day, I am the one putting in the money behind them.

Is there a business or industry that you tend to gravitate toward more? Do you have a favorite?

Finance. Everything about it. Investing, financial and fiscal planning and efficiency, financial advisory… Possibly banking later on in my career? I want to grow these companies as much as I can, bigger than any other.

Can you tell us about the journey of your business DECAS and how it led you to create AXIS?

Well DECAS (construction company) first of all was born in an era when construction in my city of Monterrey was booming, so it was relatively easy to grow if you worked hard for it. But around 2010 things got a little sloppy and I was struggling to keep fixed costs at the lowest for my company, which turned me to focus more on the financial side of DECAS making way for the birth of AXIS about two years later. Forming a group of companies with activities in financial services, financial planning, financial advisory, construction, marketing, transportation and law.

What inspired you or incited you to establish EXISTE ABP? What was that process like?

It’s something that happened one day to the next. I was at my apartment in Mexico City, around April 2013 and a girl I was talking to told me: “Memo, You should go do things for people.” And I was like “What? What do you mean?” and she told me “You have a lot going in your life. You seem to be having fun, to be financially stable, to be happy, etc. Why don’t you go ahead and give back, whatever/however you can?” And I told her “You know what I am going to start my own foundation but it won’t have my name, so it really serves as an honest, real purpose and it will inspire people want to be involved in it for good.” And that’s the day I decided to establish EXISTE ABP.

Growing up in Mexico, do you feel you had any advantages and/or disadvantages when it came time to launch your career?

I think Mexico really serves as a solid realistic ground for launching a business, because if it’s good, it’s going to show real quick. People here have money, not credit, so they are very careful about what they’re going to put their money into and why, versus the rest of the first world’s countries in which their entire economy revolves around credit etc. It’s easy to spend there; over here, no. So any product or service you are selling, if it’s not good, you will know it fast.

Can you tell us a little bit about how your partnership was established with Jordan Belfort and Straight Line Hiring?

I met Jordan in Las Vegas one night at an Aerosmith concert and we clicked very quickly. I talked to him about how much potential Mexico has in future young talent and how much more than ever before people are eager to learn quickly and become independent, and how schools don’t really teach them to develop to their full potential. That’s when he told me about his Straight Line Hiring program and I told him how we could establish that in Mexico to make it work to the needs of the Mexican people.

What are some of your goals and/or desires for your partnership with SLH?

#1 to create the most efficient, most intelligent, and best future salesmen and women for the great Mexican companies and corporations which I have seen first-handedly how they lack tremendous sales force talent.

Looking ahead, what are you anticipating for your future professionally? Do you have any goals/ideas/new ventures that you’re pursuing?

I think I have a lot on my table to work with for now. But one thing is for sure: Growth, growth and GROWTH! And to always be the best of the best in what I do, and always give back.

Related Topics:Guillermo “Memo” Salinas:
Up Next