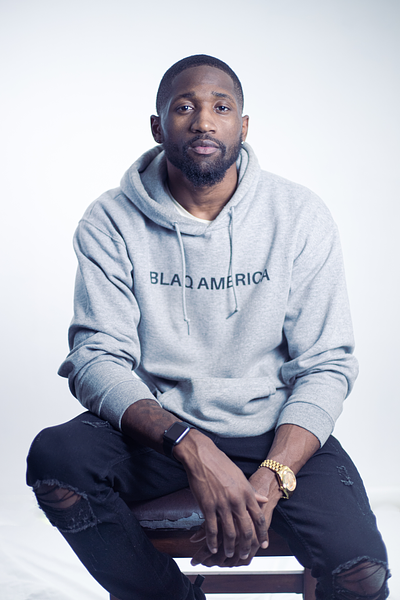 The world is constantly changing with technological innovations that have disrupted what was normal to open up a new can of possibilities. Technologies such as bitcoin brought conversations about the future of money. Suddenly, the possibility of having a decentralized economy became possible.

We talked to one entrepreneur, Quiane Crews, to uncover more about how he is working to make a decentralized economy a reality through strategic partnerships.

Quiane Crews is an artist and entrepreneur. He has a strong background in eCommerce and marketing and has been setting up and operating his businesses since 2015.

Quinae has founded several businesses. He is the founder of a fashion brand called Blaq America. Quinae is also the co-founder of Blaqcoin, a community-driven BEP-20 token developed on the Binance smart chain.

Binance was launched in 2019 to facilitate fast, decentralized trading. This blockchain solution has grown to the largest cryptocurrency exchange platform in the world. Although not yet globally adopted, there’s growing adoption of digital currencies in business. Presently there are more than 300 million crypto users in the world. The year 2021 was the inflection point toward the global adoption of this digital currency. Since then, global companies like Tesla and Square began declaring bitcoin reserves. What’s more, payment companies like Fintech began accepting crypto as part of their services.

Quiane is not one to bypass opportunities. As an e-commerce expert and a merchant, he perceived that digital currencies and a decentralized economy are the future. He set up Blaqcoin to bring together symbiotic communities worldwide that teach the future of crypto agriculture, self-love, community love, community involvement, and wealth building.

Quiane is the founder of the brand Blaq America. He started the brand in 2016 and initially focused on selling his own brand of shoes. Over time, his brand identity became popular, and many people wanted to be identified with his brand. Quiane decided to expand his product offerings and introduced different products and services under this brand name.

Quinae’s aim as a leader is to build a community around this brand that’s out to encourage unity, equality, and respect. Blaqcoin is an example of his vision. The platform helps people make money. He points out that traders in Blaqcoin can smart contract without the need of a middleman and without compromising authenticity and credibility.

Quinae is working towards building a new decentralized economy through strategic partnerships. He has partnered with Brent Beeman, the former CFO of Chase Bank and Huntington National Bank. Brent is also the co-founder of Blaqcoin.

Quinae states that a couple of hedge funds are looking to put seed capital into Blaqcoin. They are working on extending their services through strategic partnerships.

The Blaqcoin platform is among the leading ecosystems with a decentralized economy. No matter what happens in a person’s country, state or locale, that person can continue trading without disruption. A platform is a viable option in these intermittent economic times.

Blaqcoin is also a platform that empowers its users as 4% of every transaction is redistributed to all Blaq holders.

You can learn more about this decentralized economy by checking out their website. What’s more, you can stay updated on the latest from Quinae’s Blaq America via Twitter.

The Complete Guide to Shopify: How it Works and Strategies for Success