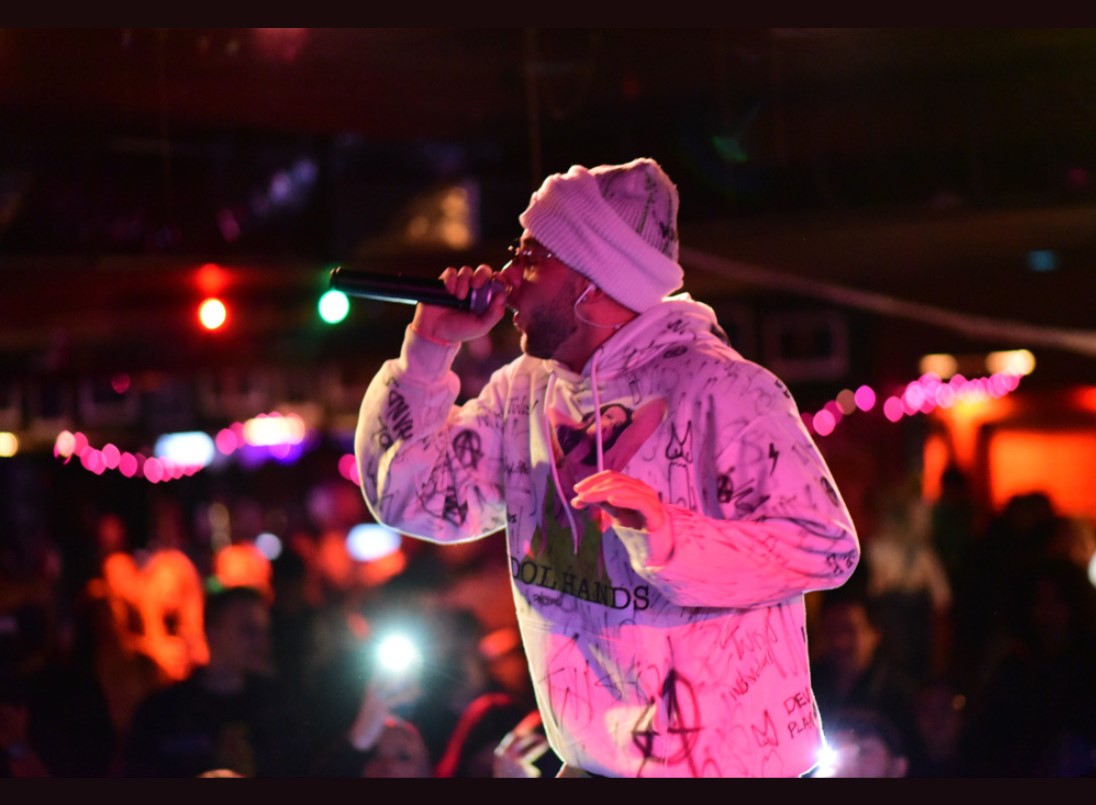 Rabz is an upcoming hip hop artist from Long Island, New York. Originally inspired by the likes of Mac Miller, and Juice Wrld, the creative has been making major strides in his career as a performer. We got a chance to sit down and discuss some things with him. Check out the interview below:

Growing up with divorced parents was a valuable lesson. It showed me things don’t always go as planned, but that doesn’t mean you just give up. I’ve definitely applied this lesson when dealing with my own problems. My dad owns a bar which showed me that you can be successful in a non-traditional job and this encouraged me when I decided to pursue music. As a kid, I would sit at the bar during the day and listen to conversations that customers would have. Being able to hear hundreds of conversations between a lot of different people caused me to develop an open-minded view on life and taught me that everyone experiences things differently.

I’m from the suburbs of Long Island, New York.

I played the trumpet and drums in the school band and sang in chorus through middle school. When I turned 15 I started feeling more creative and began writing.

In high school, the rappers were the cool kids and I wanted to be like them. I knew I had musical talent and figured I’d give it a shot. I started by freestyling at parties and continued to get better. I didn’t release any music until after I graduated though.

One night, my house was broken into and all my valuables were taken from me. I felt dead inside that someone I personally knew turned against me. I realized at this point that things couldn’t get any worse than they already were and I had nothing to lose. I changed my instagram handle to rabzdied and this was a pivotal moment in my career. I wasn’t afraid to talk about my struggles anymore and injected a lot of emotion into my music. I adopted the mentality of, “You can’t kill me if I’m already dead.” and became more dedicated to my career as an artist than ever.

I am currently independent and prefer to stay independent for the near future. I am not opposed to signing with a label, but I want to be more established as an artist if I am going to strike a deal with a major. I do not want to let a label compromise my situation by throwing money at me. As an artist, I believe that you need to be as big as possible on your own before signing with a label. This way you are seen as a priority for the label and not just any of their 100s of artists. I plan to be working with a label, not for one.

When I first started writing, Mac Miller was a big inspiration for me. In high school, it was still weird to be a white rapper and he showed me it was possible. He wore snapbacks, nikes, and looked like a normal dude which was encouraging. After my house was broken into, I listened to a lot of juice wrld because he was just starting to get some buzz. He showed me how to put my emotions into my music and not be scared to share how you honestly feel. Currently I am inspired by whatever Internet Money is releasing. They find dope artists with very small fan bases and break them into the industry. They don’t care about clout or streams, just making great music.

Don’t be afraid to talk about real shit, whether by yourself or with others. Bottled up feelings lead to destructive behavior and although difficult, it is better to identify your feelings and face them than bury them and let it eat you alive. It’s common to deal with some type of anxiety or depression and you’re not weaker for feeling those things.

I have a lot of music recorded, but I am currently transitioning my style of heavily alternative (think Machine Gun Kelly’s most recent album) to alternatively influenced but with modern drums and pleasing melodies. I grew up listening to bands like Blink-182, Boys Like Girls, and Fall Out Boy and their styles have been influencing me lately as the sound is starting to become popular again. I don’t plan on releasing much of the strictly alternative style because I am aiming to reach a wider audience with the modern alternative 808 driven songs. I might release one alternative song for my fans called Don’t Leave Me.

My greatest achievement as a musician is getting my music played on the Hot 97 radio station. I listened to that station everyday since I was about 10 years old and being able to hear my own music on the radio was surreal.

I’m learning to produce my own music, but I’m not there yet. In the meantime I work with producers like Hennytrack and OVRCZ. I also like to find small local producers who I feel are very talented, like rals, and build with them from the ground up. I enjoy finding producers who aren’t popular yet because I believe it can be difficult to create opportunity and like to help however I can. Status isn’t important to me, I’d prefer to work with people I believe in and have a connection with. That’s when I create my best music.

I’d love to work with Charlie Puth. I have a lot of fun bending genres and experimenting with new sounds and Charlie can create so many different vibes. Someone I’d like to work with more similar to my style is The Kid Laroi. He is still up and coming, but I believe he has a lot of potential and he doesn’t miss when it comes to showing his emotions in his songs.

I have a song that just came out that I shot a video with a director named John Fitzpatrick, it’s called Paranoid. Paranoid is about trying to find “your way back home” or your center, but you’re always getting distracted by temptations or things you didn’t plan on. In the video, I pass out and wake up on the beach. I try to find my way home, but instead I get distracted by drinking, partying, and girls.

My next planned single is called Don’t Leave Me and it will be released before the end of the year. The song is an alternative styled track about knowing the person you’re with is “the one”, but they have other plans. I share what it’s like to step inside my mind and experience what it feels like to deal with my insecurities when it comes to relationships.

I wake up and usually skip breakfast. Then I either have a cup of coffee or roll one depending on my mood. If the weather is good, I’ll go skate or get some food with my girlfriend. Our two favorite spots are Mission Taco or Samurai Hibachi in Huntington Village, Long Island. After that I usually lock into the studio for the night either engineering sessions or recording myself.

You can listen to Rabz here