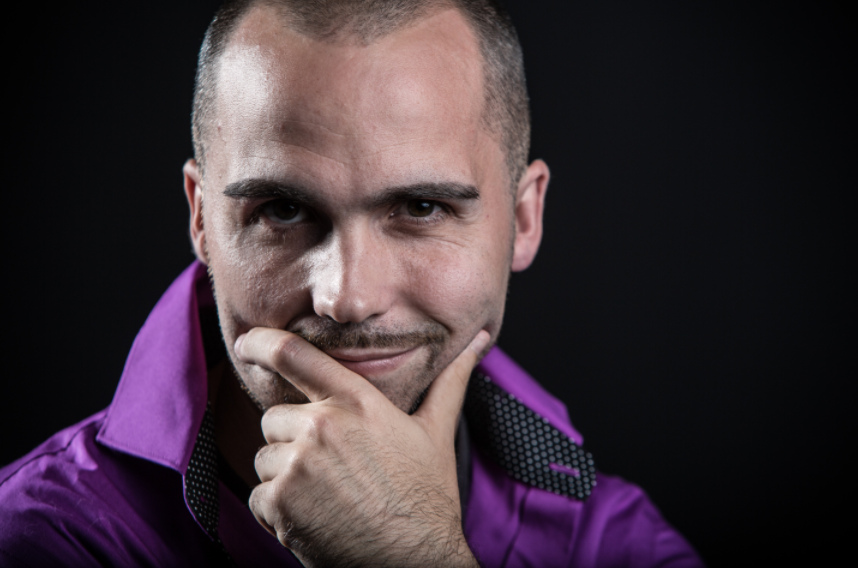 It is often said that music is not only the language of the soul but also the universal language of the world. The beautiful thing about music is that it manifests its frequencies in unique ways, depending on which culture you experience. It’s not only life-giving energy that brings people together, but it’s also a transformative vehicle in which one can have an encounter with the Divine and have the ability to have self-reflection with oneself. This is no different when it comes to the Chrisitan Tradition, which is well recognized for its awe-inspiring, spirit-filled worship music, like Bethel and Hillsong Music. However, in the last decade, Christian music has transcended the stereotype of just being known for hymns and worship music and has infused pop culture with its own relevant urban and contemporary sound that has been pioneered by artists such as Lecrae, Group 1 Crew, Toby Mac, Lauren Daigle, and Radikal Hughes.

Radikal Hughes, whose real name is Dan Hughes, is the popular American Christian rapper, songwriter, influencer, and revivalist from Las Vegas, NV, who continues to use his faith-infused music to shape culture, impact generations, and evangelize to nations. True to the “radical” part of his name, Hughes is truly an “out of the box” thinker, unorthodox believer, and a unique artist that has captured the hearts of a massive fan base across the world from all walks of life. Radikal Hughes is indeed this very icon that has ignited this massive global community called “Radikal Nation” that is impacting the world and spreading across social media like wildfire.

Radikal Nation was not a global movement nor a community that Hughes had planned for; however, the movement and the community was birthed in a very serendipitous way when Radikal Hughes started steaming live on an app called Periscope with an intention to promote his latest album Radikal Nation. Hughes quickly realized that his audience not only resonated with his new album, but they were also seeking something that would transcend the music, which was a real and authentic connection not only with Radikal, but with one another.

Since then, this international, cross-cultural, faith-driven movement called Radikal Nation was born, with the primary mission to unify people of all backgrounds, even those who don’t identify as Christians. The movement amplifies one core message: “Awake, Live, Inspire.” Radikal Hughes shared that his movement has helped people to awaken to who they truly are, helping them to live their life to the fullest and to give back to inspire others.

Hughes shared that he has countless testimonies of how this movement has prevented suicides, restored relationships, provided clarity and healing, and has brought its members an inner peace and a deeper understanding of this mystery called life. “This movement has been monumental in people’s lives, and as odd as it may sound, it has become sort of a global family that transcends borders, transcends race, transcends organized religion, and has become something that is very organic and meaningful to people,” said Radikal Hughes. One beautiful thing is that Radikal Nation has provided people with a safe haven to have healthy dialogue, where they can learn from one another, and become part of each other’s lives. It’s only through having authentic relationships where we can really listen and learn from one another and have the necessary empathetic conversations on some of the most controversial topics that we are dealing with today. This global community has not only provided that, but it has amazed countless spectators, due to its peculiar nature, widespread success, and continual growth.

When asked where his intense desire to gather people from all walks of life comes from, Hughes shared that both as a human and as a Christian, it is his sole mission in life “To Truly Love God And To Truly Love People.” “I believe that you can’t love God if you don’t truly love people. They aren’t mutually exclusive, they are intricately connected. Bottom line is, if you don’t love people, then you don’t love God, and if you don’t love God, then it is impossible to love people, because God is love and God lives inside of us. I also believe that if you go through life just going through the motions without knowing yourself, knowing your purpose, aware of your worth, or without having a true encounter with a loving God, then your life is a complete and utter waste. I believe that is why so many people struggle with depression and mental illness today, because we as a global community have been pushing tradition and ideologies instead of a personal encounter and relationship with a living God that can’t be understood by any of us. We as humans were created for relationships, and a life lived full of loving relationships is what makes life worth living. A relationship with the divine and following the way of Jesus is what I believe helps us be at our best as humanity.”

It should be mentioned that instead of focusing his attention and energy strictly within the Christian community, like many artists do in his space, Radikal Hughes has taken and continues to take a completely different approach by taking his music outside the four walls of the church and by becoming relentless in his pursuit of sharing his gospel message to a hurt and dying world.

Meet Liam McTigue: The Man Who Never Gave Up