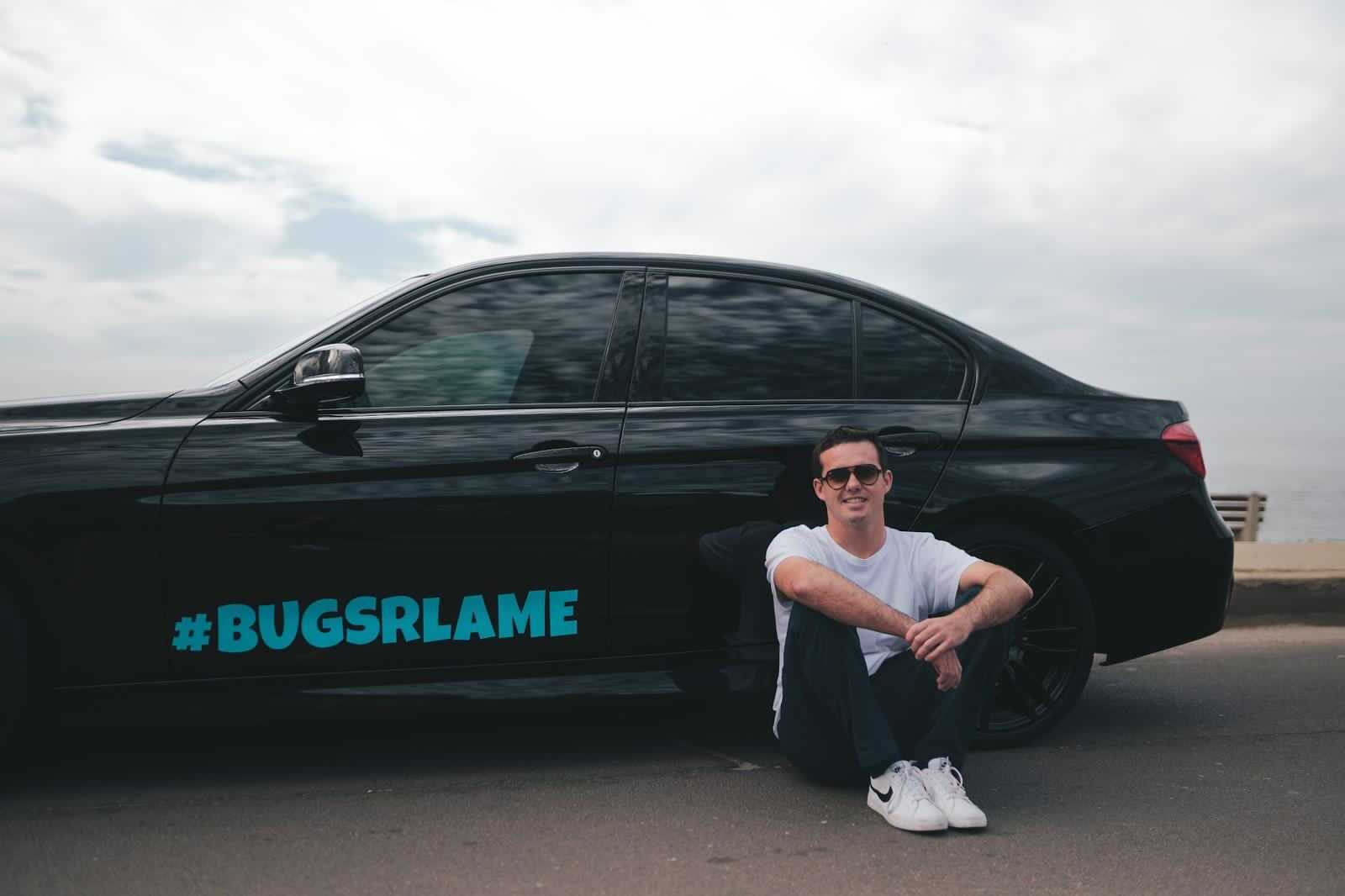 Liam McTigue runs the Bugs R Lame door-to-door sales team that represents top pest control companies, such as Terminix. He recruits, trains, and manages over 70 representatives to find new business and set up recurring accounts for the companies they are partnered with. Through his business he has achieved success that he can share as a contribution to his family, friends, and community. For him, financial freedom means money never plays a role in his decision making. Liam’s road to success was a long battle, filled with disappointment and failure. But he counts all of it as growth and stepping stones that got him where he is today.
When Liam started in pest control sales, he had reached a low point in his life. His dreams of being a pro surfer had been crushed, his father had rejected him, he turned to consuming and selling cocaine, and he was suicidal. Then, his friend Andy approached him with an opportunity to make 30k in one summer. With no other options, Liam gave it a try. Everyone told him it was a mistake. Since he was stubborn, and in the habit of blaming his failures on everyone else, Liam ignored the warnings around him. His experience was terrible, but without money to go home to Hawaii, he realized he was the only person in control of his destiny. He stopped blaming others for his reality and gained the confidence to learn sales.
As his success as a sales representative grew, Liam was able to recruit friends as well. Recruitment didn’t come without its challenges. Most people were skeptical of the business model, as they thought he was only trying to make money off of them. But as they saw Liam’s success and confidence grow, more and more people took the chance. His friends and students on campus joined him, even recruits from the local Starbucks. They found success making hundreds of thousands of dollars within a year.
For Liam, mindset is everything. No matter what you face, if you never give up you will reach your destination. Fear only means you’re not asking the right questions. “How” causes anxiety. “Why” gives you purpose and courage to face your fears. As Liam’s pro surfing dreams died, he had to experience the pain of watching his friends succeed. When he tried college (because that’s what you are “supposed” to do) Liam felt the agony of knowing he was on the wrong path. Then, when he was the worst guy on the sales team over the summer, he had no option but to turn it around. He became the #1 rookie sales rep by the end of the year. In the face of adversity, Liam never gave up—he just changed avenues until he found his destination. Staring down suicide, he never pulled the trigger.
Liam’s advice for anyone starting a business is to understand that shit will go terribly wrong. When things are going well, watch out, because this is when shit will go wrong. People will flake on you, they won’t like you, sales will decline, while expenses pile up. If you learn to accept this and learn from it, you’ll find success. Keep a strong mindset of success, then burn the boats and take over the island.
As Liam scales his business, he has his sights set on building up leaders underneath him. He plans to train these leaders to recruit, teach, manage, and motivate others. Bug R Lame sets itself apart from similar companies because they aim to invest in the employees to help them succeed. You can follow Liam on Facebook Instagram @liam_mctigue.
Related Topics:
Up Next