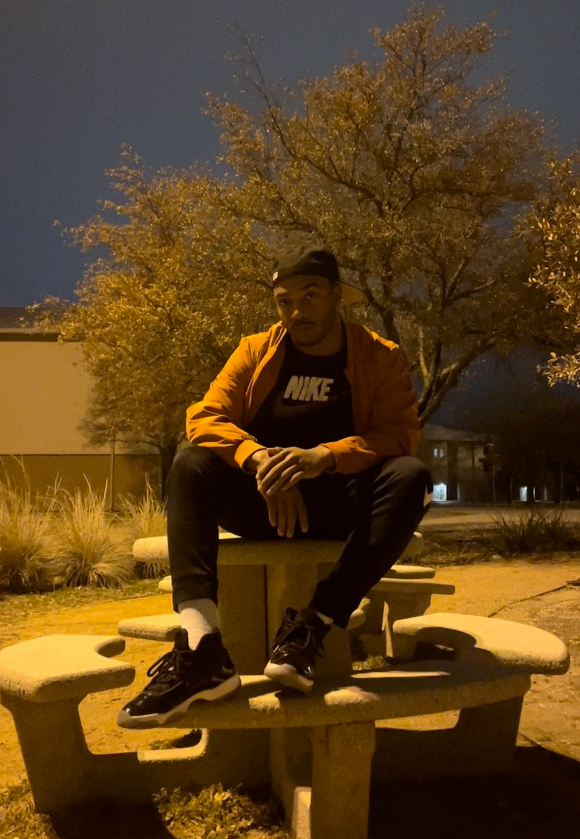 Darius Everett, also known as Jashon, is an up-and-coming artist slated as the next big thing from the DMV area. His drive to hone his craft, even while serving in the military, is a testament to his dedication to music. Jashon’s commitment also provides insight into his promising trajectory in the industry.

As the child of military personnel, Darius “Jashon” Everett moved around often growing up. He is a Virginia native and has lived in Germany, Georgia, California, and Maryland. Joining the armed forces himself was not part of his initial career plans, but it was a necessary decision for Darius to make. The amazing capacity to set aside his interests for long-term benefits is a thread that runs through his entire journey. He is currently stationed at Fort Hood, Texas.

Jashon’s desire to continue developing his artistry while serving in the army displays incredible foresight and authenticity. He admits to having difficulties juggling these two lifestyles, but he is putting in the work to fulfill his dreams. Darius “Jashon” Everett aims to secure the opportunity to create music as a full-time job. In service to that vision, he is already laying down the foundation for his future career as a musician.

Recently, Warner Center Music Group signed Jashon as one of their latest talents. The artist is working with former marketer La Fame and his Los Angeles-based label. They have been collaborating closely to put out new content. As a result of their talent, passion, and diligence, Darius “Jashon” Everett released a new single. The song has been streamed over 100 thousand times within two days.

What draws listeners to the artist’s works is his refreshing ability to stay true to himself. In today’s fast-paced and career-oriented society, it has become easier than ever for people to just go with the flow. The tragic tale of individuals being carried along by their circumstances and failing to realize their potential is now commonplace. However, Darius “Jashon” Everett exemplifies the possibility of going against the grain and manifesting his truth.

The powerful stories of independent people achieving their lifelong goals have motivated Jashon’s to pursue music despite the challenges. With the present era referred to as the age of disruption, Jashon knows that there is now a wealth of inspiring figures for upcoming talents to learn from. Perhaps more than any other time in history, the lives and experiences of industry leaders are readily available. And Jashon is making his own strides towards his dreams.

Holding on to one’s vision remains a massive undertaking. Jashon’s journey to arrive in places he previously could not reach requires courage. By developing these qualities, Jashon has experienced growth in his artistry and personality. Because of how he puts his heart into his music, his audience instantly recognizes that he is not like most mainstream artists. Darius “Jashon” Everett sings, raps, and is an all-in-one performer.

To tune into Jashon’s life and learn more about his journey, you may follow him on Instagram.