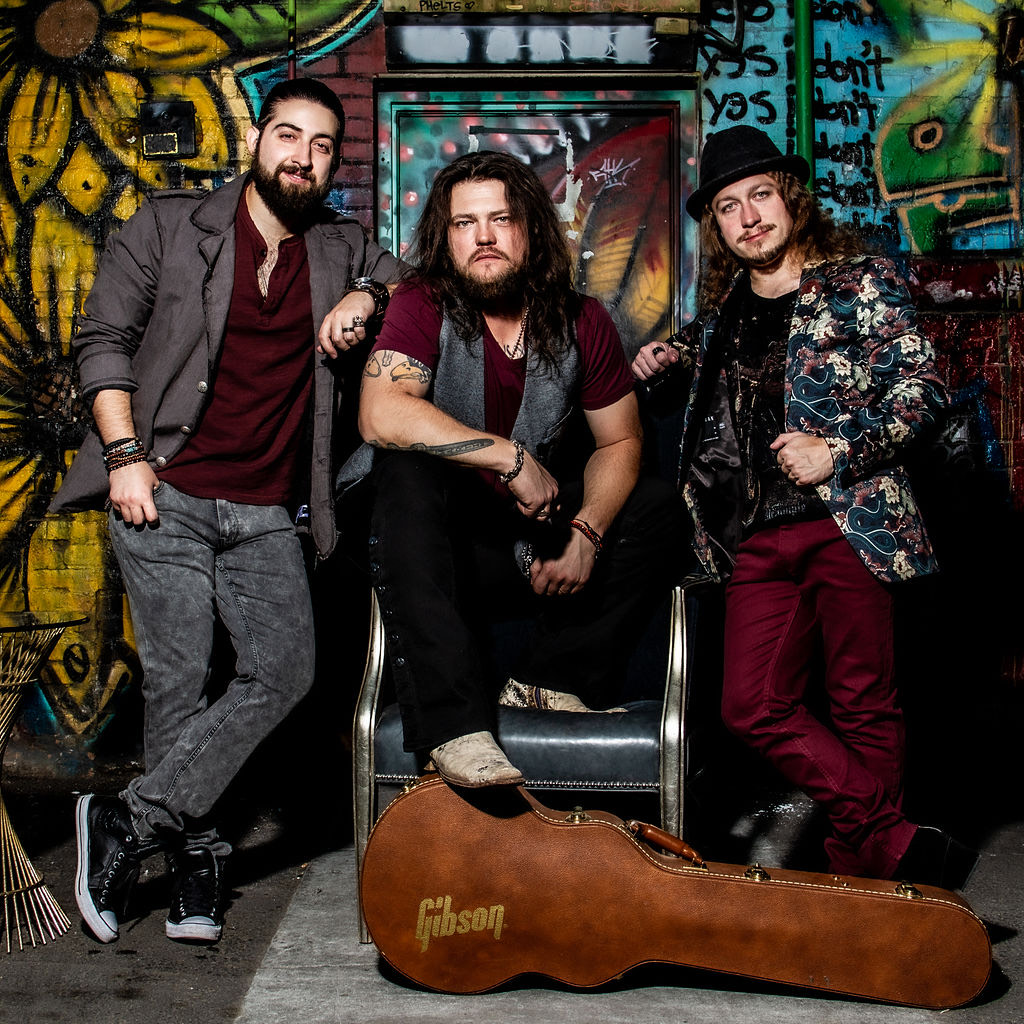 Radiofix is a three-piece rock band (Daniel Charles Martin (Vocals/Guitar), Benjamin Thurston (Bass),  Tim Schultz (drums) based out of Phoenix’s AZ. Their music is narrative-driven and emotive, covering a wide range of emotions and conducive to connecting with listeners who want to feel something. The band “sticks to the basics” and “writes from the heart” which makes for an authentic listening experience in an era often marred by over saturation and gimmicks. They also place an emphasis on their recordings translating well into live performances. I wish more artists took the time and energy to work towards a more symbiotic relationship between recordings and stage shows.

Three weeks ago, they released their visual for “The End”, a lead single off their latest album: “Meet Me At The End” (December 2020). The song and video feel classic ‘90s Alternative Rock in the best way possible. It’s exceedingly well-shot as the band jams on, kicking up dust, lead vocalist waxing poetic and even doing so atop a tour bus in the desert at one point. It legitimately brought  me back to a time when they played music videos on TV during the day and I loved every single second of it:

The album itself showcases a versatility from the band that blends seamlessly into a cohesive LP. Singer Daniel Martin says “This compilation of 11 tracks is definitely the most diverse we have ever put together. It blends traditional alternative rock and roll with melodic and piano forward songs, all of which are strongly hinged on the lyric storylines, which we believe is what sets us apart.” There are fewer “album acts” right now than in any other modern era of music. It’s always a breath of fresh air to find musicians who take pride in crafting a meaningful “novel” as opposed to always going the “short story” route and simply chasing the next single because it’s what an algorithm is telling them to do. Radiofix seems to have a way of holding onto such golden era sensibility while still playing smart in today’s climate and getting the most out the consistent, quality content that’s essentially a prerequisite to pick up any traction in the music industry.

Despite the Pandemic, the band presses on, completing their latest studio album this past December, along with correlating visuals like “The End” (which you can find below).  They’re also in the process of completing another full-length project which is a decision I can get behind, especially during a pandemic. Craftsmanship matters with this band, and it’s evident from the songwriting, the instrumentation, the videos, and the overall presentation. Hit the following links to give Radiofix a well-deserved like/follow/look/listen: